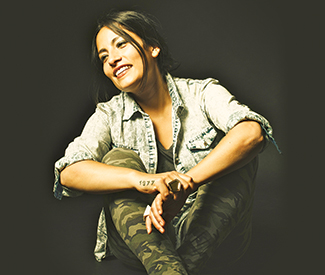 Tuckered out from Hardly Strictly Bluegrass? Yeah, us too.

Thing is, October — that’s San Francisco’s summer, if you’re a newbie — is just getting started. Next up is Treasure Island Music Festival (Oct. 18-19), now in its eighth year, aka your annual opportunity to look out at the bay and the twinkling city in the distance, pull your hoodie tighter around yourself, and say “I should come out here more often.”

Even if it’s the only time of year you find yourself on the isle, it’s a damn good one. TIMF is a beauty of festival, design-wise: Two stages within shouting distance of each other plus staggered performances throughout the day mean you don’t get caught up in festival FOMO. And the visual art and DJs it attracts thanks to the Silent Frisco stage pump it up with a distinctly San Franciscan flair (in case, for example, you ingest so much of something that the temperature and skyline aren’t enough to help you remember where you are).

Here are our picks for the best of the fest.

TV on the Radio
Very few bands can accurately claim to sound like the future and the past at once, but these Brooklyn rockers — who have been teasing singles from their new release Seeds, out this November — zoom pretty effortlessly back and forth, with bass, synths, keys, and horns that come together for a damn good dance party.

Ana Tijoux
We first fell for the French-Chilean artist’s textured, colorful blend of Spanish language hip-hop with jazz and traditional South American instruments in 2006 — when her collaboration with Julieta Venegas was everywhere, and we didn’t even get sick of it. Since then she’s only grown more intriguing, and less like pretty much anything else happening in Latin music. Check out this year’s Vengo if you need convincing.

The Growlers
Psych-y surf-punk from Costa Mesa that can help you visualize beach weather, regardless of that middle-of-the-bay breeze cutting through your clothes.

Ãsgeir
This Icelandic folk-tronica phenom is only 22, but he’s already been buzzy (especially abroad) for a good chunk of his adult life. We’re curious to hear how the lush songs off his debut album translate live.