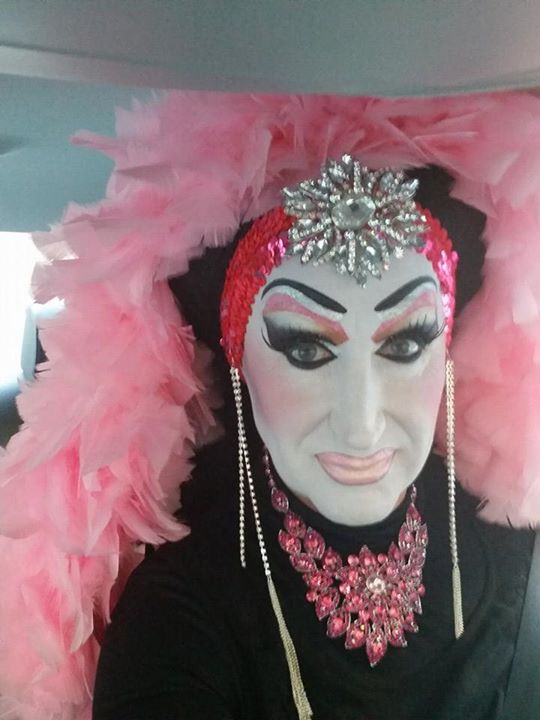 Put on your six-inch pumps and throw some glitter, the drag queens have won. After the newest round of negotiations with Facebook today, the social-media giant bowed to pressure and told Sup. David Campos, drag queens, and other activists it would change its controversial “real name” policy

“Drag queens spoke, and Facebook listened,” Campos told us in a phone interview just after the announcement was made.

As we’ve previously reported, the whole ball started rolling after prominent drag queen Sister Roma, of the Sisters of Perpetual Indulgence, was notified her Facebook profile would be deleted if she did not begin using her “real” name (actually, her birth name). Sister Roma then led the charge to change Facebook’s policy of using birth names versus chosen names (and Facebook’s tendency to shut down profiles of those who don’t comply). Facebook maintained it was alerted by the community about use of pseudonyms, which is a policy the company said was to report users who are stalkers, or frauds, using fake accounts.

But then it was used to out drag queens and other people who use pseudonyms for safety, or privacy in dividing their personal and professional lives. Now that will change.

“They began the meeting by saying the policy has flaws, and they will work with us to take all necessary steps to right this wrong, and take technical steps to rectify the situation,” he said.

Whereas in the last meeting Campos, Sister Roma, and others met with low-level Facebook officials unable to make decisions on behalf of the company, this time they met Chris Cox, Facebook’s chief product officer. Cox is part of the “M-Team” that meets with founder Mark Zuckerberg regularly on the new direction of Facebook, according to TechCrunch. He’s said to be affable, and perhaps that’s why Campos left the talks with a rosy outlook on future negotiations.

“We had an incredible meeting with Facebook, which began with them apologizing to the group and the community with how they handled the situation,” Campos said. “For a big company like Facebook to take that step, we were grateful.”

A photo from today’s negotiations, courtesy of Tom Temprano.

But perhaps also the pressure was wraught by a combination of factors: heightened national news coverage over the names issue, and a mass migration of Facebook users to niche social-media site Ello.

Either way, the changes are coming.

Campos told us Facebook said it would restore some deleted Facebook profiles, and work in concert with drag queens, activists and Campos to make significant changes to its real name policy, although exactly those changes weren’t identified. Still, the direction discussed at the meeting made clear that the “real name” policy would end.

Facebook did indicate it would seek another solution to verify real profiles from fake ones, as spam accounts are a problem it has highlighted in the past.

Sister Roma, a member of the Sisters of Perpetual Indulgence and lead organizer of the meeting said, in a statement, “I always knew that Facebook would do the right thing. The people who work at Facebook live in San Francisco and are part of our community. You can’t be a San Franciscan and not love drag queens. I’m just happy I’ll have my name back.”

I want to apologize to the affected community of drag queens, drag kings, transgender, and extensive community of our friends, neighbors, and members of the LGBT community for the hardship that we’ve put you through in dealing with your Facebook accounts over the past few weeks.

In the two weeks since the real-name policy issues surfaced, we’ve had the chance to hear from many of you in these communities and understand the policy more clearly as you experience it. We’ve also come to understand how painful this has been. We owe you a better service and a better experience using Facebook, and we’re going to fix the way this policy gets handled so everyone affected here can go back to using Facebook as you were.

The way this happened took us off guard. An individual on Facebook decided to report several hundred of these accounts as fake. These reports were among the several hundred thousand fake name reports we process every single week, 99 percent of which are bad actors doing bad things: impersonation, bullying, trolling, domestic violence, scams, hate speech, and more — so we didn’t notice the pattern. The process we follow has been to ask the flagged accounts to verify they are using real names by submitting some form of ID — gym membership, library card, or piece of mail. We’ve had this policy for over 10 years, and until recently it’s done a good job of creating a safe community without inadvertently harming groups like what happened here.

Our policy has never been to require everyone on Facebook to use their legal name. The spirit of our policy is that everyone on Facebook uses the authentic name they use in real life. For Sister Roma, that’s Sister Roma. For Lil Miss Hot Mess, that’s Lil Miss Hot Mess. Part of what’s been so difficult about this conversation is that we support both of these individuals, and so many others affected by this, completely and utterly in how they use Facebook.

We believe this is the right policy for Facebook for two reasons. First, it’s part of what made Facebook special in the first place, by differentiating the service from the rest of the internet where pseudonymity, anonymity, or often random names were the social norm. Second, it’s the primary mechanism we have to protect millions of people every day, all around the world, from real harm. The stories of mass impersonation, trolling, domestic abuse, and higher rates of bullying and intolerance are oftentimes the result of people hiding behind fake names, and it’s both terrifying and sad. Our ability to successfully protect against them with this policy has borne out the reality that this policy, on balance, and when applied carefully, is a very powerful force for good.

All that said, we see through this event that there’s lots of room for improvement in the reporting and enforcement mechanisms, tools for understanding who’s real and who’s not, and the customer service for anyone who’s affected. These have not worked flawlessly and we need to fix that. With this input, we’re already underway building better tools for authenticating the Sister Romas of the world while not opening up Facebook to bad actors. And we’re taking measures to provide much more deliberate customer service to those accounts that get flagged so that we can manage these in a less abrupt and more thoughtful way. To everyone affected by this, thank you for working through this with us and helping us to improve the safety and authenticity of the Facebook experience for everyone.