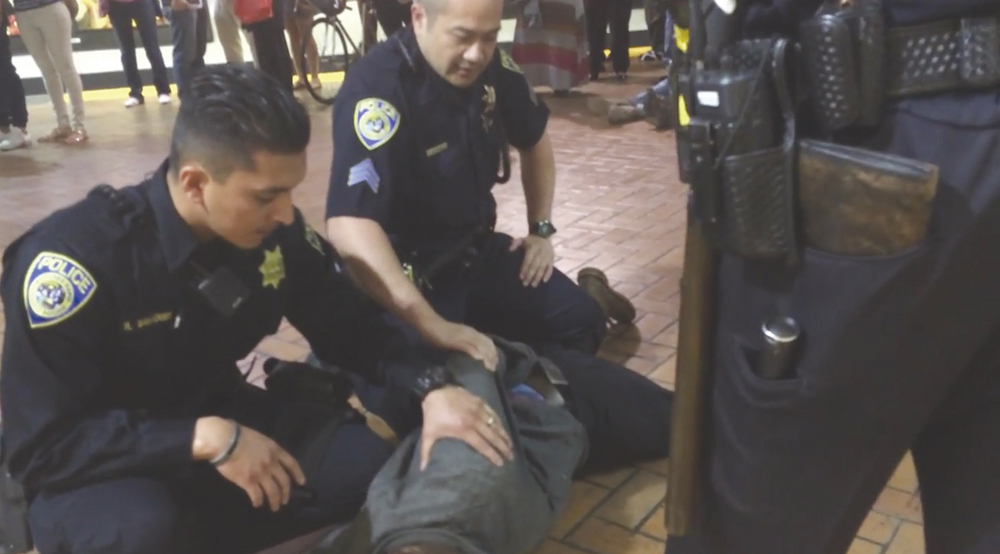 The Bay Area Rapid Transit Police Department has launched an internal affairs investigation after an officer tackled and subsequently arrested a suspect, the Bay Guardian has learned. The nature of the complaint leading into the investigation is not yet known, but statements from the suspect’s attorney indicate it may be racially motivated.

The man, his attorney alleged previously, was potentially racially profiled. Last week, the San Francisco Examiner reported a man was tackled and arrested by BART police in Powell Station. This man did not match the description of the suspect police sought, his attorney said, except for one characteristic: he was black.

When the Guardian asked BART Deputy Police Chief Jeffrey Jennings if we could look at the police report, we were denied due to an internal affairs investigation into the case. The man in question asked the Examiner for anonymity due to fear of retaliation.

“Understandably, he’s scared to take BART now,” Rachel Lederman, his attorney and the president of the Bay Area chapter of the National Lawyer’s Guild, told the Examiner.

Police were searching for a man dressed in black who accosted a woman in Powell Station earlier. But the man they tackled wore blue jeans and a grey jacket. After he was tackled to the ground, the man was charged only with resisting arrest, indicating officers concluded he was not the suspect they were looking for.

“The gentleman was charged with [Penal Code] 148, resisting/obstructing an officer while in the performance of their duty,” Jennings told the Guardian. “My detective unit filed the case with the San Francisco District Attorney’s Office and they chose not to prosecute him for this charge.”

But their reasons for suspecting the man they eventually tackled weren’t based on any part of his description, except his race, based on the information available.

About 6:55 p.m. Sunday, BART police received a report that a female patron had been grabbed and hit by a male panhandler when she refused to give him money, BART spokeswoman Alicia Trost said. The victim reportedly described the suspect as a black male who was wearing all-black clothing.

However, when officers arrived on the platform, they approached another black male who was wearing a light-gray jacket and jeans. BART police said the man tried to walk away when they approached him.

Officers subsequently hit the man, knocking him backward, then tackled him and took him into custody.

The victim, according to Trost, could not positively identify the man BART police detained, but he was arrested anyway.

We asked Jennings directly if the man was actually the person they were looking for, to which he replied, “There appeared to be enough information to talk to the person and that person turned the conversation into a lawful detention, and eventually he was arrested based on his actions.”

A brief Instagram video from a bystander of the arrest show the police tackling the man, who is wearing fitted blue jeans and a light grey jacket. “What the fuck is your problem man?” he shouts as he’s grappled and brought to the ground by an officer and a bystander. “I didn’t do shit! I didn’t do anything!” he continued, as another officer joins the fray to restrain him.

When the Guardian asked Lederman if the man would pursue a case against BART police, she did not get a definitive answer either way.

“I can’t comment on that now,” she wrote in an email, but “will have a comment on it in a couple months.”

BART internal affairs has 67 open investigations, which is 23 cases more than the same time last year, according to BART’s Office of the Independent Police Auditor.