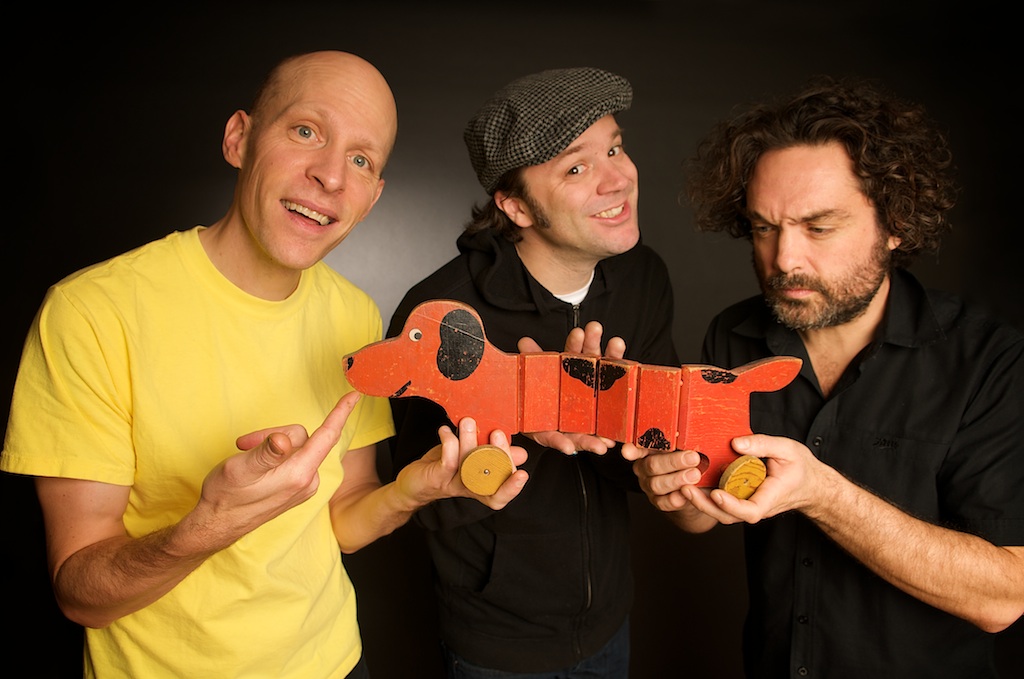 Though they hit the peak of their fame in the mid-’90s post-grunge era with hits like “Peaches” and “Kitty,” the Presidents of the United States of America have enjoyed a more fruitful and fascinating career than many of their ilk.

From collaborating with Shonen Knife and Sir Mix-A-Lot to starting an indie label to performing a Pokemon tribute song at the Pokemon Black/White American launch party, their career is shaping up to be as long, delightful, and brilliant as their name.

This year saw the release of two POTUSA albums — Kudos to You, their sixth studio album, and Thanks For The Feedback, their first live album.

We had a chance to speak with drummer/singer Jason Finn before the band’s show on Wed/27 at Slim’s.

San Francisco Bay Guardian What are some of your favorite places to hang out in SF?

Jason Finn The traditional hotel for rock bands at least in our place has been the Phoenix in the Tenderloin, and there are three Vietnamese noodle houses within three blocks of there. I don’t know the names of any of them, but I’ve had many a bowl of pho there over the years. There’s a place on Potrero Hill called Chez Maman which I just love, I’ll go out of my way every visit to get there. And then of course you’ve got to have a burrito, and El Farolito is my jam — I’ve actually flown home with burritos from El Farolito for my friends.

SFBG Thanks for the Feedback is the first live album y’all have released. Why did you decide to finally release a live record 20 years into your career?

JF We had a hard drive with all the [recordings of] shows on it on the table while we were having a meeting about something else. We looked at the hard drive long enough and said, “let’s try to do something with this.” We were gonna go through the whole hard drive and pick songs from various shows, but we found this one show from 2011 that had so many songs we were going to pick anyway, and we decided “let’s release the whole show.”

SFBG At one point you were in a band called Subset, with Sir Mix-A-Lot. Do you still keep in touch?

JF [Subset] wasn’t really an official band, but we did eight or ten shows in the Seattle area that were a lot of fun. We did some recordings, but they didn’t really see the light of day because we never really finished them and we’d need someone to mix and release them. Mix-A-Lot is really easy to work with, he’s very talented and very fast. We got those songs together through just a few informal meetings. We played a show with him three or four weeks ago in Seattle. His voicemail box has been full since 2001 as far as we know, but it’s always fun to run into him.

SFBG You’ve played for Bill Clinton, an actual President of the United States of America, in the past. Did that lead to any bad jokes?

JF We actually played at a congressional rally that Clinton flew into, but he wasn’t there when he played. We did get to shake his hand, though. I don’t know if he knew that was our name — he was just in a room with 75 people, shaking everyone’s hand. You don’t get to be a politician of that standing unless you’re very good at shaking 75 people’s hands at once.

SFBG Do you have any advice or tips for aspiring singing drummers, like yourself?

JF Your hi-hat is always a little bit louder than you think it is. Whatever amount of open hi-hat you’re using on a song, maybe close it up just a little more than that. Your bandmates and your sound guy will appreciate that.

Presidents of the United States of America