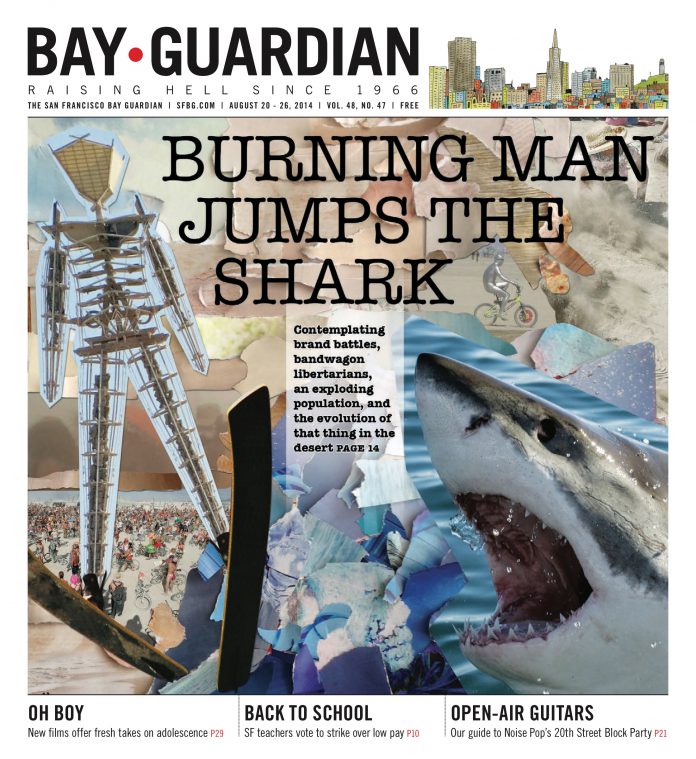 OPINION San Francisco made $87 million in parking citation revenue in 2012; roughly double what the city made off actual paid parking meter revenue.

Let that sink in for a minute.

It’s become so hard to park a car in San Francisco that its citizens are paying almost $281,500 a day simply to park, and then they’re cited for doing it wrong.

The San Francisco Municipal Transportation Agency should be responsible to the people — to create and maintain clean, orderly streets and transit systems that work for the people who use them.

The responsibility of the SFMTA is not to incentivize government agents to write more tickets and make citizens a passive revenue stream because it’s convenient. Parking citations, in their current form, do not support an ethical citizen-focused approach by the city to parking law and violations.

The simple fact that revenue gained for parking citations is roughly double that of legal, paid parking meter revenue shows an inherent flaw in the system. If it is easier for the city to make money by writing citations, why would it change its systems to create more revenue through meters or alternative means such as license fees or permitting, even if it significantly benefitted citizens of San Francisco? It makes more financial sense to incent its relatively small fleet of parking authority officers to write more tickets.

Parking ticket fees in San Francisco are the highest in the country by nearly 14 percent and they continue to rise, a punitively expensive bandage on a citywide transit problem. There are 111 ways to violate the parking code, a parking code that is so intentionally opaque and vague that 3.9 tickets are written per registered car per year, nearly 1.5 million tickets total.

Our parking law should not be so confusing that it can’t be followed consistently — including by its own agents. Of the tickets processed by Fixed, we are able to contest 85-90 percent — 75 percent of which due to enforcement error. The city’s own parking authority agents are unable to accurately (and consistently) enforce the existing parking code.

Conflicting rules and regulations between systems are also a common issue in San Francisco — often signs will contradict themselves or other SFMTA systems, with no clear indication of which rules precede the others. Meters are inconsistent with other regulatory systems in use, permanent parking restriction signs are sometimes missing, hidden, or poorly maintained, and temporary restrictions are often inaccurate — creating grossly unfair conditions for people parking, and incorrectly written tickets by parking enforcement officers.

A recent anecdote is a clear example of this problem. A Fixed user’s car was towed after parking in a variable tow away zone — the tow away zone was in effect for only two blocks of the street during specific hours. The street-level parking sign of the spot in question stated “no parking” 4-6 pm, but the meter allowed the user to pay all the way up to 6pm with no indication of a tow away. This error, due to conflicting systems and misleading meter information, cost the user (but netted the city) $500.

Both driver and parking control officer are victims of a system that turns parking infractions into a revenue stream instead of a tactic to discourage behavior that doesn’t benefit the public at large.

Ethical parking law would be a clear, mutually fair system which benefits citizens of San Francisco, creates revenue for the city through legal, noncriminal means, and enables a parking environment where citizens can easily follow the rules. Parking law should be optimized for clean, orderly streets and transit programs that are profitable and reliable — instead of convenient revenue.

There must be another way to achieve SFMTA budget requirements than to make the people this government agency should be serving into unintentional criminals.

David Hegarty is the founder of Fixed (www.getfixed.me), a company that helps customers contest parking tickets.