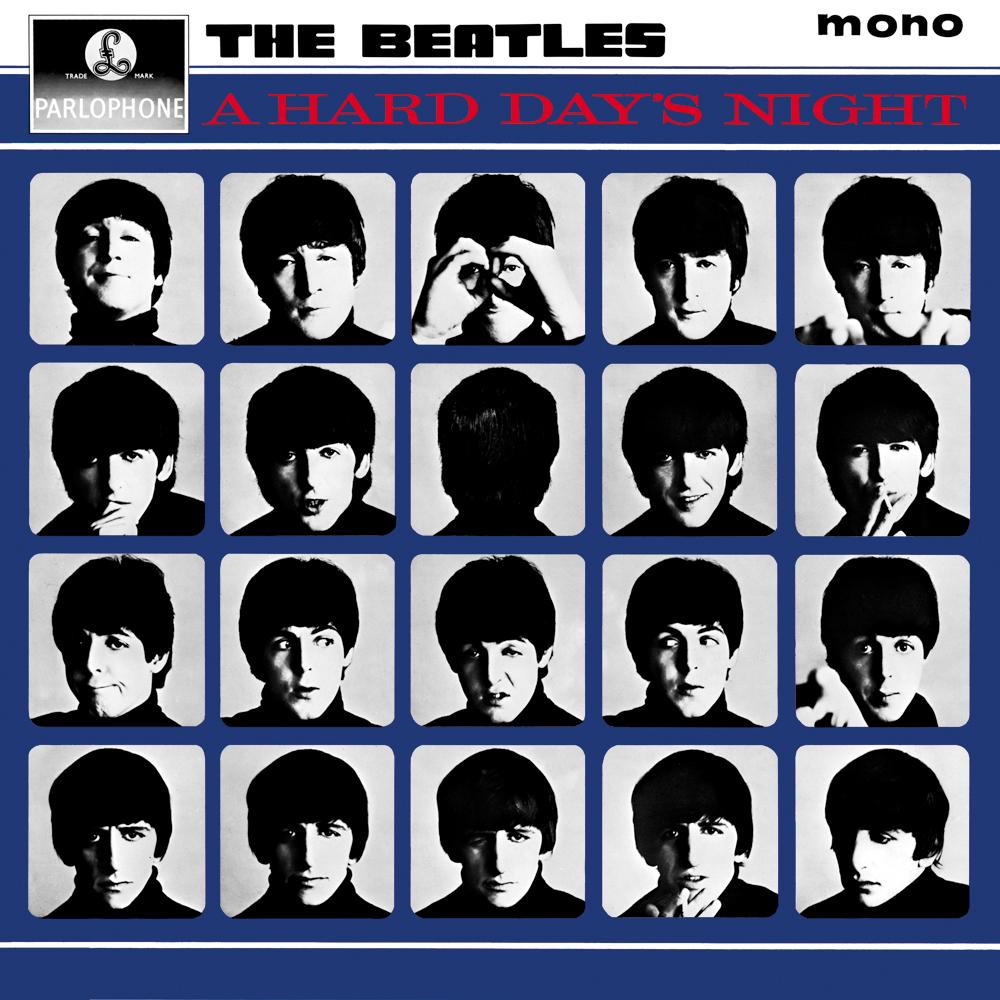 More than any other Beatles album, A Hard Day’s Night — which turns 50 this week — embodies the cliches surrounding the band. The cheesy harmonies, the “whoa”s and “yeah”s, the sappy love songs, the teen-idol cuteness: All are there in abundance. It’s also the most obvious manifestation of the John/Paul dichotomy. Though the idea of John as the bad boy and Paul as the author of silly love songs is largely accepted as a myth by Beatles fans, it’s a lot closer to the truth than folks give it credit for, and on no album is it more clear than A Hard Day’s Night.

Every song on this album is a love song, befitting the Beatles’ stature at the time as teen idols and encouraging the tide of Beatlemania — at that time at its peak. Paul’s are quite silly, but the music is so effective it’s easy to forget the lyrics are a bit ridiculous. “And I Love Her” repeats the word “love” incessantly, but the twinkling background makes it seem transcendent. You’re more likely to come out of it remembering the four-note guitar riff that frames the song anyway.

Better yet is “Can’t Buy Me Love.” The song’s chorus looks absurd on paper (“can’t buy me love/everybody tells me so/can’t buy me love/no no no no”) but is so catchy it’s hard not to ignore the lyrics.  It’s also one of the most brutally short Beatles hits. Befitting a song rejecting materialism, there’s no excess or indulgence — just hooks. It goes by before you know what hit you, but it takes on a new life once it’s stuck in your head.

John’s love songs are far more bitter and sarcastic. But it’s important to remember that John Lennon was more than just a media-ready “bad boy.” His reputation as a peacenik and a member of the most (supposedly) infallible paragon of pop music in history has sadly clouded his history of neglect and abuse toward his children and various lovers. Knowing the latter gives an unpleasant context to the Lennon songs on this album.

I find “You Can’t Do That” unlistenable for this reason. The song is told from the perspective of a man whose girlfriend has been talking to another boy and who warns her that if he catches her doing it again, he’ll “let her down” and “leave her flat.” It’s hard not to interpret those as a reference to domestic violence given that Lennon’s first wife, Cynthia, was a victim of such abuse. And the theme of the song evokes Lennon’s own worries concerning his second wife, Yoko Ono, whom he often dragged into the studio out of fears she would abscond with another man if left alone.

As grievous is Lennon’s focus on his own pride and the shame of having had his girl cheat on him. This theme surfaces on “You Can’t Do That” (“Everybody’s green cuz I’m the one who won your love/But if they’d seen you talking that way they’d laugh in my face”). It’s as bad on “If I Fell.”  John asks his potential girlfriend if she’d “hurt my pride like her,” then bluntly tells her how much he’d enjoy his old girlfriend’s misery at seeing the two of them together.

It’s less rational to believe that these songs are told from the perspective of an abuser so much as illustrating Lennon’s own viewpoint as a real-life abuser. There’s nothing in these songs to suggest he’s playing a role of any sort. On one song, he does. “I’ll Cry Instead” is one of my favorite songs on the album. No song I’ve heard better captures the irrational thoughts that come with anger and sadness. His girl left him, and he’d like to go out and “break hearts all ’round the world” as revenge, but he can’t, so he’ll cry instead.

The point of “I’ll Cry Instead” isn’t that he’d like to hurt her, but that he’s angry and is thinking illogically as such. The sense is he’ll feel better once he’s had a good cry. Thus, it’s a bit easier to separate this song from its creator. Nonetheless, A Hard Day’s Night is one of those albums — at least for me — where art and artist are too firmly entwined for the album not to suffer.

It would be ridiculous to accuse anyone who enjoys this album of being a misogynist. But I would take issue with anyone who approaches this album with a mindset of denial. If these moral questions inhibit you from enjoying the art, so be it. But to dismiss these issues in order to preserve your prior appreciation of the music would be tantamount to ignoring those issues in the first place, and that would be an injustice.

There are, however, two Lennon songs that truly warm my heart on this album. “When I Get Home” is an ecstatic love song that finds its protagonist rushing home to be with his girl. The voyage home becomes an obstacle course — he’s telling people to “get out of my way” as he dreams of the night they’ll spend together. That he has “a whole lot of things to tell her” suggests he’s actually interested in conversing with the girl, not just having sex (though sex is certainly a part of it). And he’ll love her the next day too, and accordingly make the same voyage. Now that’s love.

Second is the title track — and that unplayable opening chord isn’t even half of it. On no other Beatles song is the interplay between John’s voice and Paul’s more effective. It’s difficult to even notice that the vocalist has shifted until the end of the first chorus. But it’s the gradual build in emotion that makes this song so brilliant. By the time the chorus is about to transition back into the verse, Paul is emoting relentlessly — “feeling you holding me TIIIGHT, TIIIIIGHT YEAH” — and then in comes the verse again, with John’s dry voice snapping satisfyingly into place and contrasting icily with Paul’s catharsis.

“A Hard Day’s Night” is by far the best song on the album, which would suffer without it. The only Beatles albums that have aged worse than A Hard Day’s Night are the psychedelic albums, and even those contain more moments that still confound than this album. Though it contains some truly transcendent songs and remains a milestone in the Beatles’ musical songwriting, A Hard Day’s Night remains the worst of the Beatles’ “great” albums.

Though I generally avoid discussing my own sentimental attachment to albums in reviewing them, I will close this review by saying A Hard Day’s Night is by far the most important album in my life. As the first rock album I ever listened to, it ended my 12-year streak of aversion to rock due to my sensory processing disorder, which made it nearly impossible for me to listen to music until then. But I haven’t gone back to it much — simply because I listened to eight other Beatles albums immediately afterward, and every single one of them puts A Hard Day’s Night to shame.