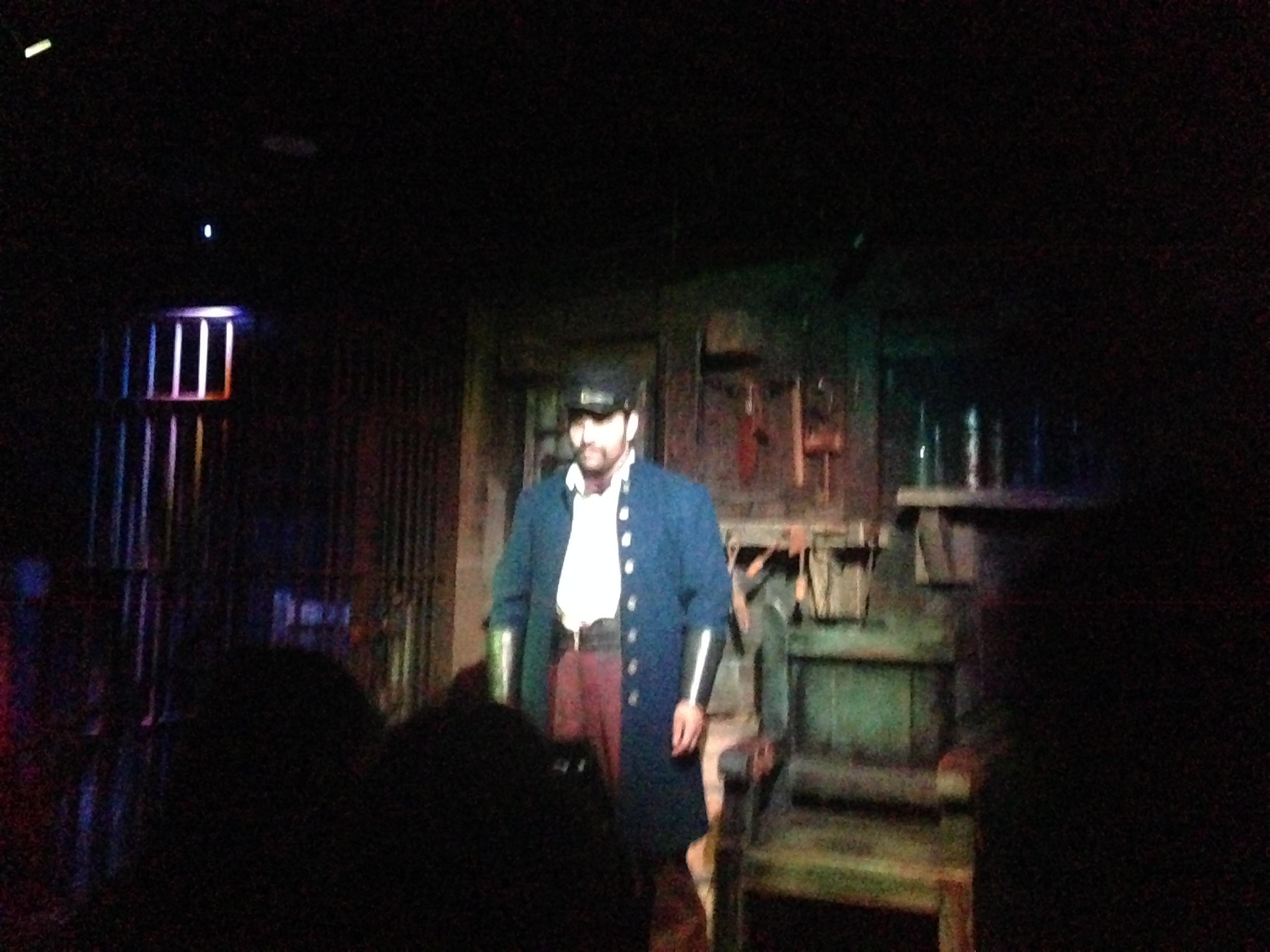 A new attraction is coming to Fisherman’s Wharf June 26, and it’s pretty surreal. The San Francisco Dungeon, the eighth in a series by Merlin Entertainments and the first stateside (most of the other dungeons focus on medieval history and are scattered throughout Western Europe), is a subterranean labyrinth where actors lead patrons on a hodgepodge tour of creepy SF-inspired historical haunts.

There’s obviously a lot to be skeptical of here. For one, Merlin, which is centered in the UK, is a gargantuan enterprise second only to Disney in the themed tourist trap world — other assets include Madame Tussauds, Legoland, and a bevy of contrived wildlife safaris. San Franciscans already talk a ton of smack about the half-assed efforts by huge corporate attractions on Jefferson St. to appear “local” — the one or two scattered Californian sports figures or cultural icons in Tussauds, for example, don’t conceal the sterility of the whole operation.

My visit to the Dungeon didn’t run entirely contrary to these concerns.

The stories that the actors tell occasionally slip into generalities that have little to do with the city, some of the rooms are similarly vague, and the exclusion of the 1906 Earthquake (despite the Dungeon’s focus on 1857-1907), while explained away by artistic director Kieron Smith as too large-scale of an event to cover, feels wrong. There’s also a random water ride that, while impressive from an engineering perspective in that a boat and mini-canal was placed in a very contained space, distracts from any legitimate exchange of history or theatrics. We didn’t get to ride it though, so I’m really in no place to judge.

Despite its adherence to certain stereotypes, the Dungeon transcends a lot of the more toxic elements that drag down other Jeffersonian locales. Smith, an extremely charming Brit who wrote the entire script for the 50-odd minute tour and has done so at all other Dungeon locations, seems genuinely passionate about the city’s more macabre lore and clearly did his research. Most of the actors’ ghoulish tales of drunken Barbary Coasters and mining ghosts are subtle and relatively specific. I can imagine the full show being nominally educational.

The preview we received included a scary 1850s Alcatraz ghost tale that packed a legitimate punch. The barred Alcatraz Room, one of nine themed areas, provided a chilling backdrop for a crazed young woman’s recounting of her military prisoner father’s murder and subsequent haunting of the Rock. When the lights flickered and the dead father appeared, complete with gory makeup, the entire room shrieked deliriously.

Another room, a facsimile of the headquarters of the San Francisco Hounds, a sinister crime organization that flourished in the city after the Gold Rush, was less compelling. An actor playing real-life Hounds leader Sam Roberts mimicked torture tools (including a gag penis-cutter that elicited a few half-hearted laughs) and nervously beckoned the group out of the room when the sounds of a police raid interrupted his demonstration.

Despite the inconsistency in humor and scares, the actors themselves were all enthusiastic and believable. Since beginning rehearsal a month ago, they have learned to play every part in the tour and will alternate roles when the Dungeon opens. Many of the performers have real chops, and while they likely don’t see two-minute frenetic monologues to scared tourists as their career zeniths, the Dungeon, unlike many of the other less interactive wharf traps, is employing burgeoning artists.

In addition to hiring local actors, the Dungeon has also worked with several area businesses. Wee Scotty, the prolific costumers headed by Lynne Gallagher, provide all of the period clothes, which look authentic and have an effectively drab and dusty aesthetic. Daniel’s Wood Land scavenged wood from the ruins of a Japanese internment camp in Arizona to panel the walls of many of the rooms — the fact that the rooms looked like they feasibly could have been from over 100 years ago as opposed to cheap plastic imitations makes the experience feel slightly more real.

The Dungeon isn’t revolutionary — it still belongs in the gimmicky world of Fisherman’s Wharf. The artistic enthusiasm and local involvement, however, lends the entertainment a realness and grittiness that elevates it above most other overpriced diversions.