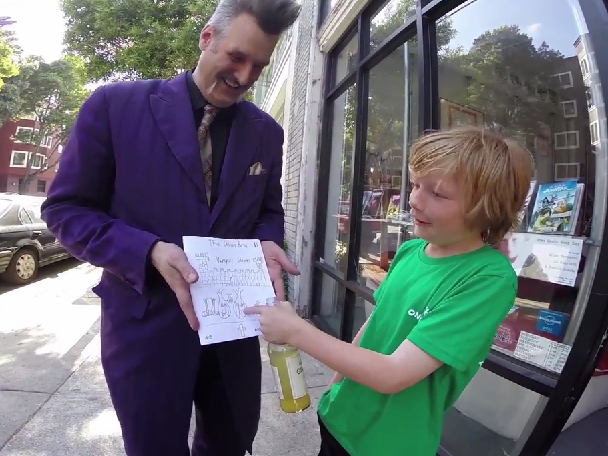 Saturday’s Free Comic Book Day was like Christmas morning for comic lovers, and San Francisco is blessed with an abundance of comic book stores to celebrate from. Luckily for us, podcast Ace of Geeks decided to take a video tour of a few of SF’s most beloved dens of geekery on the beloved nerd holiday.

Watching the Ace of Geeks crew (Mike, Jarys and Mae Linh) tour some of our city’s comic shops is a reminder of our bounty of nerdy-goodness, as each store has a distinct flavor.

Reflecting the Richmond district neighborhood, Cards and Comics Central has almost as many toys and collectibles as they do comics. Their anime and manga figurine collection alone is worth checking out (Neon Genesis Evangelion! Naruto!), and it’s one of the few places in the city you can find a stuffed Yoshi outside of Japantown.

Ace of Geeks tours some of SF’s comic book shops.

The salesperson the Ace of Geeks crew talked to, Darrel, even has a Spider-Man themed New Era 59-50 flat brimmed hat (something a b-boy might wear before breakin’) that feels right at home in a neighborhood with schools like Washington High, attended by SF natives from the ‘hood.

On the flipside, Hayes Valley is home to the ever-hilarious James Sime’s Isotope Comic Lounge, a comic shop with a hip, indie feel to it. Luckily, it predates the gentrification of the Hayes Valley ‘hood, and keeps the San Franciscan weird flavor alive (check out Sime’s hair, whoo!). But past its looks, Isotope is awesome because Sime is always trying something new. As he says in the video: “I get bored easily.”

But that’s Isotope, always trying to help out the little guy.

The second surprise was a visit from J.J. Willliams III, the ultra-talented artist behind Promethea, Batwoman, and the new Sandman: Overture. Williams III donned a vest and was a hidden “shop boy” at Isotope, helping people find comics and answering questions. When a customer happened to actually buy a copy of Sandman: Overture, he whipped out his permanent marker and gave it a free autograph.

Two Cats Comics in West Portal, Amazing Fantasy in the Inner Sunset and Comix Experience on Divisadero also made the tour. Check out the video to see the flavors of SF’s comic shops for yourself.