Home Juana Molina on the value of repetition and how music is like...
SectionNoise 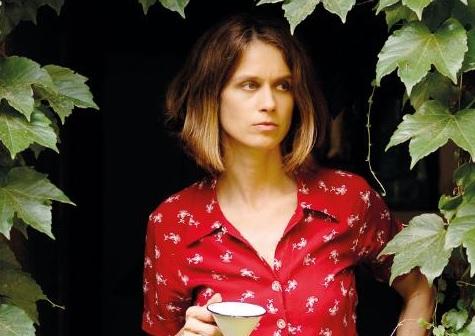 In the past, Argentinean singer-songwriter Juana Molina took her time to craft carefully looped and layered beatscapes before her audiences. Her approach has changed, per the artistic demands of her most recent release, Wed 21. The songs are more condensed, but the aesthetic is the same.

There is a primal quality to her music, like she is tapping into a great heartbeat and proceeds to drape the sounds of whatever instrument has ahold of her attention at that moment. Her experimental pop has gained acclaim from world music fans and critics at prominent publications alike. The performer, who is still known for her successful career in comedy back home as well as her music, will be at The Independent with her band tomorrow night, Thu/24. We caught up with her before the show.

San Francisco Bay Guardian I understand that Wed 21 was recorded only by you in your apartment. Are you self-taught on all of these instruments that appear on the album?

Juana Molina Yes, I suppose. But let me make a little clarification: All of my records were done on my own at home. There is some misunderstanding there because everybody is asking me the same thing! When I’m recording and I find a new sound, figuring out what to do with it is the key. I’m not looking for or seeking anything. There is something that happens between the sounds and me.

SFBG As a listener, it is easy to go into a kind of trance while hearing your music, you can get lost in it.

JM That’s exactly what happens to me! It’s true! I just get lost and I let the sound take me for a ride. I just do whatever the sound tells me to do and I follow. Sometimes it’s so long — and I hate it a little bit. Because I think, “Oh, I can’t have a 45-minute song that does the exact same thing the entire time.” But I’m so into it when I get there. That’s probably why some people, like you in this case, get the same effect. It is the sound that is leading the ride.

SFBG You have talked about the value of repetition, of playing something over and over again. What is that about?

JM I think the answer comes from the idea that I loop things in my recordings, which is something that I don’t do. I very much enjoy playing the same thing over and over. Because I am taken by it. So I make very long recordings because sometimes, even if it sounds like the same thing — it is not the same thing. If you put one on top of the other, you hear the difference. When it’s really nice and I want to keep it, I need to go through it part by part, step by step, because everything needs to fit with what was played at that time. Putting it together can become a nightmare because sometimes I play for hours and hours.

SFBG Does this approach make playing before an audience with a limited amount of time difficult?

JM No. Because the process of putting sounds together for a live show is a completely different process. You know what the song is about, because you worked on it for months. And then what you need to do is to figure out sounds are essential to it, what makes the song a song. This record was especially hard to put together live because of the dynamics. For previous records, where I built up layers up layers on to layers — that was easy to do in the live show. The dynamics are so different on this one that it took me forever to translate it for the live show. Now that we’ve managed to put it together, we don’t understand why it took us so long. Now it is easy, it’s obvious.

SFBG So you and the band had a breakthrough.

JM It seems so easy now. When we compare this tour to our previous one in Europe, we can’t believe the difference. Now it’s so tight — and I say this now when it risks making the next show a mess — but there’s confidence we have gained over the months. The previous record had very long songs. I would play one loop and add layers upon layers. It was like cooking for the people, in front of the people. Waiting for the onions to be a little more brown, now I add a little bit of salt, then let’s go with tomatoes — mmm, tomatoes! What else to add? And at the end of the song, we have the dish ready. But these songs are so short, that they need to be ready as soon as you start them. The energy must be completely different, it has to be there from the beginning. That is something I had to learn.