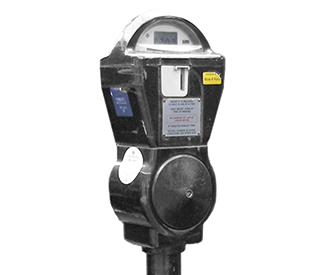 Paid Sunday parking meters were unanimously repealed by the San Francisco Municipal Transportation Agency Board of Directors on April 15.

Sunday meters will be free starting July 1, a losing proposition for many, including seniors and people with disabilities who advocated for free Muni passes at the same SFMTA meeting.

There’s a dire need. Betty Trainer, board president of Seniors & Disability Action, relayed a senior’s story printed on one of 500 cards collected by her advocacy group.

“I’m often cold and can’t walk like I used to,” Trainer read aloud. “Most days I’m stuck in my room on my own. Help me out. No one should be a recluse for lack of money.”

In increasingly expensive San Francisco, seniors and people with disabilities often can’t afford to take a bus. They asked the SFMTA board to grant them mobility, but were denied.

Tom Nolan, president of the SFMTA Board of Directors, said it would be a matter of “when, not if” the board would revisit funding free Muni for elderly and disabled passengers, and would likely take up the question again in January.

Yet many who spoke out at the meeting hammered home the point that paid Sunday meters could have easily covered the cost of such a program.

Meanwhile, a SFMTA study found that paid Sunday meters also made life easier for drivers and business proprietors. So why would the SFMTA board vote down a measure with so many benefits?

Ultimately, the decision on Sunday meters stemmed from political pressure from the Mayor’s Office. The vote reflects decision-making not predicated on whether the policy worked or not, but whether it could be sacrificed to gain political leverage.

The SFMTA’s December 2013 “Evaluation of Sunday Parking Management” study may not sound like entertaining bedtime reading, but the report identifies surprising biggest winner of the paid Sunday meter program: drivers.

“It is now easier to find parking spaces in commercial and mixed use areas on Sundays,” the report begins. Between 2012 and 2013, the average parking availability on Sunday doubled during metered hours, increasing from 15 percent to 31 percent. Parking search times were lowered as well.

Sunday drivers in 2012 spent an average of 14 minutes circling for a spot; in 2013, the average was dramatically reduced to four minutes.

That created a ripple effect benefiting businesses too, as higher turnover meant more customers cycling through parking spaces, something the business advocates have pointed out.

“You can drive into merchant areas now where you couldn’t before,” Jim Lazarus, senior vice president of public policy at the San Francisco Chamber of Commerce, told us in an interview for a previous story.

The SFMTA’s most recent budget projection anticipated that paid Sunday meters would yield as much as $11 million. The already approved Free Muni for Youth program and the stalled free Muni for seniors and people with disabilities program would cost Muni about $9 million, all told.

That nearly direct cost correlation could be the reason why the free Muni issue got wrapped into arguments against repealing paid Sunday meters.

“To some people $23 may not be much, but to [seniors], every penny counts,” Pei Juan Zheng, vice president of the Community Tenants Association, told the board. She spoke in Cantonese, through a interpreter. “I know some senior couples who can only afford one Muni pass and share it, taking turns to go on doctor’s visits.”

Lee’s statement to the press the day after the meters were repealed said it all.

“Repealing Sunday parking meters is about making San Francisco a little more affordable for our families and residents on Sunday, plain and simple,” Lee wrote. “Instead of nickel and diming our residents at the meter on Sunday, let’s work together to support comprehensive transportation funding measures this year and in the future that will invest in our City’s transportation system for pedestrians, bicyclists, transit riders and drivers alike.”

Two initiatives seeking funds for Muni are headed for the November ballot. In public statements, Lee repeatedly expressed fear that keeping in place Sunday meter fees, which generate revenue for Muni, would dissuade car-bound voters from supporting more funding for Muni at the polls.

The SFMTA board didn’t even pretend to vote against the measure for its policy merits, instead vocalizing what insiders already knew: Mayor Lee wanted the paid meters killed.

“We need to take a step back and make sure we win in November,” said Joel Ramos, an SFMTA director, moments before the vote.

“I know Mayor Lee has some of the best political minds in his office,” Cheryl Brinkman, another SFMTA director, chimed in. “Lee is certain this will help us in November and help us with our ballot measures.”

It seems these “best political minds” had greater sway in the end than SFMTA’s own policy reports on funding and benefits brought by Sunday meters.

VOTING FOR THE MAYOR

The SFMTA Board of Directors is appointed solely by the mayor. Efforts in 2010 to reform the body to be a mix of appointments from the Board of Supervisors and the Mayor’s Office went nowhere.

So as things stand, SFMTA directors’ chances of reappointment depend upon the will of the mayor.

After the SFMTA board voted on Sunday meters, we phoned Brinkman to ask if Lee’s appointment power swayed her vote on paid Sunday meters. She dismissed the idea, saying, “I have really strong confidence in this MTA board.”

But Brinkman did say she was told by the Mayor’s Office, though not the mayor himself, that Lee wanted to “kind of give people a break.”

Past SFMTA directors have run afoul of the mayor’s wishes on parking meter issues before. In 2010, StreetsBlog SF wrote how then-SFMTA director Bruce Oka was called into then-Mayor Gavin Newsom’s office for a stern scolding after he publicly backed extending paid parking meter hours.

“I don’t know if you’ve heard this about the Mayor’s Office, but they tend to be a little aggressive when they want people to be in line with the mayor,” Oka told StreetsBlog SF.

Notably, Lee opted to not reappoint Oka, instead appointing Cristina Rubke, whose sole political experience beforehand was advocating in public comment for the America’s Cup, according to SF Weekly. Oka was unavailable for comment for this story.

It’s not an unreasonable reach to say Oka’s frequent outspoken opposition to the positions of sitting mayors may have cost him his reappointment.

And Oka’s story raises another question: Does the SFMTA genuflect to the wishes of the Mayor’s Office? A look at past SFMTA board votes shows members’ startling consensus with the mayor, and with each other, for an ostensibly political board.

But the board votes unanimously on more politically divisive matters too. Earlier this year, the commuter shuttle pilot program was greeted with controversy centered on Google buses. The packed SFMTA board meeting was perhaps one of the most contentious in recent memory, with those delivering public comment split between favoring the pilot program, or not.

But despite the fractious debate, the board voted unanimously to enact the commuter shuttle pilot program, a project the mayor had publicly championed.

“I don’t want to give anyone the impression that this mayor pressures the MTA board,” Brinkman told us. “This mayor,” she said, “really doesn’t.”

Before the vote, directors Ramos and Brinkman both acknowledged paid Sunday meters offer many benefits for drivers, but said the SFMTA failed to make the political argument for those benefits.

“We need to regroup and better explain parking management,” Brinkman told us in a phone interview. “Not just to the people who park but the Board of Supervisors, and even up to the Mayor’s Office.”

But even the directors who spoke favorably about paid Sunday meters voted to repeal them.

Hours after the public comment session finally wound to an end, it was time for SFMTA board members to vote on Sunday meters. Rather than discussing pros and cons, they swiftly rejected the program. And, in a move that should surprise no one, they voted unanimously.