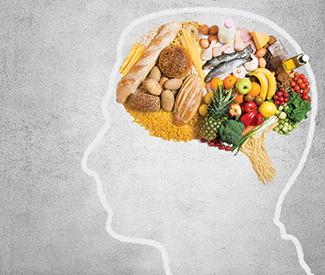 A pilot project to fund healthy fruit and vegetable vouchers for food insecure San Franciscans was proposed at the Board of Supervisors Neighborhood Services and Safety Committee hearing last Thursday. The innovative solution would bridge a startling hunger gap affecting thousands of Social Security beneficiaries, often seniors and families, who have little to no access to healthy food.

Sup. Eric Mar called for the hearing on food insecurity, and afterward promised a bevy of solutions to address hunger.

“In one of the wealthiest cities in this world, no child, no senior, no person with disability should be hungry,” Mar said to the gathered crowd that day. “I know we have some work before us though.”

At the hearing, members of the San Francisco Food Security Task Force, St. Anthony’s Church, the San Francisco and Marin Food Bank, the SFUSD and other organizations, laid out a number of solutions to approaching food insecurity in San Francisco, which is defined not only by lack of food, but lack of nutritious and healthy food. For instance, a family may not be starving necessarily, but may subsist on malnutritious food, leading to a host of health problems.

At a City Hall food security hearing. 1 in 4 San Franciscans are food insecure, according to dept. of pub. health pic.twitter.com/xJQdlTztYp

Most vexing, health experts said, is even if every government food program were fully enrolled, it still wouldn’t be enough.

Fully enroll Cal-Fresh (food stamps). Feed every kid free lunch in every city school. Though many thousands would be fed, tens of thousands of San Franciscans would still remain hungry.

The service gap exists in a conflict of requirements: when seniors or other persons receive Supplemental Security Income, Social Security benefits known as SSI, they are ineligible for food stamps, known in California as Cal Fresh.

“SSI monthly is about $850. Imagine using that to pay your rent in San Francisco, and then try to buy food,” she said. “That’s not a lot of money.”

The latest numbers from the Social Security Administration show 45,223 San Franciscans receive SSI benefits. Their benefits range from $877 to $1,133 a month for single persons, though most benefits are on the lower end of that scale.

The San Francisco Food Security Task Force developed the voucher program to meet just that need. The program would give food vouchers to eligible seniors and families receiving SSI benefits who cannot afford healthy food. The vouchers could be redeemed specifically for fresh or frozen fruits and vegetables at local grocery stores and supermarkets.

A sample program run by UCSF’s Center for Vulnerable Populations found that a majority of participants in the pilot of the pilot, if you will, bought oranges, grapes, bananas and avocados. Participants ate healthier and more nutritiously. The spending also could spur the local economy, Olle said.

“Of course there’s a moral dictate to do something, and of course we all care,” she said. “But from a city perspective the important aspect is: what are we all spending?”

A year’s worth of healthy food to a senior costs the same as a day in the hospital, health experts at the hearing noted. And a presentation prepared for the hearing by the Food Security Task Force wrote that for every $1 invested in food stamps, $1.79 in local economic activity was spurred.

The voucher program is still in its planning stages, Olle said. Nickolas Pagoulatos, an aide to Mar, said the next step is to assign a city department to lead the pilot. The task force will make that recommendation in the coming months. After proposals are made, it will be up to the mayor or the supervisors to find city funding for the pilot, which would cost $512,000 and would serve 1,000 people.

Notably, the supervisors approved a mandate last December to eliminate food insecurity by 2020.

The fully implemented program serving 25,000 people is estimated to cost as much as $13 million. Advocates proposed private partners supply funding to supplement the program. But so far, everything is just a proposal.

“It’s definitely something we want to implement, work on, and try to find funding for,” Pagoulatos said.

But, he said, that will take time.

Assessment of Food Security in San Francisco by FitztheReporter