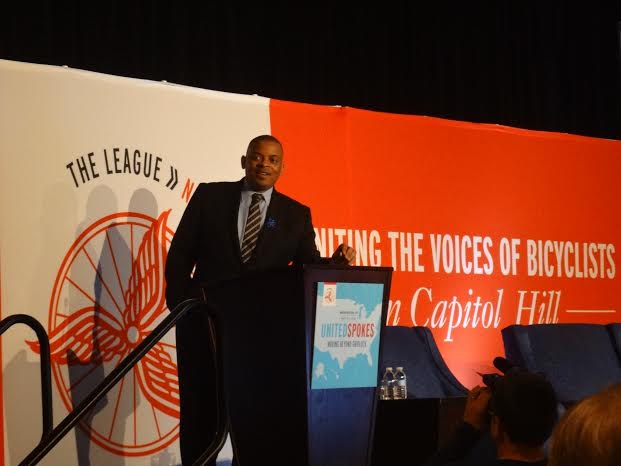 STREET FIGHT In the face of increased gasoline prices and congestion, more public awareness of the relationship between greenhouse gas emissions and driving, and interest in physical activity, bicycling has experienced a mini-boom throughout the US. Chicago, Minneapolis, New York, Pittsburgh, Portland, Seattle, Washington, DC, and many smaller university cities, such as Boulder and Madison, have seen impressive increases in utilitarian bicycling.

In San Francisco, 3.5 to 6 percent of all trips are made by bicycle, amounting to roughly 150,000 bicycle trips in the city each day, a jump from around 1 percent of trips in the 1990s. The majority of these trips are for utilitarian purposes such as shopping and commuting, not recreation. Stand on Market and 10th streets on any weekday and you’ll see that bicycling has surged in San Francisco. In parts of Hayes Valley, the Mission, and Upper Market, over 10 percent of commuting is by bicycle. The city’s official goal — 9 percent of all citywide trips by 2018 and 20 percent in the next decade — is important for making San Francisco more livable.

In many respects, bicycling is among the most equitable forms of urban transportation because it is affordable and accessible to almost everyone. Bicycling is far cheaper, safer, healthier, and cleaner than driving, and when considering global equity, far saner for a national climate policy. And for many low income workers, bicycling is also an affordable conveyance that enables not just physical mobility but also financial stability.

Indeed, US Transportation Secretary Anthony Foxx points out that nationally, a third of all bike trips are made by adults making under $30,000 and that the bicycle can have a substantial role in reducing the overall cost of living for the working class. But unfortunately lower class, non-white cyclists are also more likely to be in fatal collisions.

Speaking at the annual National Bicycle Summit in Washington, DC, earlier this month, Foxx, an African American former mayor of Charlotte, N.C., said that the federal government needs to devote more attention to making bicycling part of everyday life for the working class. Emphasizing the need for safety and convenience, Foxx was especially enthused about cycletracks — bikeways that are fully separated from automobiles and offer space for women, children, and older Americans to safely navigate cities by bike.

Foxx’s address followed a day of equity-themed panels and plenaries attended by more than 700 people. The League of American Bicyclists, focused on lobbying Congress and the White House, announced a new equity agenda to reach out to women, people of color, and to focus on reinvigorating a more progressive and egalitarian tone for bicycle advocacy.

Social justice advocates and community organizers had a strong presence at the summit, which has historically reflected a whiter, upper-middle-class male constituency. One presenter discussed bicycling and women’s prison rehabilitation, sharing how women who suffered from abuse, drug addiction, and imprisonment found bicycle riding to be normalizing and helpful for personal growth and for managing depression and anxiety.

A panel session titled “Learning from Los Angeles” showed how advocacy for bicycling can also come from community-based organizations, not just bicycle groups. Social justice issues are fundamental to LA’s inner city bicycle movement; over a third of South Central Los Angeles households are car free, and community organizers there have made a clearer connection between economic inequity and environmental problems.

Advocates from New York City chimed in that it was time for a “minority bicycle coalition” to advocate for women, minorities, and immigrant bicycle delivery workers. They pointed out that New York’s new and much-vaunted bike infrastructure has mainly spread in more affluent, white parts of Manhattan and Brooklyn, while Queens is overlooked. A speaker from the NAACP put obesity and public health at the center of the civil rights agenda and remarked on how the bike lifestyle should be brought to African American neighborhoods.

A discussion of emerging bike share systems asked how to expand to minority populations, and provided examples of how Boston subsidizes bike share membership for low income members. Boston also relaxes the charges for exceeding 30-minute rides and is figuring out ways to enable those without credit cards to participate.

Once a cynic about bike share, I experienced firsthand the benefits of a truly extensive, practical bike share system in Washington, DC (note to San Francisco — it was NOT covered in Wells Fargo or Google corporate logos). If bike share is extended to the Excelsior, Bayview, Balboa Park, Daly City, and SF State, it will work for the working class and students.

One of the most inspiring personas at the Bike Summit was Terry O’Neill, director of the National Organization for Women, who asked that bicycle advocates get beyond simply advocating for bikes. O’Neill prodded cyclists to ask: What do we need to do to make bicycling useful to women? And then she laid it out eloquently. Build affordable housing — lots of it — in areas where it is most needed, such as affluent Montgomery County, a suburb of DC, or in places like Hayes Valley and Silicon Valley. By creating the spatial proximity that makes cycling practical, women (and men) can incorporate cycling while balancing jobs, household chores, and children. This would do more to increase bicycling (and equity) than simply striping new bike lanes.

Her point is that for cycling to be logical for women, especially in complex metropolitan areas like DC or the Bay Area, well-planned and centrally located affordable housing is key. Perhaps it is time for the San Francisco Bike Coalition and Silicon Valley Bike Coalition, with their wealth of talent and donors, to create staff positions focusing on the bicycle-housing nexus and build strong partnerships with those who are fighting to build and preserve affordable housing in job- and amenity-rich areas.

Dovetailing from that, the newly elected mayor of Pittsburgh, Bill Peduto, himself a convert to bicycling, urged bicycle advocates to be an active partner in local progressive political coalitions and to work with non-bike groups such as labor unions and housing advocates. Peduto was among a handful of prominent politicians, mostly mayors and members of Congress, espousing the wisdom of linking bicycling and equity as part of the urban agenda.

The overall message is clear. Cities need to move beyond the neoliberal creative class storyline about bicycling, which says that a successful city is one that has a youthful, fit, but affluent stratum for bicycles. We need to be careful about praising the bicycle as a profitable economic development strategy for Realtors who up the rent as part of a commodified package of livability.

Sure, it’s great to see a bike lane on mid-Market, and there should definitely be more. But a successful city is not one where developers and Realtors see bike lanes and gentrify the neighborhood. A successful city is one where working class women feel safe to bike, where teachers, construction workers, and nurses can use the bicycle for many local trips, where African Americans and Latinos feel included in the bicycling movement, and where service workers and immigrants can safely maneuver the city and region by bicycle without fear of being hit by a car or truck. And the true mark of success is when all of these people can afford to live in the city and travel by bicycle.