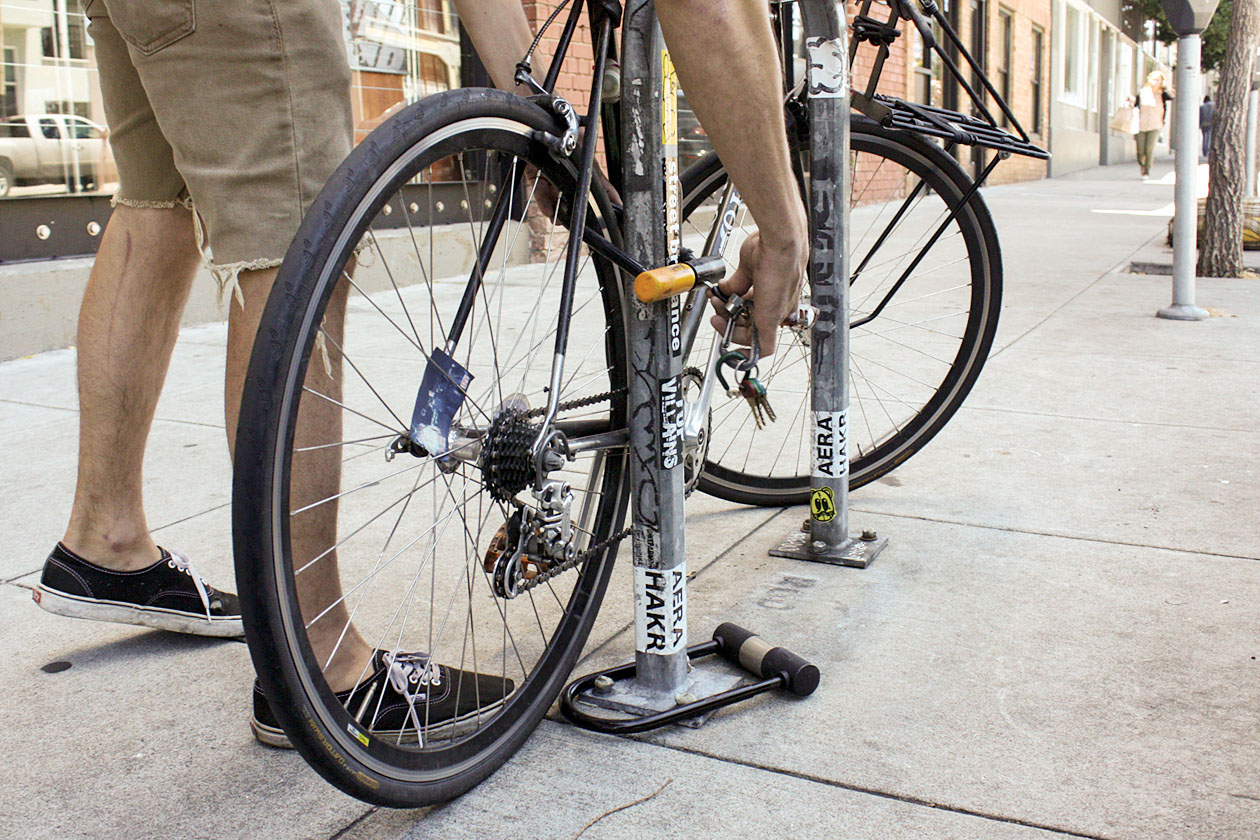 The program in question is Safe Bikes, a joint venture between the SFPD and SF Safe. Cyclists can log onto their website, register their bike’s make and model, and when victims report a bike theft to police they can be reunited with their two wheeled friend just as easily. There are 75,000 bike riders a day in San Francisco, according to the Budget and Legislative Analyst’s office, a buffet of tantalizing goods for bike thieves.

More than 500 bikes is a small dent in that number, but for only a two week start it isn’t too bad. Safe Bikes Manager Morgan St. Clair said they’ve only just begun their outreach. Next month they plan to host an event at Twitter headquarters, where they’ll give away 50 Kryptonite locks, funded by the San Francisco Police Officers Association.

In fact, the SFPD has been a strong driver of getting bikes back into the hands of owners, mostly at the behest of officer Matt Friedman. He runs @SFbiketheft, a Twitter handle that tries to recover stolen bicycles and link them to owners.

Plz RT: Sent to me from a Mission Unit, homeless guy had three bicycles attempting to find the rightful owner pic.twitter.com/vgnFL28c17

And if you want to see a sight that’ll make a San Franciscan cry, show them the SFPD’s graveyard of stolen bikes.

There, hundreds of bicycles sit unclaimed, some of which may find their way into a children’s program at the behest of a Board of Supervisors resolution proposed by John Avalos.

But ideally, the bikes would be reunited with their owners.

“We really want people to report more bicycle thefts,” St. Clair said. And to have those reports be effective, people need to register their bikes. You can register yours now by clicking here.

P.S.  Guardian Editor Steven T. Jones had been planning to register his three bikes with the program, and then two of those bikes were stolen from outside his third floor apartment yesterday. They were a Trek Fast Track 420 road bike, purple with green tires, and a black Rocky Mountain bike with knobby tires and red handlegrips. Let his loss be a lesson to the rest of us: Don’t procrastinate, register today.