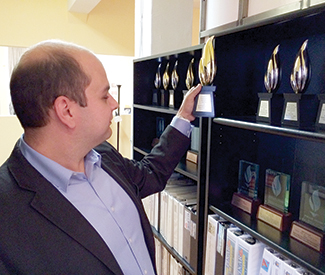 At least 720 San Francisco businesses oppose the controversial Sugary Beverage Tax proposed for the November ballot, according to the proposed ballot measure’s opponents. But a Guardian investigation shows that claim is overstated.

Some businesses were listed with the consent of employees who couldn’t speak for the business, not their owners, and some businesses listed aren’t even open anymore.

The measure is opposed by Unfair Beverage Taxes: Coalition for an Affordable City, which is funded by the American Beverage Association and fronted by public relations firm BMWL and Partners. They have been trying to enlist allies from local restaurants and liquor stores, trying to show the community is against the Sugary Beverage Tax.

The ABA is funded primarily by Coca-Cola Company and PepsiCo, and they certainly have cause to worry about a measure that aims to reduce consumption of sodas and other sugary drinks to help curb obesity, using a 2 cent per ounce tax on sugary beverages sold in San Francisco.

The resolution to place the measure on the fall ballot is sponsored by Sups. Scott Wiener, Eric Mar, Malia Cohen, John Avalos, and David Chiu.

The estimated $31 million in taxes collected would go to the SFUSD to fund physical education for kids and active and healthy living programs in the San Francisco Recreation and Park Department and the Department of Public Health.

Update 2/26: Want to see the list for yourself? Click here for the PDF of the opposition list to the Sugary Beverage Tax sent to us by Affordable City.

But about 20 of the businesses did respond, and what they told us calls into question the veracity of the opposition list.

Mohammed Iqbal, owner of All Nite Pizza on Third Street, said he only learned about the Sugary Beverage Tax only after we called. Following up later, he said he found that one of his employees signed onto the list.

“We’re not really sure about the tax, we’d rather stay out of it,” Iqbal told us.

Swanky coffee and wine bar Ma’Velous, a spot popular with City Hall politicos, was also on the list. The owner’s wife, Lean Chow, told us opposition canvassers presented the tax in a one-sided way, and she wasn’t told her signature would place the business onto an opposition list.

“We didn’t get the full details,” she told us in a phone interview. “We also didn’t know the taxes would go towards education.” Her husband owns the coffee bar, and she said they are both fully in support of the beverage tax.

Noe’s Bar and the formerly co-owned Basso’s restaurant are also on the opposition list, but both businesses are permanently closed, according to their Yelp listings and county business data, which we confirmed with phone calls.

Most of the store owners we talked to who did confirm they were on the opposition list said they were not told the funding would go to schools, activities in parks, or public health. Some said they were actively misinformed.

Aijez Ghani, the owner of the restaurant Alhamra, told us, “The one gentleman come, and he say in favor or against? I said in favor.”

When we asked him if he knew he was on the opposition list, Ghani said, “I think it was a mistake. But I am totally in favor of the tax, 100 percent. They’re going to spend money on the schools, the health of kids, and health is more important than business.”

Chuck Finnie, who runs the opposition group for BMWL, invited us up to his firm to inspect the signatures for the opposition list. Along the office walls were dozens of silver and gold award statues from the American Association of Political Consultants “Pollies” awards. One was a 2013 Overall Campaign win for No on N, when the firm trounced the Sugary Beverage Tax in Richmond.

Finnie suspected that the Guardian was sniffing around the list at the behest of Wiener, who Finnie said had raised concerns about the list’s credibility at various meetings in the business community.

“I was a journalist for 20 years, and this is bullshit,” the ex-San Francisco Chronicle investigative reporter and city editor told us. “The gloves are off.”

On the table was a large bin of records. Each business had a sheet with, supposedly, an owner’s name and contact information. We found one listing Mohammed Iqbal, of All Night Pizza, but Iqbal told us the signature was from an employee whose English was not good. Chow was also in there representing Ma’Velous, even though her husband, Philip Ma, is the only registered owner in county records.

As for the closed businesses, Noe’s Bar only closed three weeks ago, but Finnie and his associate Nick Panagopoulos (a former City Hall staffer) said they comb through the opposition list for mistakes every week, showing the Guardian a list of 12 businesses that were removed due to errors in the outreach process.

“I’m responsible for this coalition we’re building, and I’m serious about our political organizing,” Panagopoulos told us, saying he’s rigorous about the standards his organizers use, but that “they’re human beings, so there may be mistakes.”

But Wiener isn’t buying it.

“When I first saw this list, it looked fishy to me,” he wrote to the Guardian in an email, saying his office found irregularities similar to what we found, but from different businesses. “I’m concerned that, given this start to the campaign, the beverage industry is going to flood San Francisco with enormous amounts of money spreading misinformation. This kind of tactic isn’t acceptable.”