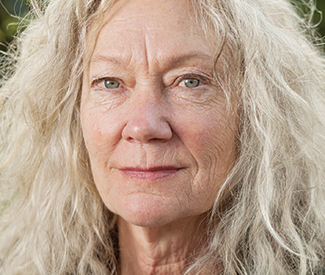 GOLDIES In 1979, Sara Shelton Mann — the farm girl from the wilds of Tennessee who ended up studying with such greats as Alwin Nikolais, Erick Hawkins, and Merce Cunningham — moved to San Francisco. Earthquake country. And did she ever shake up the place. With Contraband, the collective of performers she directed until 1996, she reconfigured what the dancing body can be. Their aim, she has said, was to “make bold live theater with an aggressive, lyric physicality.”

But why San Francisco? “I was lonely in those cold winters in Nova Scotia,” she recalls; she’d been working there with a support of a Canadian arts support program. So she jumped at the chance when Mangrove (the all-male troupe that grew into Mixed Bag Productions) invited her to join it. It was here where she translated concepts like “improv-based,” “collaborative,” “interdisciplinary,” and “dance theater” into vital, raucous, and highly effective performances that inspired a whole generation of artists to wander into unknown territory. The Bay Area would not be as welcoming and supportive of experimentation in dance were it not for the ongoing presence of Sara Shelton Mann.

With Contraband, she staged pieces in theaters, warehouses, the pit of a former apartment building, an abandoned public housing project, under bridges, and on the streets, both in this country and abroad. The troupe described itself as wanting to “manifest joyous creation — reclaiming the flight of the imagination, laughter, love, truth, and evolutionary impulse.”

The works were irresistible because of the daring, the force, and the integrity of the processes that made them possible. “We believed that art could change the world,” Shelton Mann says. At the height of the AIDS crisis, Evol turned the concept of love inside out. Religare honored the people who died or became homeless after the 1975 arson fire that gutted the Mission District’s Gartland Apartments. Oracle was a painful examination of the burdens of the past. The Mira Cycles and Monk at the Met dug deep into spirituality, both individual and communal.

This process encouraged individual voices to emerge, allowing members of the group to go on to substantial careers of their own. Besides designers and musicians, there were, among others, Rinde Eckert; Jess Curtis (“Contraband was an amazing laboratory of group process and collaboration, always with Sara at the center,” he says); Keith Hennessey (“Working with Sara revealed me to myself, and revealed me to the worlds around me”); Nina Haft (“I like to think my work is better for having been part of that wild soup of training in the ’80s. Sara still amazes me with what she does”); and Kim Epifano (“We learned from each other as we created with Sara’s thrust of topic and mastery of metaphor. It was a place where gender did not define the physicality but a common ground of athletic love”).

Indeed, in addition to her formidable reach as an artist, Shelton Mann’s role as a teacher has been immense. The latest wave of artists to find Shelton Mann and the rare degree of mutual inspiration she offers includes many of the most persuasive dance makers in the Bay Area.

“When you’ve trained with Sara, and you’ve worked with Sara, your idea of dance really explodes,” says Jesse Hewit. “You identify what your dance is in your body.” Hewit explains the difference as distinct from a focus on mere technical perfection. “The dancing is crazy virtuosic,” he notes, “but not virtuosic in the high-kick, pointed-toe sense; virtuosic in that it’s infused with an intense energetic focus.”

Shelton Mann celebrated her 70th birthday in December, and her work shows no signs of dimming. Even in the smaller, minimalist dances of recent months she proves riveting: a lovingly rowdy duet with Hewit at Z Space during the 2013 West Wave Dance Festival; a reading at Kunst-Stoff in January for Fresh Festival — delivering a slipstream rumination on time, decay, and memory in the body, the body social, the body politic. More recently still, she had a cameo during a comic-chaotic conversation about contemporary dance in Guillermo Gomez-Peña, Saul Garcia Lopez, and Esther Baker Tarpaga’s Part 1: Dancing with Fear at Galería de la Raza.

In the last two years, Shelton Mann has been at work on a set of extraordinary solos, a series she calls The Eye of Leo. Each has been made on a different dancer, and each one thus far has premiered in the plain white box of the Joe Goode Annex.

In October 2012, the first, featuring Jorge De Hoyos, was a revelation. The limpidness of these works, their spare quality — in contrast to the exuberant sumptuousness of Contraband or even recent Shelton Mann work like 2011’s Zeropoint, made with regular collaborator David Szlasa — combined with a quivering field of contact between dancer and choreographer, represents a powerful shift in focus.

The Leo series culminates outdoors and downtown this April, in a simultaneous unfolding she calls a “mandala of magic,” The Eye of Horus. The project is more proof that Shelton Mann is working at the height of her powers. One of the country’s supreme artists, she continues to evolve — moving more than the land she adopted back in 1979, and more sensitive to the tremors beneath our feet than a Richter scale.

“She’s a very strong conduit now. A very strong conduit. I mean, I think she’s a goddess,” says Kathleen Hermesdorf, another Contraband veteran who has gone onto a formidable career of her own. “I can’t help but deify her a bit. I can’t pigeonhole her. She’s still an iconoclast; she’s still part of the avant-garde. And it still comes from so deep inside her.”