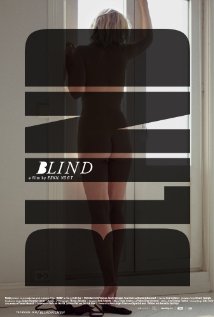 Blind (Norway/Netherlands) is the directorial debut of Eskil Vogt, screenwriter of Joachim Trier’s Reprise (2006) and Oslo, August 31st (2012). It does not disappoint, and — appropriately enough, considering its writer-director’s background — it won the World Cinema Prize for Screenwriting.

Blind follows three characters through their loneliness and internal obsessions. Pay attention, because things start to twist and turn in ways that left me wanting to immediately watch the film again as soon as it ended.

Michael Winterbottom’s The Trip to Italy (UK/Italy) picks up where 2010’s The Trip left off. Once again, traveling companions and frenemies Steve Coogan and Rob Brydon (playing exaggerated versions of themselves) hit the road — in Italy this time, as the title suggests — to taste fancy foods, fret over their mid-life crises, and launch into a variety of impressions, inevitably competing with each other. (The Michael Caine bit from the first film, culled like its sequel from a BBC miniseries, was a viral sensation). My fingers and toes are already crossed for a third entry.

Ana Lily Amirpour’s A Girl Walks Home Alone at Night (US/Iran) is the type of indie film that has the power to pop up on top 10 lists at the end of the year. This Iranian vampire western (yep) — shot in anamorphic ratio 2.40:1 — is blessed with a secret weapon: its director’s audacious style and aggressive risk-taking. During the Q&A, Amirpour sported a t-shirt depicting Bobby Peru — Willem Dafoe’s sleazy character in Wild at Heart (1991) — as well a giant bandage over her right eye.

After shouting out her responses to audience comments about how A Girl reminded them of early Jim Jarmusch and David Lynch films, and spaghetti westerns, she concluded the event by explaining she had a concussion from smacking her head on her balcony the night before. She needed 35 stitches, she explained, and by the way, if any of us wanted to see photos of her gash, they could come up after the film.

I genuinely hope her brain stays loose when making her next movie. Hers is a loud and refreshing voice that suggests more greatness to come.