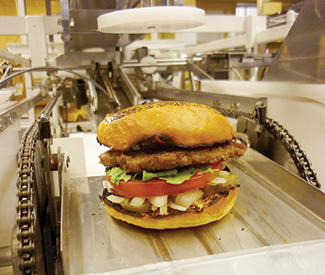 CAREERS AND ED As digital gizmos invade our pockets and our lives, the fear of machines replacing human work is as pervasive as ever. But of course that fear isn’t unique to the computer age.

As far back as the 1800s folk legend John Henry competed against a great railroad-building machine, hammering holes for railroad tracks in dirt and rock with the power of his arms.

Apparently, it’s a matter of speed.

MIT professors Andrew McAfee and Erik Brynjolfsson, authors of Race Against The Machine: How the Digital Revolution is Accelerating Innovation, Driving Productivity, and Irreversibly Transforming Employment and the Economy (Digital Frontier Press) say our modern robots are becoming so advanced, so quickly, that we can’t retrain our workers fast enough to keep up.

“Now the pace is accelerating, it’s faster than ever before in history, as a consequence we’re not creating jobs at the pace we need to,” Brynjolfsson told 60 Minutes anchor Steve Kroft in a segment on robots in November.

The nation’s unemployment rate was 7 percent last November, the most recent number available from the Bureau of Labor Statistics. That’s not counting the millions of underemployed people in the United States, working low or minimum wage jobs that don’t pay the bills.

Those workers are slowly being replaced by machines, from bank tellers (ATMs) to the Golden Gate Bridge toll takers (“pay-by-plate” systems). San Francisco weathered the job loss well, at least on paper. As Mayor Ed Lee is quick to tout, the city’s unemployment rate was at a low of 5.3 percent in September last year.

Maybe that’s because we’re in the eye of the storm. The Bay Area tech boom is a robotics boom too, and even small startups could innovate, upending entire industries.

Momentum Machines’ burger machine can do everything a human can do, faster. It makes 360 hamburgers per hour, medium rare, or well done (if you please). It slices tomatoes, doles out pickles, and throws everything on a bun. The company promises this will “democratize” fast food — because everything in tech must be itemized, democratized, and then evangelized.

The company said this will, in the words of its website, “free up” all the hamburger line cooks in the restaurant.

Perhaps more telling is this section of its website, tucked well down at the bottom of its page.

“We want to help the people who may transition to a new job as a result of our technology the best way we know how — education. Our goal is to offer discounted technical training to any former line cook of a restaurant that uses our device,” they wrote.

We also reached out to Super Duper Burger, and a spokesperson straight-out laughed at the idea of a robot burger cook. But that doesn’t mean economic forces won’t push the machines to eventually take over.

If thousands of fast food workers were replaced by machines, what would their next jobs be?

If the MIT professors are right, the robot revolution will not be stopped. Like the Terminators, they keep coming, and John Connor won’t save us. But maybe we can find peace and coexist.

That’s what they do at Kink.com.

John Henry has nothing on a fucking machine named Fuckzilla, a “Johnny 5” (from the movie Short Circuit) look-alike whose arms operate as high-power vibrators. While two women mount his appendages and scream for their lives, a webcam mounted in his face gives viewers an up-close view of the action.

The actresses who use them were not available for interview. But the filmmakers say they go gaga over it.

“The directors ask the girls ‘why do you like machines more?’ They always say it’s because (the machines) don’t get tired,” Sam, a videographer at Kink.com told us.

The machines are powerful too. The Intruder MK II has a fucking speed up to 500 RPM and exerts a torque (twist strength) of 3 foot-pounds. “One of our highest counts was a woman who went through 58 orgasms in a four hour period,” Kink.com videographer Aaron Farmer said.

So the machines aren’t displacing any jobs there. But they did create some.

“I was hired for Fucking Machines,” Aaron Farmer, the five-year videographer and sometimes director at Kink.com told us. They even have a machine shop in the armory, which while used for other purposes, also helps maintain the nearly 40 Fucking Machines on site, and even builds new ones.

Somewhere along the way, Kink.com outsmarted us all, riding the wave of tech disruption that one day may affect us all. Let’s hope we’re ready.