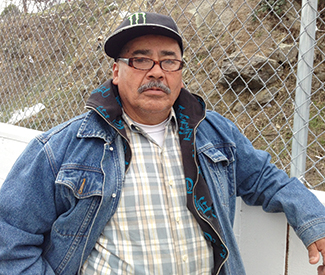 Gardening, plumbing, construction, janitorial work and washing dishes: the jobs day laborers perform for San Franciscans are done with their bodies. Their physical fitness is their gateway to work.

It’s that physicality they risk on the job every day. Undocumented Latino laborers have a hard time reaching options for medical care though, even in a sanctuary city like San Francisco.

James Quesada, an anthropology professor at San Francisco State University who studied health care options for day laborers, said even when options are available, many day laborers actively avoid them.

The specter of deportation is always lurking, he said, stopping many from seeking clinics in the first place.

“Despite the fact that we’re a sanctuary city, there’s always that fear and threat that someone could come at any time,” Quesada said. “There are do-gooding public health services for them, public health contracted satellite clinics and the like. But one of the hardest things is to really convince them that they’re not in peril by going.”

At the U-Haul rental facility near Bryant street, laborers stand in pairs waiting for potential customers to drive by. When a customer comes into sight, they’ll start toward the passing car in huffing sprints. Their work is unpredictable and never guaranteed.

One man the Guardian spoke to, Gonzalo Moran, 62, cited one health care center as a timely godsend: the Mission Neighborhood Health Clinic. The wait there is only half an hour, he said, and in an emergency they make referrals to SF General Hospital.

But heading to SF General for care can carry a high price tag in both time and money, and results are not guaranteed.

“One day I had a toothache, I went to the emergency [room], was there from about four o’clock in the morning to four o’clock in the afternoon,” Moran said. “I told them I was homeless, that I didn’t have no income, I have no immigration papers or nothing. A nurse came to check on me, my tooth. They just gave me a prescription for Tylenol, but then a month later they sent me a bill for $300. For Tylenol.”

Moran isn’t necessarily out on the streets, but crashes regularly at different places. Whenever he tried to get a credit score the bill would come up in searches.

The hit wasn’t only monetary. The day he spent at the hospital was a day he could have worked.

Moran’s story reflects findings made by Quesada in his research. Though many providers claim to help the undocumented, the level of service can depend on just which doctor or nurse you happen to get that day. Service and safety are uneven, and there’s no way to keep track of it all.

“It’s a patch quilt, a moving target,” he said.

Moran told his story with strong English skills gained through City College classes, but he’s had the time to learn — the El Salvador native landed in the United States in 1976 to earn money for his family. Others Quesada talked to were not as lucky.

Some men would jump even at the sight of a rent-a-cop security guard, he said.

In an academic paper he published on the subject, Quesada related the story of Juan, a day laborer in his 50s who suffered terrible tooth pain. He refused to seek help.

“Look Jim, if I show up at the clinic [nearby public clinic] I cannot be sure I won’t be arrested and taken away. You know, it is more dangerous now. I can never be sure when it is safe to go [get medical attention]. But, you know what it is, I do not want to be like those others [Latinos] who have “no shame” [sin verguenzas] and want what they want for nothing. If I can I will pay my way, and if I can’t, I can’t. I’ll withstand the pain and take care of it myself, even if I have to pull them [his teeth] out myself. “

Juan would medicate the gaps in his teeth with Tequila soaked cotton balls, and aspirin.

Quesada tried to get him help, but Juan had to cancel dental appointments repeatedly when jobs became available. Day laborers never know when the next opportunity may drive up to them.

This is what pushes Quesada and others to push for a merging of social work and health care. Some facilities in San Francisco have already moved that way, as hospitals like UCSF visit churches and community centers on weekends to reach out to undocumented people in need of medical attention. Still, there’s room for change.

“Doctors shouldn’t have be social workers, but social workers should be there in the room,” Quesada said, saying that would go a long way towards helping undocumented workers find the help they need. But despite a lack of options, they carry on.

“They’re valiantly making a go of it, and don’t want to dwell on the negative,” he said. “They don’t want to be seen as fighting for basic human rights, as not fully human.”

The man we met outside the U-Haul on Bryant, Gonzalo Moran, has three trade school certificates, one of them in floor tiling. But he longed for one thing: time to attend school so he could get ahead.

“I go to school all the time, you know, if I have it,” he said. “But it’s hard, we’re always getting a lower wage.” And it’s a barrier. A barrier to health, a barrier to education, and a barrier to a better life.