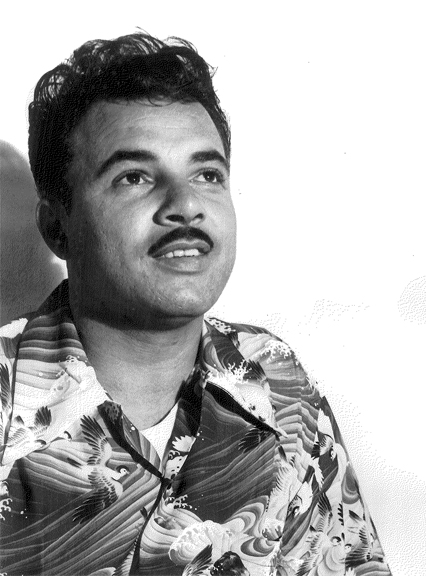 By Bruce B. Brugmann

(B3 note: reprinted from last year and to be reprinted every year by me for reasons that will become apparent upon reading this story.)

This is the incredible story of the neglected hero of Pearl Harbor.

His name is Joe Bulgo and he lived across the street from our family for years on 14th Avenue in the West Portal area. I knew him as a neighbor, and our daughter and son played with his two daughters. His wife Val for decades has sold and still sells fine jewelry in a downtown department store. Daughter Linda played the star Snow White for years in Beach Blanket Babylon and now has her own show in Las Vegas. Daughter Dianne is the catering director at the St. Francis Hotel.  And our families shared a wonderful domestic helper, Rose Zelalich.

But neither our family nor any of his neighbors had any idea of his Pearl Harbor heroism until his daughter Linda gave me a copy of a story on Joe in the December issue of the 1990 Readers Digest.

The story, “No Medals for Joe,” started when the reporter on the story, Mayo Simon, was asked to do a television script about the sinking of the battleship Oklahoma on December 7, 1941.  Simon tracked down the phone number of a sailor who was believed to be an eyewitness to the Oklahoma disaster. When Simon called,  Joe said in his Hawaiian accent, “Nobody knows this story.  Not my wife, not my children. Come on up, I tell you everything. I remember everything.”

So Simon came to Joe’s house, sat on the living room couch, and got Joe’s first and only interview on the Oklahoma disaster. Joe laid out the story of how he, a 21-year-old shipyard worker,  and his “chipping” gang of 20 worked for four days and nights to save 32 sailors who had been locked in their compartments amidst the pandemonium, floating bodies,  trapped air, and rising water.

“Joe worked tirelessly, opening bulkhead after bulkhead, only to find himself in a maze of compartments filled with debris,” Simon wrote. “Sometimes he came upon smashed bodies of sailors in passageways, but he had to keep going. Whenever Joe paused, he could hear desperate tapping reverberating through the ship. Save me, save me, the terrified sailors were saying. Give me life…That sound would live in Joe’s marrow forever.

“Night fell, and the clatter of the chipping guns continued. Fully expecting another Japanese attack, the workers could not use lights on the hull.  Instead, they relied on the grisly illumination from the burning Arizona. Toward midnight, when Joe cut into the hull, water bubbled out. He tasted it: sweet.  He hit a fresh water tank…They drilled open its bottom and a shout went up: inside was a dry, white shaft. A way in!”

He kept on going and “suddenly the ship began to sway and groan. Joe’s stomach tightened in terror. If it starts to settle, I’m gone. Fighting the urge to turn back, he tried to catch his breath in the choking stench of oil and sewage. Then he heard the tapping. Faint. Steady. Joe tapped back with his chisel on the sweating metal bulkhead. Come on, he thought. Tell me where you are. Finally, answering taps.

“Joe’s chipping gun dug into the steel, the trapped air came out with a whoosh, water was rising to Joe’s waist, but he refused to be distracted. “Keep on going, he told himself. Get them out!” Finally he was able to pry open the steel and “immediately the sailors came out in a huge rush of water—kids smeared with oil, hardly able to move or breathe after being trapped for more than 20 hours. None had the strength to get up to the hatch. So Joe said, ‘Here, up on my back!’

“One by one they climbed on his broad back, and he lifted them to the hatch, where other workers pulled them to safety.  By the time the last sailor got out, the water was up to Joe’s neck.” Joe scrambled up the hose line and the hatch was sealed behind him. “Joe blinked in the sunlight, filling his lungs with fresh air. The sailors, wrapped in their blankets, were already in the launch that was taking them to the hospital ship. Joe shouted and waved, but they were too far away to hear. He watched them disappear across the gray harbor.” They were gone and he didn’t know who they were and knew he would probably never see them again.”

More than 400 men died in the Oklahoma, but Joe Bulgo and his chipping crew saved 32 men. And Joe, miraculously, carried l0 of them to safety on his back as the water kept rising dangerously.

Simon reported that later that year the Navy gave citations to Joe and his crew “for heroic work with utter disregard of personal safety.” After the war, Joe married, joined the merchant marine and came to San Francisco during the Vietnam War to work on a chipping gang at the San Francisco Naval Shipyard.

His most valuable possession, his citation, was lost when his suitcase was stolen in a bus station. He wrote letters to Washington and finally got a copy of the citation with a note that he might someday get a medal. But Joe never got a medal and “it seemed the rescue was a forgotten episode about a forgotten ship.”

Simon said kept thinking to himself. “This man deserves a medal. Well, if nothing else, the film will give him and his fellow shipyard workers the recognition they merit.” But the film was never made and he put away his interview notes and script.

A year later, Simon  was asked to speak at the next convention in San Jose of the U.S.S. Oklahoma Association, an organization of all who had ever served on the ship. He almost declined but then remembered that Joe had  lamented the fact that he had never seen any of the men he had saved. “It was all in the dark and so quick.  I wish I could have talked with them once.”

On May 16,1987, Val and Linda Bulgo and Linda’s husband Matt wheeled Joe into the big convention room. Joe was in a wheelchair, his once powerful body shrunken, his eyes filled with the pain of bone cancer. The Bulgo family was seated in front at the head table. Simon told Joe’s story and how Joe had finally cut through the bulkhead and released the trapped sailors and told them in his island accent, “Here, on my back” and then lifted each one to safety.

“I know three of those men are here tonight,” Simon said. “And I also know you never got a chance to thank him. So if there’s something you would like to say to that Hawaiian kid who risked his life to save yours 46 years ago—well, he’s right over there.”

Simon wrote that it was “impossible to describe the emotions that swept the hall as I  pointed to Joe, and 200 people rose to their feet and cheered. He covered his face with his napkin. He didn’t want them to see him crying. Three elderly veterans embraced the man who could no longer stand, even to acknowledge the applause, but on whose broad, strong back they had once been carried.”

Joe Bulgo died two months later. The San Francisco Examiner called Simon and he gave them the story that the hometown daily paper had missed all those years. The obituary started:  “Joseph Bulgo, Jr., a neglected hero of Pearl Harbor…”

Simon supplied Joe’s epitaph in the conclusion to his own story: “Well, yes, there hadn’t been any medals for Joe. But, I thought to myself, in the end we made things right. We said thank you, at last, to an American hero.”

Linda Bulgo told me, as her dad lay dying in the hospital, that she asked him how why he risked his life to rescue the sailors. “I just knew I had to do it,” he told her. She has never forgotten those eight words.

For my tribute to my old neighbor,  I will do the story of Joe Bulgo, the neglected hero of Pearl Harbor, on every  Pearl Harbor anniversary.  Click here for the full Readers Digest story.