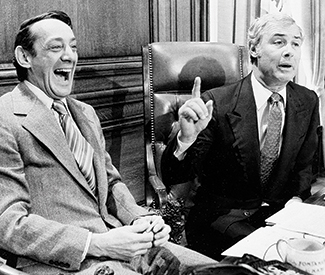 While Mayor Ed Lee jets around the world, still too focused on fueling the economic fire that is gentrifying San Francisco and displacing its diverse population — and as the San Francisco Chronicle and other downtown boosters niggle on the margins of the city’s biggest issue — local activists and some media outlets are paying attention and pushing back.

The New York Times ran an excellent Sunday piece about the growing populist backlash here against Mayor Lee’s economic policies and his friends and benefactors in the tech industry, a story that the Santa Rosa Press Democrat also put on its front page, but which the Chronicle only briefly mentioned today on its business page in a short story wrapping all the high-end housing now coming online. Instead, on Sunday the Chron ran this pro-landlord garbage.

Meanwhile, as we report in tomorrow’s edition of the Guardian, more than 20 local organizations have combined forces this year to organize and promote tomorrow’s (Wed/27) annual memorial march marking the 1978 assassinations of Mayor George Moscone and Sup. Harvey Milk in City Hall, which will this year focus on their legacy of advocating for renters and keeping this city affordable by and welcoming of the working class and outsiders of all types.

We’ve said it before and we’ll say it again: this is a struggle for the very soul of San Francisco, and it’s a struggle that we at the Guardian renew our commitment to with every issue we print. See you all on the streets tomorrow night starting at 7pm in Milk Plaza and Castro and Market.