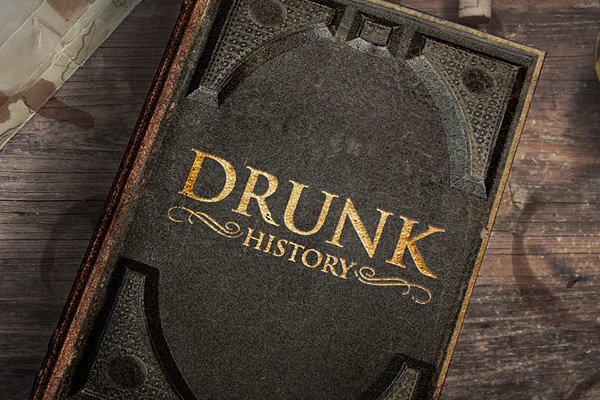 Host Derek Waters — a veteran guest of the San Francisco International Film Festival, with this past year’s “Inside the Drunken Mind of Derek Waters” and 2010’s “A Drunken Evening with Derek Waters” (sense the theme?) — guides this weekly stumble through history, which features sloshed, slurring storytellers narrating re-enactments of great (or not-so-great) moments in time.

For the San Francisco theme, we get the story of Mary Ellen Pleasant (played by Lisa Bonet), popularly known as “the Mother of Human Rights in California,” or — as storyteller Artemis Pebdani of It’s Always Sunny in Philadelphia calls her — “the head bitch in charge.” Later, Pebdani confuses Godfather of Soul James Brown with abolitionist John Brown, and tries to blame sudden fart noises on the chair she’s sitting in.

Moving on, actor Derrick Beckles spins the tale of Mark Twain (played by Eastbound & Down’s Steve Little), “master provocateur,” whose inflammatory San Francisco newspaper articles made him “straight-up America’s Most Wanted.” We learn how Twain came to write his breakthrough story, “The Celebrated Jumping Frog of Calaveras County” (apparently there was a laptop involved), with an assist from Waters playing a drunk as narrated by a drunk. Meta!

Finally, comedian Natasha Leggero breaks down the Patty Hearst saga, with the infamous heiress-kidnap victim-bank robber played by Kristen Wiig in a series of, uh, wigs. (Terry Crews cameos as a beefy SLA member. “Symbionese isn’t a word,” Leggero informs us. “They made it up.”) It’s a rambling tale, maybe the most rambling here, punctuated by a party scene where Waters does his first Jell-O shot, and a tequila-chugging Leggero drifts into her final thought: “[Patty Hearst] was really…attractive. [Long pause.] I have to get some water.”