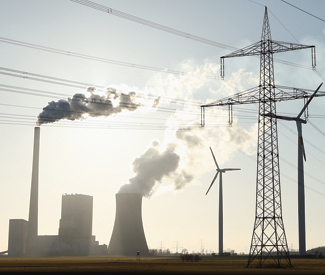 “It gives us leverage,” Eric Brooks, an organizer with Our City who has pushed the SFPUC to adopt a more aggressive CleanPowerSF, told us. “They’re insisting on local union jobs and California union jobs, and we’re glad they said that.”

The SFPUC has already come under attack for the program because Shell Energy was the sole bidder to do the initial energy purchases. International Brotherhood of Electrical Workers Local 1245, which represents PG&E workers, has used the Shell contract as ammunition in a campaign against CleanPowerSF.

Shell’s involvement also helped IBEW persuade the Labor Council to oppose the project, despite its longstanding support for community choice aggregation, the model for pooling customers into renewable power programs on which CleanPowerSF is based.

“The Labor Council is for community choice aggregation, we just don’t like how the players have shaped up,” Tim Paulson, the council’s executive director, told us. “It really makes us hold our nose that Shell Oil is going to have a role … one of the worst labor law violators in the world.”

While the council’s May 13 resolution criticizes Shell, it also expresses support for renewable energy generation in the city to “help San Francisco meet its climate action goals.”

Brooks and other progressive activists share labor’s disdain for Shell. They’re trying to limit its involvement to merely purchasing the first 20 megawatts of power so CleanPowerSF can get underway with enough customers.

The SFPUC should then take over on power purchases, Brooks says, and start issuing revenue bonds against the CleanPowerSF customer base to build green power projects. New research by consultant Local Power shows CleanPowerSF could create 1,500 local jobs per year for 10 years.

Brooks also doesn’t like Shell’s involvement, but he said it was an acceptable means to the end, which was being able to roll out a CCA program that was competitive enough on price with PG&E that at least 80 percent of its targeted customer base would not choose to opt out, the level he believes they need to fund the buildout, which would bring prices down even more.

When we left a message for Local 1245 spokesperson Hunter Stern to ask whether the union would support CleanPowerSF if it guaranteed more union jobs, he referred questions to Paulson, who wouldn’t go beyond his initial statements.

“If it wasn’t for PG&E’s pressure, Local 1245 probably wouldn’t be doing this,” Brooks said of the union’s aggressive campaign against CleanPowerSF.

Representatives from the San Francisco Public Utilities Commission told the Guardian that the agency intends to pursue a buildout of green power infrastructure, although CleanPowerSF director Kim Malcolm says only a few million dollars a year will initially be invested in renewable and efficiency projects.

“That line item is one of the reasons why the advocates are pretty much unanimously supporting this program,” SFPUC spokesperson Charles Sheehan noted. “We listened to them. They wanted a lower rate, they wanted dedicated money for local buildout.”

But to overcome labor’s opposition, those activists want the SFPUC to go further. Malcolm sounded a note of skepticism on Local Power’s job estimate, saying it was based on the assumption that the agency would issue bonds totaling a billion dollars.

“We have no confidence that we could issue a billion dollars worth of bonds in the first few years of the program,” Malcolm said, instead saying the highest the agency expected to go was closer to $200 million.

Brooks wants the Local Agency Formation Commission to hold a public hearing vetting the buildout studies by Local Power, showing the SFPUC and the general public that they are viable. Brooks said that hearing will likely take place in the next two weeks, before SFPUC votes on CleanPowerSF in late July or early August.

Asked about opposition to the program from the San Francisco Labor Council, Malcolm said the SFPUC was in talks to address their concerns. “We have this week been talking to representatives of the Labor Council about those conditions, and how they might actually be implemented in ways that might be practical and promote a sustainable program,” she said.

Brooks said he’s feeling more hopeful than ever about CleanPowerSF, particularly now that the SFPUC has gotten the price down to about 11.5 cents per kilowatt hour, about the same as what PG&E would offer for its proposed green energy program and just $6 more per month than its current brown power service.

“We’ll now hit that sweet spot on prices, and that’s when we can say, ‘Now let’s go for the buildout,” Brooks said. “We know we’re not going to win this if we don’t have labor behind us.”