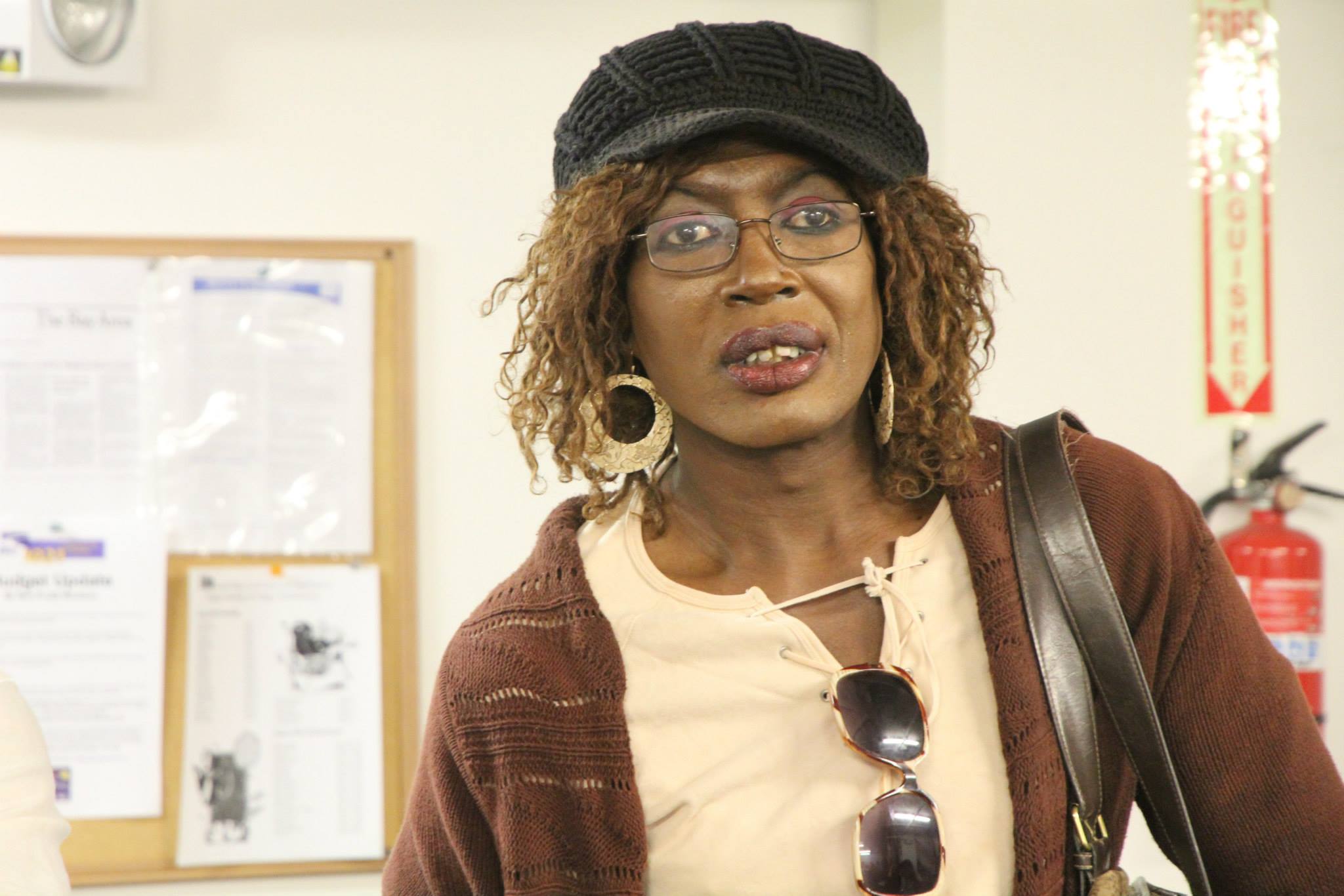 Dedicated trans rights and economic equality activist Jazzie Collins passed away this week. She was honored in June in the State Assembly for LGBT History Month, and was on the board of the annual Trans March, among many other honors and activities. There will be a legacy party and fundraiser for Jazzie’s end-of-life expenses at El Rio tomorrow, Sat/13, 3pm-8pm. Below is a remembrance from her good friend Tommi Avicolli Mecca.

Some people die, but they remain with you for the rest of your life. Death just can’t keep them away.

Such a person is Jazzie Collins, African American transgender woman and tireless fighter for social and economic justice for tenants, seniors, people with disabilities, the homeless, those without healthcare, LGBT folks, and so many others. An organizer of the annual Trans March and co-chair of the city’s LGBT Aging Policy Task Force, she recently received an award from the LGBT caucus of the state assembly for her many years of activism.

Born in Memphis, Jazzie, 54, died in the early morning hours of July 11 at Kaiser Hospital, leaving a huge hole in the heart of San Francisco.

I don’t remember when I first met Jazzie. I’m pretty certain it was at one of the countless demos in the late 90s we attended to protest the displacement of working-class and poor people during the dot-com boom. She was involved in so much of the incredible activism happening in the Mission at that time, whether it involved feeding people from Mission Agenda’s food pantry, planning direct action with the Mission AntiDisplacement Coalition, or helping elect fellow activist Chris Daly as the neighborhood’s district supervisor.

Our paths crossed often, sometimes at the monthly meetings of Senior Action Network (now Senior Disability Action) where she worked, or a tenants rights demo on the steps of City Hall just before we went inside to take advantage of our two minutes at the mic during public comment. Jazzie was never at a loss for words.

One of the original members of QUEEN (Queers for Economic Equality  Now), she helped organize several protests, including one outside the store run by the Human Rights Campaign in the Castro. We were furious that the national gay rights group pushed to exclude transgender people from ENDA (Employment Non-Discrimination Act), the federal gay employment rights bill.

When a call went out from the Board of Supervisors for its newly formed LGBT Aging Policy Task Force, Jazzie called me and told me in no uncertain terms that I had to apply. She had already sent in her application and wanted to make sure another strong housing advocate was on the task force.

We sat together at the hearing, waiting for our chance to sell ourselves to the supervisors. After we were both appointed, and as we left the room, Jazzie started talking about what she wanted the task force to do, especially on housing issues. She was always a woman with a vision. Or a cause.

Jazzie called me whenever there was something to be done. She’d say, “We gotta do something about this.” It didn’t matter how busy I was. I knew I could never say no to her.

Jazzie, my sister, wherever you are now, I know you’ll always be beside me when I’m out there fighting the good fight.