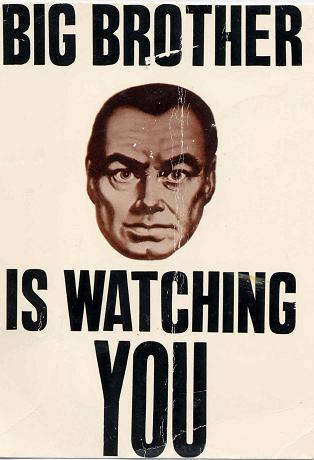 It is now public knowledge that the NSA has been spying on us (unless you’ve been living under a rock and, lucky for you, exempt from digital surveillance) thanks to the information leaked by Edward Snowden last week.

In the wake of this scandal, people crowded into St. John’s Presbyterian Church in Berkeley on Tuesday, June 11, to participate in a panel discussion titled “Our Vanishing Civil Liberties,” centered around the intricacies of government intrusion and spying in the age of the War on Terror.

Among the panel members were Daniel Ellsberg, famed leaker of the Pentagon papers; Birgitta Jónsdóttir, member of the Icelandic Parliament; Normon Solomon, activist and author; and Nadia Kayyali, a legal fellow with the Bill of Rights Defense Committee.

As Kayyali noted, we now know about the NSA’s capability of obtaining the metadata for all domestic phone calls in the United States, which can include the call length, who you’re calling and in some cases the location of the phone calls.

So is Snowden a patriot or a traitor? For the panel members, the answer was obviously in support of the former. However, for California’s own US Sen. Dianne Feinstein, whose name the crowd constantly met with a crescendo of hissing, Snowden is a criminal, guilty of treason.

Ellsberg spoke of the comparisons between Snowden and Bradley Manning, an ex-U.S. soldier arrested in 2010 for leaking classified information to WikiLeaks, noting that Manning’s leaks dealt solely with issues “over there,” specifically in Iraq and Afghanistan, while Snowden’s case is inherently more domestic.

“The American people, like other humans, are unfortunately not that concerned about what is done to people over there,” said Ellsberg. “Especially when their leaders tell them that it is necessary to their safety. What strikes me about Snowden is that it affects us, you, everybody.”

However, the repercussions of Snowden’s leak are not solely rooted in America. Jónsdóttir informed the crowd that many European Union countries are concerned with the extended power of the NSA.

“Our leaders in the many different countries in Europe are so worried about this probing into the privacy of citizens of the EU that they are thinking of building a fortress around Europe to protect us against the surveillance and the invasion of our privacy from the United States,” said Jónsdóttir.

Our challenge now, as Ellsberg stated, is escaping the abyss of unchecked government surveillance. But can we do it? For this question, Ellsberg didn’t have an answer.

The panel raised intertwining issues of government overreach and public apathy, painting the picture of a United States embodying the Orwellian dystopia of 1984 combined with Aldous Huxley’s portrait of apathetic hedonism in Brave New World.

However, Kayyali appeared optimistic for the future, calling upon education and public discussion as the only potential to escape from the intrusive acts of the NSA.

“Never stop educating yourself,” Kayyali told the crowd. “Take everything that you’ve learned here tonight and share it with those around you. The only way we are going to see any change is if we have an educated populace, something that we are severely lacking right now.”

Without action, Ellsberg warned of the potential for a country in which privacy is nonexistent, or what he colloquially refers to as, “The United Stasi of America.”

In her closing statement, Jónsdóttir offered this coda in the form of a poem: “Now is the time to yield to the call of growth, to the call of action. You are the change makers. Sleepers of all ages, wake up now.”