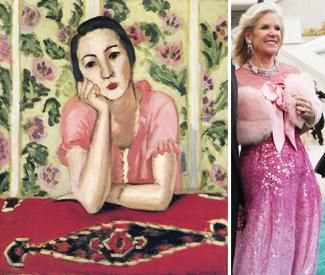 At a quarterly meeting on June 6, Diane “Dede” Wilsey was summarily re-elected as president of the Board of Trustees of the Fine Arts Museums of San Francisco (FAMSF). The election marks her sixth consecutive term in a post she’s held since 1998, a tenure made possible when the board eliminated term limits in 2009.

She ran uncontested, and her unanimous endorsement by the board’s Nomination Committee was granted, in the words of Committee Chair Lisa Zanze, to be “mindful of the need for continuity” at FAMSF.

Earlier this year, Wilsey was the subject of harsh criticism by former and unnamed current employees at FAMSF, who anonymously submitted information to the Bay Guardian demonstrating that, among other things, Wilsey was directing staff members to assist with the maintenance of her personal art collection on museum time. Curator Emeritus Robert Flynn Johnson was even quoted in the New York Times as saying the museum was in a state of “Orwellian dysfunction” under Wilsey’s leadership.

Other allegations of mismanagement have included the ouster of several well-regarded, veteran members of the museum’s staff, such as European art curator Lynn Orr. Eyebrows were also raised over the exhibition of Wilsey’s son Trevor Traina’s photography collection at the deYoung last summer. Incidentally, Traina was re-elected to the FAMSF board last week after briefly retiring in April 2012, just before his show opened.

Despite the controversy, Wilsey’s position was never questioned at last week’s meeting. The need for “continuity” ostensibly stems from a gap in leadership at the museum following the death of Director John Buchanan in December 2011. The protracted recruitment effort for Buchanan’s replacement finally came to an end earlier this year, in the wake of the controversy, with the appointment of Colin Bailey, former deputy director and chief curator at The Frick Collection in New York. (On Thursday, Wilsey likened working with the selection committee to “herding cats.”)

It’s true that Wilsey has an extensive record of arts patronage in San Francisco. But with Wilsey retaining her post as president of the board, it’s unclear whether the “points of great concern amongst a broad range of professional staff” highlighted in an anonymous note sent to the Guardian this past February have been adequately addressed. The outcome of Wilsey’s re-election, perhaps, was the quiet dismissal of an ugly period in an institution otherwise concerned with beauty.