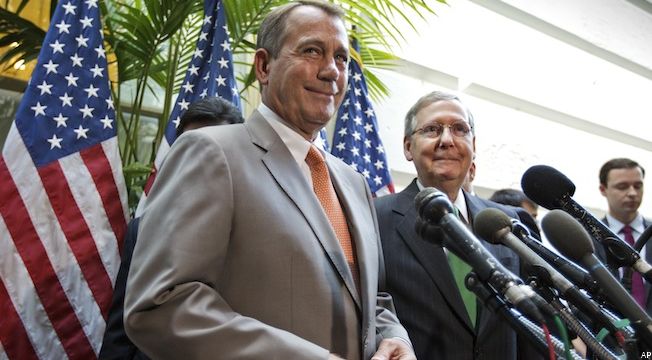 Everyone knows and loves the expression “out of the mouths of babes”, but I doubt that’s the reaction this poll got in the halls of Republican power. Apparently (and not surprisingly) younger Americans of all stripes don’t like the GOP.

Before you sputter away with “another lib poll”, this one comes to us from the Winston Group and the College National Republican Committee. Despite attempts at rebranding and spiffy stabs into high tech, the general consensus among Millenials is that Republicans are generally “closed minded, rigid, racist and old fashioned.” In related news, water is wet, the Bay Area is foggy and Justin Bieber’s career longevity is unlikely.

As marketers and businessmen of any political ilk will tell you, if you don’t get the young to buy what you’re selling, attrition is gonna wipe out your sales. As political analysts will also tell you, voting patterns are set young and when voters vote three straight elections a certain way, they tend to ossify.

The Republican Party is in a major league bind. Having relied on the “Southern Strategy” of racial resentment since 1964 when it made numerical sense (that is, not many minority voters) and now having to change and fast (30% of the electorate will be non-white in 2016), what can they do? Race is their glue. But as a twenty something today has spent most of their life among all kinds of people and is no longer isolated, racism’s zing is ineffective.

And on economic issues, they do just as badly. The poll tells us that younger voters are far more savvy and realistic than the “I know I’m gonna win the lottery” jackalopes whose sinuses seem glued to Fox 24/7. Poll says that they realize that unless they become wealthy or end up at the top of a big business does the GOP care about them. Which means they are astute enough to realize that not only are the odds against them, but they’re stacked in favor of the scions of inherited wealth.

That these people are all under 30 and are savvy enough to grasp what their supposedly wiser elders refuse to believe tells me that what I have believed for over 20 years about the Right is plainly obvious–economic conservatism and belief in the pseudo “free market” sense is really tied to the idea of privilege. In the “natural order of things”. But if you’re on the outside looking in and know it, playing to this sentiment is a loser–which means that the supposedly naive kids are a lot more intuitive than their parents.

Put plainly and simply, it’s impossible to persuade someone that the mythical 50’s were better than now, if the person and question has no connection to that era, save a few minutes of Weezer’s famous Happy Days spoof. The invocation of “good old days” only reminds kids that their inflexible, narrow-minded reactionary elders aren’t living in the here and now. Not a winning strategy ever for anyone.