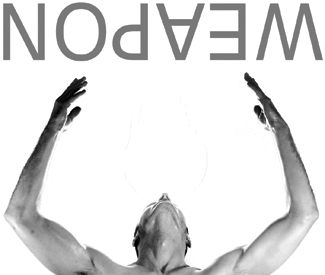 DANCE Liz Tenuto and Justin Morrison — two dancer-choreographers who’ve made up for their limited time in the Bay Area by being highly, polymorphously productive — share a bill at CounterPULSE this weekend. Tenuto will show a work for three dancers in two parts, the first of which premiered at ODC Theater last December under the title The Darkest Hour Is Just Before Dawn (featuring the trio of Esmeralda Kundanis-Grow, Elizabeth McSurdy, and Rebecca Siegel). Morrison performs in the debut of his new solo work, entitled Weapon.

As performers and performance makers, Tenuto and Morrison are very distinct, but each brings to their work substantial rigor and experience as well as strong connections to local dance-performance work at large, including collaborations with many leading figures in the Bay Area scene. As a dancer, Tenuto has brought her distinctive blend of physical skill, manic humor, and sinuous sensuality to several productions by Laura Arrington Dance, and worked too with Anne Bluethenthal Dance and Scott Wells & Dancers, among others.

Morrison, a graceful and intelligent force on stage, has been a member of Hope Mohr Dance Company, and continues to work with Sara Shelton Mann as well. In fact, it was his first work with Mann (in 2009) that introduced him to San Francisco, which he adopted the following year following three years in Amsterdam as part of Katie Duck’s improvisation-driven Magpie Music Dance Company. (That relationship continues too: Duck was at Kunst-Stoff in April with Crimes and Casualties, performed with Alfredo Genovesi and Morrison, as part of Arts Building Consortium’s Visiting Artist Series Exchange program.)

Tenuto and Morrison share important points of contact in the local scene —for example, in their mutual appreciation for and conversations with contemporary drag, especially as it continues to evolve in the Bay Area’s rich mixture of nightlife performance and contemporary dance. They have both performed as part of Oakland-based SALTA collective’s monthly performance program, PPP (a bright area of experimentation and conversation that celebrates its one-year anniversary in June).

But probably more interesting still is what separates them. Between the new work on display from each artist, Pageantry — as the CounterPULSE program is titled — promises to offer an intriguing contrast, reflecting something of the breadth of styles and formal concerns that make the contemporary dance scene here both dynamic and complex.

This diversity has been an empowering force, notes Tenuto, who comes to dance from a strict ballet context initially and credits her Bay Area contemporary dance peers with a radical development of her outlook and work.

“[In coming to the Bay Area] I was taking in a whole new set of values, and that was very eye-opening for me. It really freed me from this dance past that I’d inherited. As a dancer, you’re trained to be very obedient,” she says. “All of these people stirred me up in a lot of different ways; opened up a whole realm of possibility for me, all these other states of mind that I didn’t normally access when I dance — darker states than I had every been comfortable dancing with before — and feeling the power of the poison, being comfortable expressing that and not feeling shame for it or being afraid of it. I think prior to meeting all these people I was afraid of that. Now I’m able to not only access it but also decide how much I let in, to control it, fine tune it, which is very exciting.”

In her new piece, Tenuto aims at expressing the emotionally and psychologically volatile between-ness that comes with a powerful disruption to one’s everyday equilibrium.

“Both pieces are really about the moments right before you go through a big change,” says Tenuto, “it’s a close reading of such moments. It’s very detailed, [and performed] in a very rich way, a very vibrant and dense way —but also a little bit artificialized and over the top, which is definitely something that I’ve inherited from being a performer in San Francisco and commingling with drag and commingling with theater.”

According to Tenuto, her work plays with the suggestion of narrative rather than a specific storyline (she notes that whereas part one operated tonally as a kind of hyper-drama, on a par with a Mexican soap opera, part two will be more of a mystery-noir). Morrison, by contrast, eschews narrative altogether, in terms that imply a reluctance to imbue dance with the limiting horizon such narrative tropes can form.

“There seems to be a proliferation of works that are, or seek to be, ‘about’ something,” notes Morrison. “Perhaps [that’s] a byproduct of the grant writing process.”

Morrison says he finds this problematic, since “it forces artists to contrive a narrative, often steeped in cliché.” More often than not, this means for Morrison familiar platitudes around identity and politics.

“Work,” he contends, “becomes overtly a narrative about self, about the performers, about the economy, for example; at times, [this means] ignoring the phenomenological, the abstract, or that which cannot otherwise be described, only experienced.”