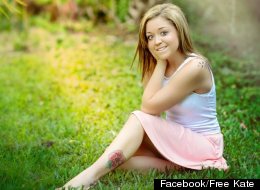 No issue in America has had as abrupt a public opinion turn as gay rights. Once a third rail that could never be touched by politicians lest the juggernaut of America’s homophobes land on them, gay rights are now on their way to be accepted for what they actually are–basic human rights. Same sex marriage polls favorably by almost 3-2, ten years go, that figure was reversed. It’s easy to see why–as more gays and lesbians come out, more friends, neighbors, coworkers and family realize the plainly obvious–put a human face on an abstraction and the abstraction disappears. When it’s your kid or workmate, you get mighty angry when they’re attacked.

Nothing ever changes completely that fast, though. The two major stories of today–18 year old Floridian Kaitlyn Hunt’s refusal of a plea bargain in exchange for charges of sexual abuse of a minor (a 15 year old female) and the Boy Scouts of America’s decision to let openly gay kids join–are examples of the residue of obstinate, fundamentalist lunacy when it comes to the issue of same sex relationships, especially those of teens.

In the former’s case, Ms Hunt has been in an ongoing relationship with a younger girl for over a year, which began when both of them were minors. According to Hunt’s attorney, the younger girl’s parents were indeed aware of this at the time and seem to have waited until Hunt achieved majority before pressing charges which are two felony counts of “lewd and lascivious battery on a child 12 to 16” .

The local DA offered a plea deal of house arrest for a few years, which doesn’t sound too extreme–but part of the deal means Hunt becomes a registed sex offender, which affects the rest of her life. Hunt (no fool she) refused this.

That the relationship has been ongoing and that the “victim’s” parents picked the date they did to press charges indicates that they are vindictive and clueless. Their anger is really aimed at their own daughter because as fundamentalists, a lesbian child is a clear rebuke to their beliefs. The narrative of “older girl as seducer” is comforting, but ultimately absurd. This was and is a consensual relationship between peers and one set of parents cannot accept it and are willing to ruin another person’s life. It never occurs to them that in doing this, they may well ruin their own daughter’s faith and trust in them. But when you have been thinking inside the box your whole life, this never arises.

The case of the BSA is simple. Pressure from the rest of the world circa 2013 plus some really ugly moments for them has dragged them into the modern world. Naturally, the yammering toads on America’s right flank are going predictably bonkers. One, because many of them do believe their own bullshit, two, because this is lucrative (“only we can protect you, send us money and we’ll show you how”) and three because when one major article of faith is obliterated, all of them are vulnerable. If gay marriage, open gay relationships between teens and openly gay Scouts are acceptable, what else falls? People may wonder why these liars should be heeded at all and there goes the scam!

Therefore, for this madness to end, the Republicans have got to tell the fundies to stow it. Not only is this nonsense ugly, it could very well doom them to extinction. As today’s birthday boy once sang in the 60’s, the times are a changing. And in reality, Kaitlyn Hunt should be a hero to the GOP for doing what they believe is the greatest thing any American can do. Stand up to government tyranny. Unless it’s theirs, of course.