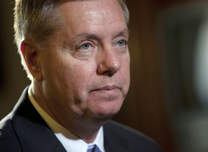 This has been a wretched stretch of brutal press for Barack Obama lately. Battered over and over by revelations of IRS malfeasance, aggressive assaults on press freedom at the AP and Benghazi ad infinitum, the hits keep on coming, amplified by the dual forces of the “Conservative Entertainment Complex” (as exemplified by this great pundit) and a “liberal media” that has realized that Internet hits are their most likely saving grace and revenue stream. It has reached such fevered pitch that the media is making a chilling analogy commonplace!

Thing is, once you get out of the fever swamps of the Internet, where seething Caucasian retirees amped up on Fox n Metamucil dominate debates with wildly incoherent snatches of reactionary-babble that sound like bizarre code to the unintiated, nobody–and I do mean NOBODY–gives a rodent’s anus about any of this. Be it at the laundromat, the gym, the coffee shop, kid’s schools, diner—general talk in my neck of the woods is a smorgasbord of the usual celeb/weather thing. And why?

Not just because none of this impacts anyone directly (certainly not as directly as this, which affects everyone that breathes, namely everyone alive), but in reality, because the Republican Noise Machine’s ceasleless elevation of every Obama falter/failure to a matter of the utmost urgency (requiring Obama’s removal) has rendered the public and even a fair amount of the blogosphere numb to their unending pounding. Benghazi–a bloody mess of a tragedy that left four Americans dead has actually been called by one of the GOP’s most repellant figureheads as more significant than 9/11. Another has called for impeachment. As the same level of outrage never existed during the Bush years (and similar attacks that left 60 people dead), this is transparent nonsense. Not to mention the hearings themselves over Benghazi, which deliberately leave out testimony from any key players that might deviate off script.

Of greater importance would be the IRS and AP scandals. But even these are revealed to be borderline ridiculous–the IRS didn’t single out only Tea Party groups and the AP’s claim of political persecution is no more than an attempt to deflect a legitmate inquiry into a serious security breach. Let’s get real: Using the IRS to persecute one’s opponents is serious beyond serious–but when the campaign finance laws have been upended, the IRS making legitimate inquiries into an organization’s status is to be expected.

The real issue at hand here is that for over 20 years, the Republican Party has molehilled into mountains every story that they thought would sway public opinion. And it tends to crest at the same time as well–right after a Democratic incumbent shocks them by trouncing a challenger, as was also the case in 1996. Never mind that the kitchen sink was thrown at both Clinton and Obama, whose policies themselves could barely be described as genuinely progressive, the only thing that mattered was wrecking their approval ratings in time for midterms or for the next presidential election–and as the Democrats gained seats in 1998 and their dreadful candidate outpolled the Republican in the popular vote in 2000, it really doesn’t work.

But they’ll cry wolf forever, because at this point “conservative politics” are a lucrative racket. And by playing this bait and switch game, the public tunes out even the things that are critical to them. So, “Benghazi” and the others replace “ACORN” or “Jeremiah Wright” for a spell and then roll back into the sea of noise like so many barking seals. But as the media lock that existed 15 some years ago disappears, these stories will hopefully carry less gravity in the future and pass along with the embittered folks whose panic over cultural changes has turned them into easy marks. Can’t come fast enough for me.