Home Why are the feds cracking down on pot again? 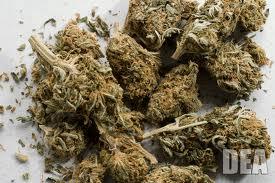 President Obama keeps saying that marijuana isn’t a big priority for his administration, and his rogue nutcase of a US Attorney in Northern California keeps making it a priority. Now the Drug Enforcement Administration, which also reports to the White House, is joining the action, going after licensed dispensaries in San Francisco and San Jose.

Maybe the feds are just trying to make sure everyone’s following the rules — except that the DEA has no jurisdiction over California law, and California laws says the dispensaries are just fine. So it’s hard to imagine that this is anything other than a heavy-handed attempt to drive more pot clubs out of business.

For what? For why? And why are our US Senators, Dianne Feinstein and Barbara Boxer, not making a stink about this?