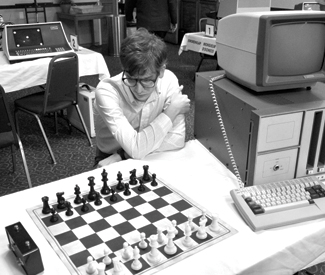 Prince Avalanche (David Gordon Green, US, 2012) It has been somewhat hard to connect the dots between David Gordon Green the abstract-narrative indie poet (2000’s George Washington, 2003’s All the Real Girls) and DGG the mainstream Hollywood comedy director (2008’s Pineapple Express, yay; 2011’s Your Highness and The Sitter, nay nay nay). But here he brings those seemingly irreconcilable personas together, and they make very sweet music indeed. Paul Rudd and Emile Hirsch play two men — one a fussy, married grown-up, another a short-attention-spanned man child — spending the summer in near-total isolation, painting yellow divider lines on recently fire-damaged Texas roads. Their very different personalities clash, and at first the tone seems more conventionally broad than that of the 2011 Icelandic minimalist-comedy (Either Way) this revamp is derived from. But Green has a great deal up his sleeve — gorgeous wide screen imagery, some inspired wordless montages, and a well-earned eventual warmth — that makes the very rare US remake that improves upon its European predecessor. Wed/1, 4pm, and Fri/3, 6:30pm, Kabuki. (Dennis Harvey)

Fill the Void (Rama Burshtein, Israel, 2012) Respectfully rendered and beautifully shot in warm hues, Fill the Void admirably fills the absence on many screens of stories from what might be considered a closed world: the Orthodox Hasidic community in Israel, where a complex web of family ties, duty, and obligation entangles pretty, accordion-playing Shira (Hada Yaron). An obedient daughter, she’s about to agree to an arranged marriage to a young suitor when her much-loved sister (Renana Raz) dies in childbirth. When Shira’s mother (Irit Sheleg) learns the widower Yochay (Yiftach Klein) might marry a woman abroad and take her only grandchild far away, she starts to make noises about fixing Shira up with her son-in-law. The journey the two must take, in possibly going from in-laws to newlyweds, is one that’s simultaneously infuriating, understandable, and touching, made all the more intimate given director Rama Burshtein’s preference for searching close-ups. Her affinity for the Orthodox world is obvious with each loving shot, ultimately infusing her debut feature with a beating heart of humanity. Wed/1, 6:30pm, and Thu/2, 4pm, Kabuki. (Kimberly Chun)

The Strange Little Cat (Ramon Zürcher, Germany, 2013) There’s a strange music to this light-on-its-toes, rhythmic, and ultimately mesmerizing chamber piece by first-time feature director Ramon Zürcher — one seemingly informed by dance, Gerhard Richter, contemporary opera, and Jean-Luc Godard in a latter-day gimlet-eyed state. The arc of a banal yet odd day is traced, within mostly the close confines of a Berlin apartment, as family members enter, interact, and then retreat in a kind of call and response: the mother runs a kitchen machine, a girl cries out as if to mimic its roar, a cousin who looks as if he’s straight out of a Dutch master painting soberly surveys the scene, while the eponymous feline weaves in and out of the action. In fact, that pet is the most domesticated of the lot populating this riveting domestic scene, all of which makes you want to see what Zürcher cooks up next. Wed/1, 9pm; Sun/5, 7pm; and May 8, 4pm, Kabuki. (Chun)

Salma (Kim Longinotto, England/India, 2012) Kept like a prisoner in her in-laws’ house for more than two decades, Salma is more than the most famed woman poet writing in the Tamil language. She’s also an archetypal South Indian woman of her time and place: married as a teen despite her desire to read and write poetry, her body controlled by her husband and family, and her freedom constricted to the point where she was once forced to write on scraps of paper in the toilet and to smuggle her verse out to have it published. What follows is the stuff of fairy tales, as Salma evolves into a politician and heroine who speaks for those otherwise muffled by their burkas and smothered by circumstance. Documentarian Kim Longinotto keeps a close eye on the oppressive culture that once harbored the writer — and inspired her to express herself — yet also takes the time to notice Tamil Nadu’s many small instances of beauty, in mutable pink and purple skies, a gold-flecked green sari, and showy weddings that mark both the beginning, and end, for so many young girls. Documentarian Longinotto whets one’s appetite for more of Salma’s words, while upholding her story’s relevance amid rising consciousness concerning the rights of all women in India. Thu/2, 6:15pm, Kabuki; Sat/4, 2pm, PFA; Sun/5, 3:45pm, New People. (Chun)

Computer Chess (Andrew Bujalski, US, 2013) Mumblecore maestro Andrew Bujalski (2002’s Funny Ha Ha; 2005’s Mutual Appreciation) makes his first period picture, kinda, with this stubbornly, gloriously retro saga set at an early-1980s computer-chess tournament (with a few ventures into the freaky couples-therapy seminar being held at the same hotel). The technology is dated, both on and off-screen, as hulking machines with names like “Tsar 3.0” and “Logic Fortress” battle for nerdly supremacy as a cameraman, wielding the vintage cameras that were actually used to film the feature, observes. Tiny dramas highlighting the deeply human elements lurking amid all that computer code emerge along the way, and though the Poindexters (and the grainy cinematography) are authentically old-school, the humor is wry and awkwardly dry — very 21st century. Keep an eye out for indie icon Wiley Wiggins, last seen hiding from Ben Affleck’s hazing techniques in 1993’s Dazed and Confused, as a stressed-out programmer. Thu/2, 9pm, and Sat/4, 4pm, Kabuki. (Cheryl Eddy)

The Cleaner (Adrián Saba, Peru, 2011) An austere take on substitute-parental bonding dressed in apocalyptic sci-fi clothing, Adrián Saba’s Peruvian feature finds the world ending not with a bang but with a sickly whimper. (If you’ve ever breathed the toxic air or looked at the shit-brown sea around Lima, you’ll find this pretty credible.) A middle-aged loner (Victor Prada) tasked with cleaning up the death sites of citizens felled by a fatal epidemic finds a surviving young boy (Adrian Du Bois) in one such apartment. Their forced, awkward pairing — because the death toll is so high city services can no longer taken in another orphan — is poignant and terse in what’s a minimalist companion to the underrated 2008 adaptation of José Saramago’s plague saga Blindness. Sat/4, 6:15pm, Kabuki; Tue/7, 8:40pm, PFA; May 9, 8:30pm, Kabuki. (Harvey)

Invasion of the Body Snatchers (Philip Kaufman, US, 1978) Yes, Vertigo (1958) is very nice. But here is my alternate choice for Best San Francisco Movie Ever: 2013 SFIFF tributee Philip Kaufman’s 1978 remake of the 1950s sci-fi classic. Donald Sutherland, Brooke Adams, Jeff Goldblum, Veronica Cartwright, and Leonard Nimoy are among the locals who get very paranoid — with no pot brownies involved — when everyone around them starts turning coldly conformist. Given the film’s fond evocation of the city’s loopy, friendly, countercultural vibe at the time, this shift in the psychological weather really is alarming — arguably much more dramatically so than it was the vanilla small-town setting of Don Siegel’s original or Abel Ferrara’s military-base 1994 version. Wonderfully creepy, eccentric, stylish and humorous, it was Kaufman’s first commercial success. He will appear at the Castro screening to discuss it, his career in general, and to accept his Founder’s Directing Award. Sun/5, 7:30pm, Castro. (Harvey)

Waxworks (Paul Leni, Germany, 1924) Paul Leni’s 1924 omnibus horror feature is considered one of the great classics of German Expressionist cinema. A young man (William Dieterle, who went on to a long Hollywood directing career) answers an ad seeking “an imaginative writer for publicity” work at a wax museum. There he’s asked to write “startling tales” about specific wax figures, envisioning himself and the owner’s comely assistant (Olga Belajeff) as hero and heroine in each narrative. The first and longest tale has the two of them as a couple who get unwanted attention from the tyrannical, lusty Caliph of Bagdad (Emil Jannings). It’s an attenuated comic episode sparked by spectacular abstracted “Middle Eastern” sets. Next, Conrad Veidt (of 1920 Expressionist flagship film The Cabinet of Dr. Caligari) plays Ivan the Terrible in a more macabre story of bloodthirst and madness. Finally, Werner Krauss is “Spring-Heeled Jack” (i.e. Jack the Ripper), terrorizing our protagonists in a brief riot of nightmarish superimposed images. SFIFF’s annual silent film extravaganza at the Castro will be accompanied by a stellar quartet of musicians playing an original score: Mike Patton, Scott Amendola, Matthias Bossi, and William Winant. Expect an eclectic and propulsive evening of sounds equally schooled by punk, prog rock, and jazz. Tue/7, 8:30pm, Castro. (Harvey)

Before Midnight (Richard Linklater, US, 2012) Proving (again) that not all sequels are autonomic responses to a marketplace that rewards the overfamiliar, director Richard Linklater and his co-writers Julie Delpy and Ethan Hawke reconnect with the characters Céline and Jesse, whom we first encountered nearly 20 years ago on a train and trailed around Vienna for a night in Before Sunrise, then met again nine years later in Before Sunset. It’s been nine more years since we left them alone in a Paris apartment, Céline adorably dancing to Nina Simone and telling Jesse he’s going to miss his plane. And it looks like he did. The third film finds the two together, yes, and vacationing in Greece’s southern Peloponnese, where the expansive, meandering pace of their interactions — the only mode we’ve ever seen them in — is presented as an unaccustomed luxury amid a span of busy years filled with complications professional and personal. Over the course of a day and an evening, alone together and among friends, the two reveal both the quotidian intimacies of a shared life and the cracks and elisions in their love story. May 9, 7pm, Castro. (Lynn Rapoport) *