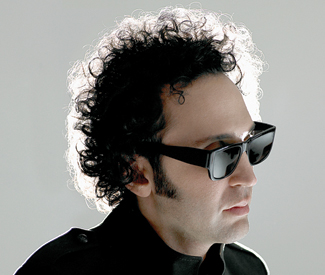 SUPER EGO This one’s for Scott Hardkiss — the actually legendary local-bred DJ and producer who in the early 1990s, along with his Hardkiss brothers in music Gavin and Robbie, helped put the psychedelic-ecstatic sounds of San Francisco house on the underground map. He passed away last week at 43 from what is presently believed to be an aneurysm, leaving behind his wife Stephanie, his two-year-old daughter — and legions of fans who revel in his sonic legacy. (For anyone looking to connect with Scott’s mixing genius, it does not get much better than his ’90s Essential Mixes and his final masterpiece, a gorgeously melodic, three-hour-long, balearic-to-hardcore-funk 2011 mix at Brooklyn’s Room Zero, www.soundcloud.com/scotthardkiss.)

But the greatest musical tribute came from Hardkiss brothers Gavin and Robbie themselves. They’ve started DJing and making music together again, and absolutely ruled playing the Public Works loft a couple months ago. They posted their excellent recent, paradoxically uplifting track “Broken Hearts” (www.soundcloud.com/robgav) whose hook sounds like, “I hope that your broken heart can mend — and we can play music,” and wrote:

“1991 … San Francisco … Drunk on Love … Optimism … Anything is Possible … All in Together … Start a Family … Make Music … Forever … We lost our brother yesterday but he lives in this song. This song does not exist without Scott in our lives. Our hearts are broken that we’ll never make music together here again. We love you Scott.”

And as Q-Burns recalled, “I still remember this sort of hippie-ish thing Scott said to me: ‘This isn’t a song … it’s a living being.'” I think we can all relate. Scott is still raising the dancefloor with life.

CLUB LEISURE: UNDER THE APRIL SKIES

We’re gifted with a darkly springy Jesus and Mary Chain tribute at this rollicking Britpop monthly that covers roughly four decades of great haircuts and greater tunes, mod to Madchester, ’90s indie to Northern Soul. Who else to listen to but JAMC throughout the dark months of April and May? (Well, besides Cocteau Twins, of course.) DJs Omar Aaron Axelsen, and Jeremy are your expert curators, Union Jackoff hosts the Britpop karaoke, Vis-a-Vis projects the psychedelic visuals.

Back in November of 2010, heavenly German house- and disco-rejigger king Tensnake was at the height of his powers. With several hit records, including the inescapable “Coma Cat,” and an era-defining mix for Resident Advisor under his belt, he was set to embark on a world tour (including a much-hyped stop in SF) when his hopes were felled by both family tragedy and visa problems. He all but disappeared from the scene for a while, but has recently come raging back with several ace mixes and remixes. In 2013, we’re used to dance music history being shuffled uncannily into new and funkier decks, but Tensnake’s charm and humor have been missed. Who else would successfully mix a tearjerkingly deep Aril Brikha track into a goofy Mr. Oizo rap? Or kick off his 2013 BBC Essential mix with local spiritual jazz goddess Alice Coltrane?

The EndUp lost the plot for me a few years ago — I can’t even enjoy a little 5am messy on its classic dancefloor or in its one mens room stall anymore, because the music and crowd have gotten way too wraparound shades EDM. And I grew up there, k? Maybe that’s about to turn around with the appearance of this true dance music innovator, one of my top 5 faves of all time, with almost four decades of legendary production work under his belt. We’ll see! Especially with Dubtribe Soundsystem and Adnan Sharif backing up. If this is a cry for rep-restoring help, it’s gonna sound sweet.

Dark and menacingly lovely drum-and-bass derived textures from this Deep Medi UK label favorite, who combines stalkery British underground dub sounds with an ear for ethereal percussion and some early Detroit-derived energy. He’s also rather a babe, so there you go.