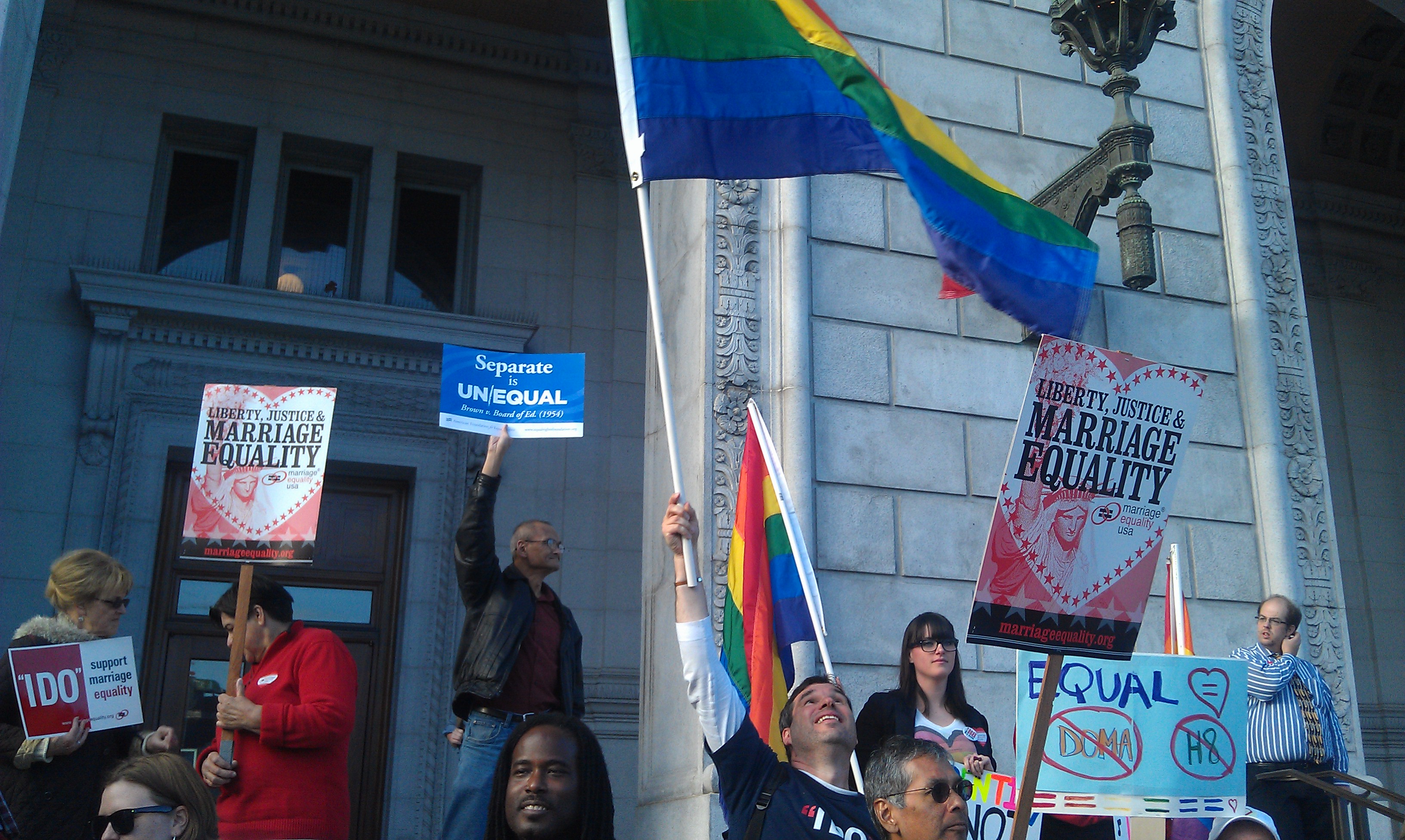 LGBT rights activists held a vigil outside the California Supreme Court building in San Francisco March 26 as part of several events launched in response to yesterday’s U.S. Supreme Court hearing on Proposition 8. Today, the court is considering the Defense of Marriage Act, a law that restricts federal marriage benefits for same-sex couples.

The slideshow features interviews with  (in order of appearance) Justin Taylor, who said he was there to stand up for the rights of his mothers, who have been together for 16 years; Jackie Jolly, who said that for her the issue is about the underlying principle of equality; Thomas Coy, who teared up as he addressed the crowd and shared a memory of his husband, who passed away three years ago; and Trey Allen, who helped organize a rally and march on Monday and expressed hope that the Supreme Court would reach a favorable outcome at the end of June.

This evening, LGBT activists will return to 350 McAllister Street in San Francisco to hold a second vigil from 4 to 8 p.m.