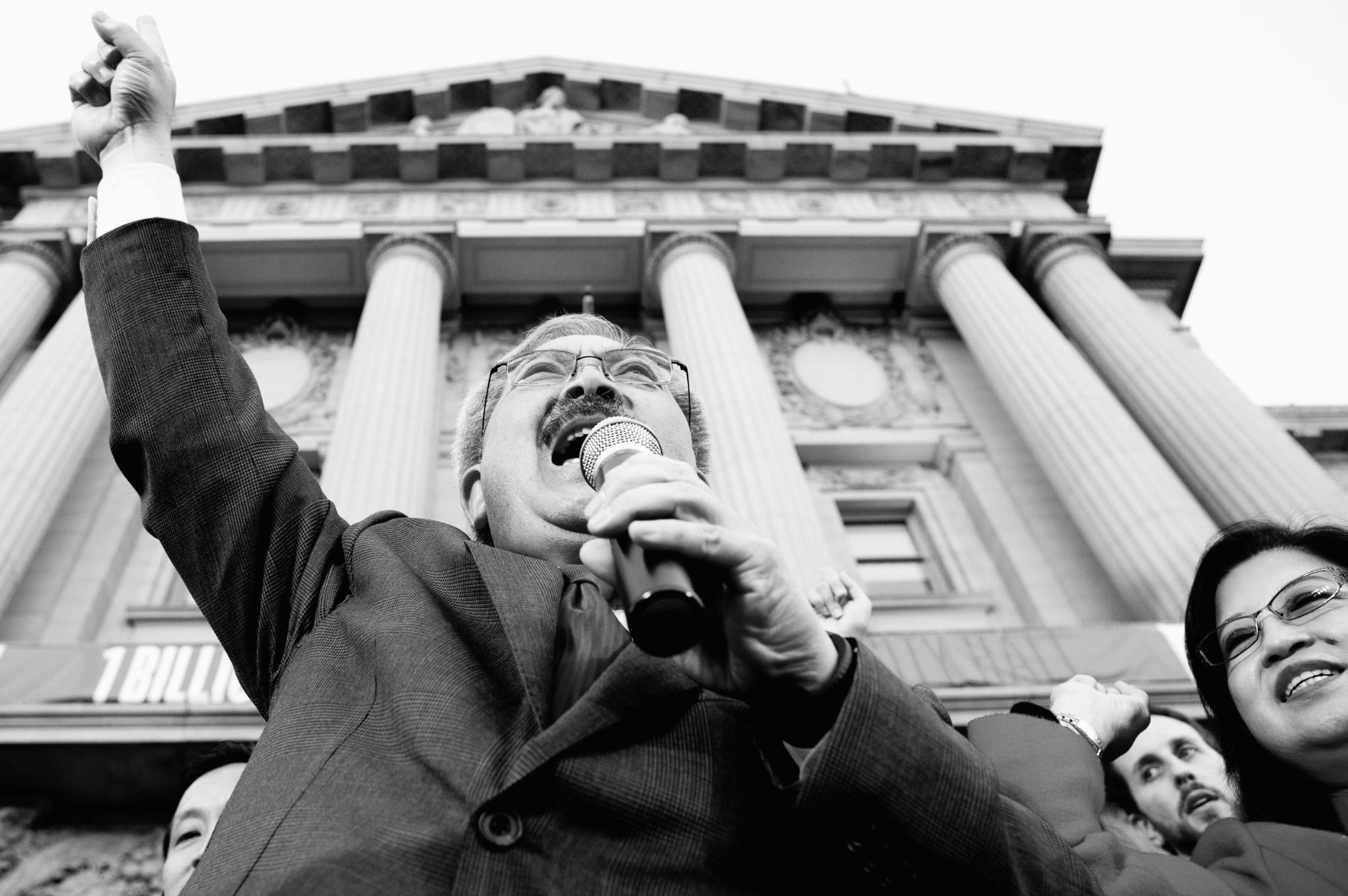 My story in this week’s Guardian about how Airbnb appears to be refusing to pay the hotel taxes it owes to the city has gotten a lot of attention. But I’m still getting stonewalled by representatives from the company and Mayor Ed Lee, who apparently refuses to take a public stand against corporate tax evasion, even when it means thousands of San Franciscans could get stuck with an unexpected tax bill.

How much money are we talking about? According to a study that Airbnb commissioned and publicized late last year, its hosts in San Francisco collect $12.7 million from their guests every year. That means that if the company was charging the 14 percent Transient Occupancy Tax – as the Tax Collector’s Office last year ruled that it must – it would be paying the city nearly $1.8 million annually.

But that doesn’t seem to be happening, although only Airbnb can say for sure, which is why its spokespeople have been dodging my questions for more than a week. As I reported, taxpayer privacy laws prevent city officials from disclosing how much individual businesses pay in local taxes, but we do know Airbnb doesn’t add the TOT to the online transactions it facilitates or specifically encourage its San Francisco hosts to collect the taxes (even though the tax codes make the hosts and Airbnb jointly responsible for this growing debt to city coffers). And with the company charging 6-12 percent per transaction, it’s a safe bet that it isn’t simply paying the taxes itself.

What makes this particular case of corporate tax dodging even more interesting is the fact that Mayor Lee has a close connection to this particular San Francisco-based corporation. Venture capitalist Ron Conway is a top investor in both Airbnb and Mayor Lee’s political campaigns, creating a potential conflict-of-interest in Room 200. Last year, Mayor Lee personally lobbied against the interpretation by the Tax Collector’s Office, and now he appears to be silently backing Airbnb’s resistance to paying its taxes.

Last week, when I was trying to get a comment for Lee spokesperson Francis Tsang on Airbnb’s apparent tax dodge, he replied, “It’s an incorrect assumption that Airbnb and hosts haven’t been paying any transient occupancy tax..” Of course, because of the taxpayer privacy laws, Tsang can’t actually support that statement and I responded by laying out the evidence that the city is getting stiffed by Airbnb.

Then, he and Airbnb simply stopped responding to my questions, even though I’ve made repeated inquiries and asked only whether Mayor Lee was willing to make a public statement calling for a major San Francisco corporation to meet its local tax obligations. And in the interests of fully transparency, I’ll close with the email that I sent to spokespersons for Airbnb and the Mayor’s Office on Wednesday as my story came out, along with their emails in case you want to push for answers yourself.

Since I couldn’t get responsive answers from any of you about why Airbnb isn’t collecting the Transient Occupancy Tax from its guests, I wanted to forward the link to my story on the topic in our latest issue (http://www.sfbg.com/2013/03/19/airbnb-isnt-sharing) and to let you know that I will continue covering this issue in the Guardian and our sister newspapers until you address it publicly.

Because of privacy laws that limit the Tax Collector’s Office from addressing this directly, only Airbnb can say whether they’re paying any of the hotel taxes that the city last year conclusively ruled that they owe. As I reported in my story, that tax obligation is shared jointly by Airbnb and its hosts, who don’t appear to have been warned of this by the company, making this an issue of consumer protection as well as corporate greed.

Will the Mayor’s Office make a public statement opposing tax evasion? Will it stand up for San Franciscans who may be unwittingly stuck with the tax bill by Airbnb? Or will Mayor Lee stick up for a tax-dodging corporation funded by the same billionaire that funds his political campaigns? And how will people feel about San Franciscans and the city treasury paying for his political ambitions?

These are all questions that I plan to air and explore in the Guardian, and I think that our readers and the general public deserve answers to those questions. If there are reasons why Airbnb guests aren’t being charged the TOT, some other arrangement that has been made, or some other complex reasons why Airbnb feels it can’t comply with last year’s ruling by the Tax Collector’s Office, I’ll be happy to hear it and let you make your case to our readers. But I don’t think that continuing to stonewall me is going to be a viable strategy for any of you. I hope to hear from you soon.