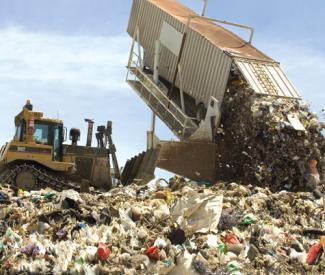 Yes, your garbage rates are going up. As much as 23 percent, maybe. That’s what Recology, the local trash monopoly, announced March 15.

The rate hike isn’t as bad as some people expected, nor is it as high as earlier predictions. More important, the way the company charges for the three bins we all use is going to change rather profoundly: No more free recycling and compost bins, but you can save money if you cut back on the amount of unrecyclable crap you shouldn’t buy anyway that’s headed to the landfill.

Here’s how it’s going to work:

Instead of paying $27.31 a month flat rate for garbage service, every household (and every apartment unit) will pay a $5 a month fee, plus $2 for every standard-sized green (compost) bin and recycling (blue) bin. Then there’s a $25.51 charge for a 32-gallon black (landfill) bin.

You can downsize to a 20-gallon black bin and upsize your recycling and compost to 64 gallons (that’s a LOT of compost for a city dweller; dude, quit throwing so much food away) and the monthly tab would be $26.94 — a little less than what you pay today.

The idea is that the city has mandated Recology to reach the level of zero waste — that is, 100 percent diversion away from landfill — by 2020, which means there won’t be any black bins any more, and an economic model based on charging for a service that won’t exist isn’t going to work.

Plus, the cost of fuel is going up, labor costs continue to increase, etc. We all know the story.

We also know that Recology never has to bid on the lucrative deal to collect waste in the city, and recently defeated a ballot measure that would have required competitive bidding. And unlike garbage companies in other cities (and other companies like Comcast and PG&E, that do business on city streets), Recology pays no franchise fee.

To make the whole garbage thing more complicated, a group from Yuba County is suing to overturn the deal that will allow Recology to haul San Francisco landfill waste 125 miles north to the Ostrum Road landfill in Wheatland. It’s really complicated, but essentially Recology did have to bid on that part of the deal (since the waste hauling takes place out of the city), won the bid against Waste Management, Inc., and is going to be loading about 400,000 tons of waste onto a rail line out to Wheatland.

This is, if the San Francisco Superior Court doesn’t toss the deal on the grounds that the Environmental Impact Report wasn’t adequate.

The Yuba Group Against Garbage petition for an injunction will be argued March 27 — and in the meantime, the group, along with some San Francisco advocates, is calling for the city to re-open the bidding process. YuGAG, obviously, doesn’t want the Ostrum Road Landfill to expand. The group’s lawyer, Brigit S. Barnes, sent out a statement March 20 outlining here case:

By failing to conduct any environmental review prior to its decision to enter into a Facilitation Agreement with Recology San Francisco, the City violated procedures clearly defined by CEQA, the terms for its own Request for Proposal, and the City’s own Administrative Code. Approving the project prior to completing a satisfactory CEQA review amounts to a failure to proceed in a manner required by law. The City’s subsequent attempt to fix the CEQA violation by terminating the 10-year agreement with Recology is ineffective because the statutorily mandated order of actions [first to certify the EIR document and then to consider the project, including any essential mitigations] is reversed.

Waste Management Inc., tried unsuccessfully to block the deal; WMI, which runs the landfill in Alameda County, wants the city’s trash to continue going there, which isn’t a perfect option either (and WMI is hardly a flawless company). So garbage is a mess. What else is new.