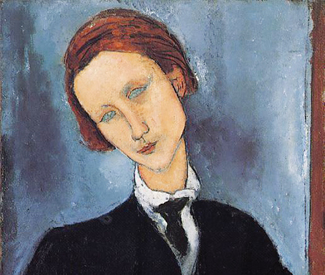 The lack of a director at the Fine Arts Museums comes at a time when staff members say morale is low and some key employees have been dismissed. The agency is still suffering from the fallout of the firing of Lynn Orr, former Curator in Charge of European Art, who was stationed at the Legion of Honor and is widely respected in international art circles.

Orr planted the seed to bring Dutch paintings to the de Young in 2007, when she traveled to Maastricht and had tea with the former chief of collections at Mauritshuis, The Royal Picture Gallery. He’d told her that museum renovations would soon be in the works, so she encouraged him to schedule a tour and add San Francisco to the list of venues.

Yet when “Girl with a Pearl Earring: Dutch Paintings from the Mauritshuis” opened at the de Young on January 26, Orr was not invited, she told the Guardian.

“I was told on Tuesday before Thanksgiving at 4:30 in the afternoon that I was terminated immediately, with no prior discussion, no prior warning,” Orr explained. When she demanded to know why she was being fired, “they said it was for performance reasons,” she recounted. However, “They gave no specific examples.”

Orr was employed at the museum for 29 years, and considered it her life’s work. Her recent Victorian exhibit had been lauded in Apollo Magazine, an arts publication, and she had brought other celebrated exhibitions to the museum over the years. “The job of curator not just doing exhibitions,” she explained. “It’s being the steward of the city of San Francisco’s public collection.” The de Young’s European collection, she added, is “one of the most distinguished collections in the country. It generates a huge amount of scholarly research and correspondence. It’s an important city asset.”

Since June, Orr said, more than half a dozen staff members have been fired from the de Young. Among them “are seasoned professionals who have been with the museum for decades,” she explained. While some city employees hold some staff positions at the FAMSF, Orr’s employer was COFAM. An email forwarded to the Guardian showed that the most recent notice of termination was handed down to Bill White, who managed the de Young’s Exhibition Design department and worked at the museum for more than three decades. His assistant is also being let go. Reached by phone at the museum on Feb. 21, White told the Guardian he was unable to discuss his pending termination.

Orr said she was deeply affected by the news that two more long-term staff members would no longer be a part of the museum. In the meantime, she has hired an attorney and plans to challenge her own abrupt dismissal. “To fire me after 29 years without any prior notice, having received nothing but very positive feedback regarding my performance during that entire time, and to then refuse to provide me any detail or information about the supposed performance issues,” Orr said, “not only seems deceptive and unprofessional — but also affects my professional reputation.” Yet she is heartened by the fact that many have rallied to her defense. “I’ve heard from almost 100 people directly: Former directors, former colleagues, arts historical and curatorial colleagues all across the country.”

In another incident raising serious questions about leadership at FAMSF, records provided to the Guardian show that museum staff were involved in reducing the value of a painting on government forms, apparently to avoid customs payments.

An oil painting was being sent to Paris in September 2012 for authentication, where experts at the Wildenstein Institute would determine whether it was the work of Italian painter Amedeo Modigliani. Its value, originally reported on an accompanying pro forma export invoice at $500,000, could have risen considerably depending on the results of the evaluation.

At the last minute, however, when the painting was already on a pallet at the airport, museum staff learned that they would be subjected to a nonrefundable customs fee amounting to $35,000. To resolve the matter, “the decision is to have Maria issue a new Pro Form [sic] Invoice with a value of $15,000 so that the French customs fee would be lower,” Director of Registration Therese Chen wrote in an email to several staff members including Maria Reilly, then a senior registrar. Reilly, another staff member who has since been let go from the museum, balked. “With all due respect, I am quite uncomfortable working with two sets of values for one painting,” she responded via email, documentation shows.

Orr, the European exhibits curator, was also included on that thread. “I think $15,000 is absolutely unacceptable,” she wrote in an email in response. When asked during a telephone interview about this email thread, Orr confirmed to the Guardian that the exchange was authentic, and added that she had been overruled.

Ken Garcia, spokesperson for the museums, told us: “For security reasons, we do not disclose information about the value of works in the Fine Art Museums of San Francisco’s collection. Although we can’t discuss the value of specific works in our collections, we can say that prior to expert authentication, the estimated values of art works naturally fluctuate and may be difficult to determine.”

An undated statement sent to the Guardian expressing “points of great concern amongst a broad range of professional staff” at FAMSF suggests that, while no one is prepared to come forward and say so publicly, some employees are unhappy with the way things are going at the museums. “While recognizing and appreciating the dedication and support of all the Board of Trustees, members of FAMSF staff are alarmed with recent decisions made and the current lack of clear direction of the museums,” the statement begins. It concludes with, “The general morale among staff is at a low point. Many believe that the recent personnel decisions … will make it difficult to attract the caliber of staff that is needed to move the Museums forward in the coming years.”

Garcia declined to discuss personnel issues, citing employee privacy. There’s no evidence that Dede Wilsey had anything whatsoever to do with the dismissals, the morale problems, or the financial issues. But she is the president of the board, and it’s happening on her watch.