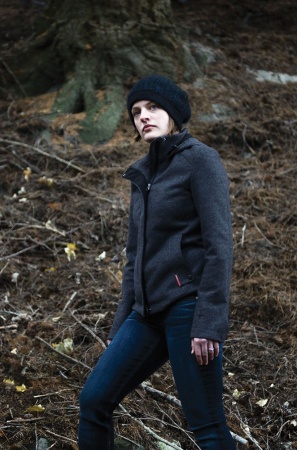 Easily the greatest screening event at this year’s Sundance Film Festival was Jane Campion’s multi-part miniseries Top of the Lake, a co-production of the Sundance Channel, BBC Two, and UKTV in Australia and New Zealand.

Though it was made for TV, this 353-minute, Twin Peaks (1990) meets Silence of the Lambs (1991) extravaganza was shown on the big screen, which gave it even more impact. Not that it needed much help: when intermission came at the end of the third episode, audience members filed out for lunch with similar (stunned, shocked, obliterated) expressions on their faces.

When the series concluded, it was clear that Top of the Lake was one of those Sundance experiences that bonds people together for the rest of their lives. (It happens. Trust.) The cast of this haunting psychological thriller is headed up by a stunning Elisabeth Moss (Mad Men); also of note are supporting turns by Holly Hunter (re-teaming with Campion 20 years after her Oscar-winning turn in 1993’s The Piano), Peter Mullan, and Michelle Ang.

Luscious New Zealand landscapes provide the backdrop for a tangled web of dark and troubling things — hence the thematic comparisons to David Lynch (there’s a bit of 1986’s Blue Velvet in there too). Campion uses her usual finesse to explore Top of the Lake‘s uncompromising subjects — though unlike her two most recent films, the underrated Bright Star (2009) and In the Cut (2003), she has the luxury of six hours to flesh them all out. (You can catch Top of the Lake on the Sundance Channel in March, but don’t read too much about it, since most reviews seem to unnecessarily spoil some major key points.)

The epic screening concluded with a nearly 75-minute Q&A complete with the full cast and crew, and we’d all probably still be in that theater if they hadn’t kicked us out. Hopefully people will stop categorizing Campion as merely a great female filmmaker and start recognizing her as one of the greatest living directors, because Top of the Lake proves just that.