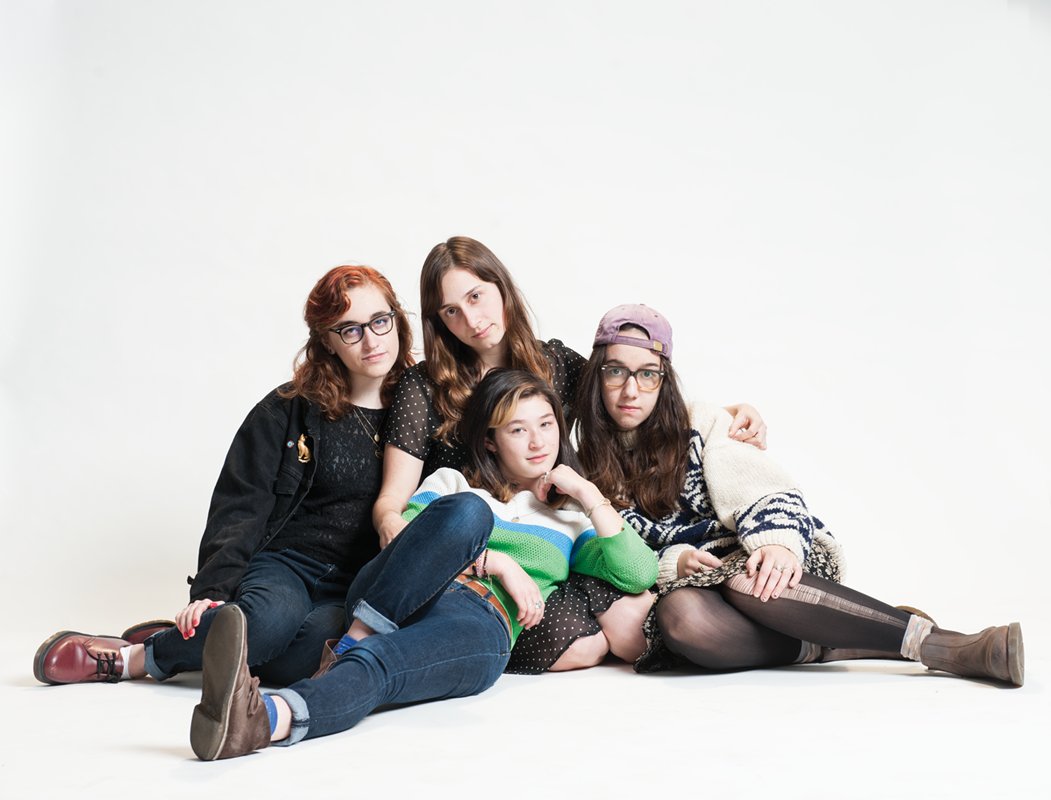 I had a seemingly innocuous query for all-teenage, all-girl sunny rock’n’roll quartet, the She’s: what’ve you got in store for 2013? The band’s answer sums up its appeal: “New EP in the works, inspired by our secrets, other people’s secrets, The Great Gatsby, heartache, etc. Musically inspired by bands…such as La Sera, Wild Nothing, Tame Impala, and Dum Dum Girls. Graduating (from high school), touring, recording, making friends.” Just perfect, right?

So far, the talented group (bassist Samantha Perez, vocalist Hannah Valente, guitarist Eva Treadway, and drummer Sinclair Riley), BFFs since kindergarten, has released one stunning, harmony-laden, Beach Boys-inspired album — Then It Starts to Feel Like Summer — recorded at Women’s Audio Mission; and it’s played endless enviable opening slots around town (for Girls, Surfer Blood, La Sera). This year marks yet another Noise Pop appearance for the precocious foursome, and the release of the aforementioned new EP. It’s starting to feel like 2013 will be the year of the She’s, or at least, the year the ladies graduate to the next level.

Description of sound: That time in the summer of ’66 when you “borrowed” your dad’s cherry red convertible and drove to Malibu with your boyfriend and your best friend and watched the surfers from the sand with a bottle of cola in your hand.

What you like most about the Bay Area music scene: The Bay Area music scene has been really accepting, which is nice considering our young age. It inspires us to put our music out there; it’s not as intimidating as a city like LA or New York because San Francisco is a place where we can really stand out as musicians.

What piece of music means a lot to you: HANNAH: Graceland by Paul Simon, because the impact the album had on the 1986 music scene inspires me. Every time I hear the song I am transported back in time on a slipstream of dreamy guitar riffs and the sweet idea of freedom sung by Simon and Ladysmith Black Mambazo.

EVA: I know it’s weirdly taboo in the music community to say that a contemporary release is really significant to you but Beach House’s Teen Dream is one of the most important albums to me. I think it’s a really genius work and it was a real game changer for me as far as approaching music as a songwriter and as a listener.

SINCLAIR: When I was little, my dad had a Best of the Beach Boys album that was the only thing he ever played when we drove in his Toyota pickup truck. Otherwise, my parents liked me to listen to classical music, so I jumped on every chance to go on errands with my dad so I could jam out. “Help me Rhonda” and “Littler Surfer Girl” were my favorites, but I knew the words to them all.

SAMANTHA: “You Don’t Wanna Call” by the Donnas. It’s the first song I learned to play on the guitar, so it brings back a lot of musical memories. Little did I know my 7-year-old self was discovering what has become the biggest passion in my life. The song was like a transition from my parents’ punk music to my love for modern local music. It’s silly, but it means a lot.

Favorite local eatery and dish: We love Shanghai Dumpling King in the Richmond. Can’t go there without getting shanghai noodles and an order of shanghai dumplings!

Who would you most like to tour with: We would really like to tour with La Sera because their music is great; we played with them recently and Katy was so sweet. We’d also like to tour with the Smith Westerns because we’re in love. Beach House would be amazing — as would Girls, and the Beatles…but [those ones are] never going to happen.