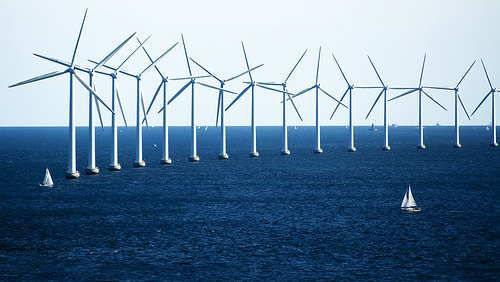 As the issue of climate change heats up again on the national stage, a local program seeking to provide San Franciscans with the option to purchase 100 percent renewable energy has come under attack by a group intertwined with California’s largest utility company.

An online petition posted to Change.org targets San Francisco’s CleanPowerSF initiative and urges petitioners to call for it to be halted. The group behind the Change.org petition and a second one posted on Facebook is the International Brotherhood of Electrical Workers (IBEW) 1245, a union representing Pacific Gas & Electric Co. employees.

PG&E annually pumps more than 2 million metric tons of CO2 into the atmosphere. The majority of its electricity is derived from nuclear and natural gas power plants. If CleanPowerSF manages to attract San Francisco customers who would prefer to power their homes with green energy, PG&E stands to lose.

Customers who decide to break with PG&E and go with CleanPowerSF can make a climate-friendly switch to juice derived totally from renewable energy sources – but things aren’t that simple. Originally envisioned as a program that would offer electricity generated by local green power sources operated by San Francisco residents, the scope of the project changed when the SFPUC decided it would be too unrealistic to achieve this goal at the outset. Instead, the power agency opted to contract with Shell Energy North America to administer the program and procure the renewable power, leaving local power generation on the back burner.

Shell’s awful environmental track record has given IBEW Local 1245, PG&E’s “people behind the power,” plenty of ammunition to take aim at CleanPowerSF. Using a Shell icon dripping with oil as the petition logo, the misleading PR campaign apparently hinges on getting casual Internet surfers to associate a green power program with an oil spill. That and a higher power bill, of course.

This statement misses two key points, according to SFPUC spokesperson Charles Sheehan. No. 1: “It’s a program that people can opt out of,” meaning anyone who feels like paying the same rates under PG&E is free to do so, and won’t face any rate increase other than that imposed by PG&E.

No. 2: “We haven’t set rates.” Sheehan went on to explain that SFPUC commissioners will set rates only after a Rate Fairness Board and other sources have submitted recommendations. The rates will then be forwarded onto the Board of Supes, who will have 30 days to decide whether to reject or allow them.

Taking a broad view, here’s a parting thought from renowned environmentalist Bill McKibben, who went to the Vermont Statehouse today to address lawmakers about climate change. “Globally, loss-related floods have more than tripled since 1980, and windstorm natural catastrophes more than doubled, with particularly heavy losses from Atlantic hurricanes. This rise cannot be explained without global warming.”