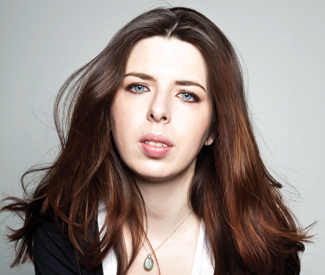 FILM Everyone’s got a little Dawn Wiener in them. Dressed in deceptively cheerful floral prints, the tweenage heroine of 1995’s Welcome to the Dollhouse trudges through the hell that is junior high, where cruel bullies lurk in the girls’ room (“Why do you hate me?” “Because you’re ugly”), the cafeteria is full of cold shoulders and catty cheerleaders, and parents and teachers just don’t understand.

“I feel like, to a certain degree, Dollhouse was ahead of its time,” actor Heather Matarazzo says in a recent phone interview, ahead of a Peaches Christ-hosted screening of the film as part of SF Sketchfest. “All credit goes to Todd in regards to that — it’s almost a timeless piece. It doesn’t matter what age you are, you can identify. The only difference between [the 90s] and now is that we have things like Facebook and Twitter that exacerbate and bring forward what has always gone on: bullying and hierarchy and looking down on others to feel better about yourself.”

She adds, “Some people have come to me and said that Dollhouse is one of the funniest movies they’ve ever seen, and that it’s a comedy — and I look at them askance. And others have said that it was exactly their experience, and it’s a heartbreaking film. So I really think that it depends on your perception of what your experience was like in junior high and high school.”

Dollhouse was Matarazzo’s first feature film. Despite the fact that her character is tormented from start to finish, she has only positive memories of working on it.

“I remember it with nothing but fondness and love,” she says. “Working with Todd was such a treat. He’s so gentle and such an unassuming figure on set, and is really such an actor’s director. He trusted me enough to just go, and do what needed to be done, and do my job. And if he wanted anything changed or different, of course I complied. But it really was an intuitive role for me.”

Now 30, Matarazzo has had a varied career between TV and films. Suprisingly, she says that Welcome to the Dollhouse isn’t the single film she’s most known for.

When choosing parts, she says, “It really always come down to, is it something that’s challenging? Who’s working on the piece? Is it a story that speaks to me? Is it something that scares me, that inspires me? All of these questions go through my head. I don’t care what kind of story it is as long as it’s something that I’m excited to show up to work every day and participate in.”

Surprisingly, the Feb. 8 event — a screening, on-screen conversation between Matarazzo and Peaches Christ, a Dawn Wiener costume contest, a musical re-creation of Dollhouse‘s garage-band jams, and more — will be a relatively new experience for the erstwhile Ms. Wiener.

“It’s the first time I’ve done any kind of screening for Dollhouse, except for when it first came out and something that Lincoln Center did about six years ago,” she says. “I am really excited. I’m a really big fan of Peaches. I adore her, so I’m really looking forward to getting to see her and being in San Francisco.” *

WELCOME TO THE DOLLHOUSE: THE PEACHES CHRIST EXPERIENCE