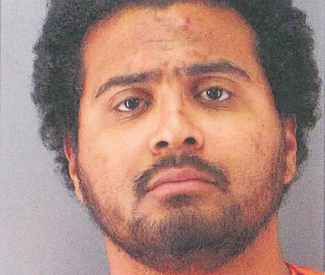 When a struggle occurs in jail, it happens behind closed doors where the only witnesses are usually on opposite sides of the law. And when a struggle between these adversaries results in death of an inmate, a lot of questions emerge, questions that can linger for years if not publicly addressed.

Three years ago, a 31-year old inmate named Issiah Downes died in a San Francisco jail cell following a confrontation with deputies. After a yearlong investigation, San Francisco Chief Medical Examiner Amy Hart determined the death was a homicide. Weeks later, Downes’ mother Esther filed a wrongful death suit against the city, which was ultimately settled for $350,000, a significant sum that could have been even higher if she wasn’t too ill to pursue a trial.

Yet the deputies involved remain on the job, working in the jail, with nobody ever punished for what at least one witness said was a homicide that should have had consequences for more than just city taxpayers.

According to the lawsuit, on September 7, 2009 Downes complained about the televisions in his unit being turned off. Deemed a disturbance, he was transferred to a segregated area of the jail. The transfer turned into a scuffle involving multiple deputies who forced Downes to the ground. He was then moved into a “safety cell” where another struggle broke out and he was held prone on the floor while deputies allegedly applied pressure to his back and neck. After complaining that he could not breathe, Downes lost consciousness and was soon declared dead.

The lawsuit named the deputies involved with restraining Downes as Mel Song, Juan Guitron, Edward Gutierrez, Ken Lomba, Kevin Macksound, and Dan White. No charges were pressed against anyone. What’s more, the Sheriff Department’s Communications Director Susan Fahey confirmed that all the deputies named as defendants in the civil suit are still employed by the department in the jail.

While the story has slowly faded from the headlines, one witness has been knocking on doors across San Francisco in an attempt to tell his version of events and bring some light to this man’s murky death. Dennis Damato was in jail at the time and remembers it being a quiet day as he and other inmates watched college football. “Miami played Florida State,” Damato told the Guardian. “I was on a top bunk at the end of the row.”

From his bunk, Damato saw Downes step into the hallway outside the cell and he says Downes was not resisting deputies or being confrontational. “There was no commotion. This guy wasn’t doing anything,” says Damato, who saw a deputy approach and stand beside Downes. “He (Downes) was just standing there nice and quiet and [a deputy] was standing to his left. I did not see them communicate.”

Damato says he looked away for a moment to check the score of the game and when he turned back, he saw the deputy attacking Downes, who was in handcuffs. “He was bent over, handcuffs in front of him, and the deputy had him in a choke hold,” Damato told us. “Mr. Downes was saying he can’t breathe. His eyes were bulging while being choked and brought down.”

Damato says Downes was already on the floor when more deputies arrived to assist and roughly 15 minutes passed before they dragged Downes to a secluded room. Convinced that Issiah Downes was murdered, Damato has reached out to everyone from the DA’s office to the Sheriff’s Department but he says he was shut down at every turn: “They’d say ‘it’s over with. Go home.'”

The deputies could not be reached for comment because the Sheriff’s Department didn’t make them available or release their contact information as we requested.

After Downes’ death the Medical Examiner’s Office investigated and the subsequent report confirms that Downes suffered blunt trauma to his neck (in addition to his torso and extremities), consistent with Damato’s claim that Downes was strangled.

“Were it not for the physiologic stresses imposed by the struggle and restraint, there is no reasonable medical certainty that Mr. Downes would have died at the moment he did.” Assistant ME Judy Melinek, M.D. Concluded in her report. “The manner of death, homicide, indicates that the volitional actions of others caused or contributed to this death.”

Although Chief Medical Examiner Amy Hart said her findings did not speak to any unlawful behavior on the part of the deputies, Esther Downes’ attorney, Geri Green, says, “I think it was very brave of her to call it a homicide,” noting that the finding strengthened the family’s case against the city.

That “homicide” call came after a yearlong investigation that included analyzing a prone restraint method called “figure four,” which incident reports from deputies say Downes was placed in moments before his death. In a figure four, a person lies in a prone position, hands held behind his/her back with knees bent and feet held in the air. Prone restraint is not uncommon but it is controversial as its various methods have lead to deaths.

Downes weighed more than 300 pounds and the autopsy found evidence of pressure on his neck and back. The report summarizes an interview with a trainer for the Sheriff’s Department who said the hold is often difficult to accomplish on an overweight person. Additionally, other inmates reported hearing Downes yell that he could not breathe and a jail nurse said she could hear loud moaning coming from the safety cell where Downes was restrained.

Fahey said the department looked into the matter. “The department conducts its own internal investigation but its report is not public record,” Fahey told us. The Police Department also investigated but in an email, spokesperson Albie Esparza said the results are confidential under laws protecting peace officers. “The case file was handled by SFPD, however those are not public records under section 6254(f) of the Government Code, which protects case files, even after a case has been terminated.”

Ellen Hirst, a spokesperson for then-Sheriff Mike Hennessey, told reporters at the time that the department believed all procedures were executed properly. The department’s official “Safety Cell Use” policies, which we reviewed, state “A prisoner may remain restrained, with handcuffs, waist chains, and/or leg irons as necessary, while in the safety cell to prevent self-inflicted injury” for no more than one hour. Yet the department’s “Use of Force” policies state, “Choking and the use of carotid restraint are not allowed by the SFSD.”

The ME concluded the cause of death to be probable respiratory arrest during prone restraint with morbid obesity. That conclusion, along with the report’s other findings, lead Esther Downes’ to charge in her lawsuit that the deputies used excessive force and illegal and unconstitutional restraint procedures on her son and “in an effort to conceal the homicide, conspired to cover up the cause and manner of death.”

Attorney Ben Nissenbaum is an associate with the renowned John Burris Law firm in Oakland, which has done extensive work on civil rights and police brutality including the Rodney King case. He says the need to further subdue an inmate in a segregated area of the jail is suspicious.

“Why would you restrain a person in a safety cell?” says Nissenbaum. “They’re already restrained. All you have to do is close the door.”

He also noted that safety cells — unlike the rest of a jail facility — are not equipped with surveillance cameras. “There are no cameras or video inside the safety cells and that is common knowledge among deputies,” Nissenbaum told us.

Although the Sheriff Department’s investigation report is not public record, it doesn’t appear that it found any criminal conduct. San Francisco District Attorney’s Office spokesperson Stephanie Ong Stillman told us, “We would have to be presented with something showing criminal conduct before we prosecute anyone…When someone dies in jail, it’s a Sheriff’s investigation.”

Over at City Hall, the City Attorney’s Office — which deals with civil suits against the City — wasn’t exactly eager to pursue the matter. “We have to consider the cost for the city of taking the case to trial,” says City Attorney spokesperson Matt Dorsey, adding that a trial is often not in the city’s best interest.

The case didn’t go to trial and was officially closed on May 18, 2011, two months after San Francisco settled with Esther Downes for $350,000. She died last June near her home in Hawaii and her surviving relatives declined comment on the lawsuit or Issiah Downes.

Like many of those who find their way into the judicial system, Downes had personal problems. He was morbidly obese, suffered from schizophrenia, received counseling for suicide (at one point he tried to gouge one of his eyes, leaving him partially blind), and had previous convictions for involuntary manslaughter, robbery, assault with a deadly weapon, and battery of a police officer. Yet he was paying his debts to society and getting help. He was a member of what public officials like to call “society’s most vulnerable”, which might turn out to be a great understatement if his mother’s conspiracy charge and Dennis Damato’s story are true.