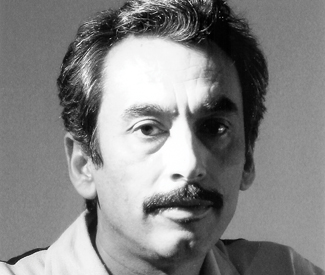 San Francisco is a literate community, always has been. Bookstores abound, perhaps not as much as bars, but that’s fish for another soup. The literary scene is uber-vibrant, as highlighted by the recent Litquake Festival with more than 800 writers reading in hundreds of venues.

But looked at from another perspective, the most recent study on adult literacy reveals startling numbers: Nationwide one in seven adults is illiterate, about 14 percent of the adult population. The same study cited San Francisco with an adult illiteracy rate of 18 percent, or nearly one in five adults (National Assessment of Adult Literacy, 2003).

One out of five adults in San Francisco is illiterate and we have 11 supervisors—it’s scary, right? If I think too much about this it keeps me up at night.

So I am proposing that our elected officials, especially our supervisors, post their reading lists on their websites, for the electorate to view, perhaps to even offer comments or questions.

Nothing reveals more about the human heart—who you are, your world view, your interests—than what you’re reading. Where do they get the recipes for all the laws they cook up? Do they read newspapers—I mean community newspapers? Poetry? Fiction? Non-fiction? Adrian Rich? Isabel Allende? Machiavelli? I would like to see the list of their dictionaries, and I hope to see lots of bilingual ones—like Spanish-English, Cantonese-English, Tagalog-Spanish-English, Russian-English. Caló. Me entiendes, Méndez? Or is it English-only dictionaries?

In the best of worlds we would find on their reading lists poetry, novels, history, art, philosophy.

One way out of this morass of violence brought to us in burning color by the powers that be…might just be a poem. Something created by another human being, easy to hold in one hand, or folded in the pocket—sometimes the gift of peace is as simple as that.

It’s not just about books, but writing and stories that speaks to us, our sense of who we are, who we have been—and, if there’s any time left on this planet, where we might be going.

One of the biggest problems in our society right now is that too many politicos run around downplaying reading and writing—proud of the fact they’ve never read a book, don’t know cacahuates about poetry or literature, much less art or music, and could care less. But we live in one of the great literary cities, rich with song and poetry going way back before any Euro cats showed up trapping beavers or digging for gold. So to ignore this heritage would be foolish for any politician. After all—as the wise poet once said, “Poetry is the best word in the best place.”

If we are truly a literate city—the City of Poets — then it must be all of us, from four-year-olds to 100-year-olds. We must all be good readers: From the Rammaytush songs still drifting in the fog that sweeps over Twin Peaks, to Maria Amparo Ruíz de Burton to Oscar Zeta Acosta, the Brown Buffalo, to Roberto Frost. Or any of the past poet laureates will do just fine, Ferlinghetti, Mirikitani, major, Hirschman, di Prima, a virtual all-star lists of voices, styles, visions.

As part of a literacy campaign aimed at city officials and our elected leaders, two poets Virginia Barrett and Bobby Coleman, have put together an anthology Occupy SF: poems from the movement that includes more than 100 poets, from Lawrence Ferlinghetti, devorah major and Jack Hirschman to many emerging poets. The two editors have launched a campaign to place this anthology in the hands of every city bureaucrat and elected official. They are operating as a nonprofit, and all proceeds go to benefit the evolving Occupy movement. The anthology is published by Jambu Press/Studio Saraswati, which can be contacted via email: saraswati.sf@gmail.com or snail mail at PO Box 720050, SF 94172.

And please, political leaders — no excuses about how busy you are. If that’s the case maybe you should retire so you can take some time to read.

All the ingredients can be found

At your local bookstore

Take the honey from many languages

The poetic juice from many cultures

The crying songs of many lands

The spices of diverse foods

The love a parent has for a child

The love a child has for the wind

Include an image of bound feet

Plus the history of war crimes

Seasoned with the salt of exile

The lovers’ caress before sex