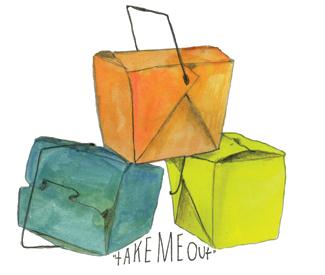 46TH ANNIVERSARY SPECIAL Today it’s mostly about the rents. People come to my tiny apartment, a shoebox I share with three cats and a genius, and they wonder two things at the same time—what the mad Romantic poet Holderlin called the condition of “pallaksch,” an occurrence that presses your yes and no buttons simultaneously. I can see my visitors wondering, you’re only an avant-garde writer at the bottom of the heap, how can you afford to live in San Francisco? And another part of them is answering their own questions by guessing, it must be rent control.

We moved into our place in 1990. Minna Street was then the foulest street I’d ever lived on, but because of the recent earthquake of 1989 the rents were dirt cheap and you just couldn’t say no. From what I understand, the building shook so much during the quake that if you didn’t live on the ground floor, you got the hell out. And the bottom feeders, like ourselves, moved in. I said, “Lightning’s not gonna strike twice,” and so far the building hasn’t crumbled. We came to love our little alley, the neighbors, the quiet, even the drug dealers. It was the bohemian quandary: if a neighborhood improves, does gentrification automatically follow?

I write this in the mourning attendant to the September 29th death, in New York, of radical geographer Neil Smith, the Scots-born teacher and theorist whose work on uneven development has helped us identify these patterns more clearly. Walking down the streets of a big city, or even passing through my shoebox (for he taught us that the same patterns that shape a city are shaping our interiors too), it’s impossible not to think of the man. “Capital,” he wrote, “is continually invested in the built environment in order to produce surplus value and expand the basis of capital itself. But equally, capital is continually withdrawn from the built environment so that it can move elsewhere and take advantage of higher profit rates.” That’s the uneven part of the theory of uneven development. We always wondered why there was so much crack and prostitution on Minna Street, a stones throw from City Hall, from the Opera House, from the other landmarks of capital. But Smith knew. How does rent control even survive in a totalizing city like San Francisco? It has to for capital to flourish, to breed, to flex its muscles.

The legends of the uneven are rampant. When I interviewed the poets and artists who flocked to San Francisco after WWII for my book on the life of Jack Spicer, men and women 85 today if still they live, they would invariably mention moving into a room in North Beach that was 19 dollars a month, a four-bedroom flat in the Fillmore for sixty a month. When the evidence of inflation is pressed up to one’s face like a rag dowsed in chloroform, we younger people inhale sharply. And we’re the same way, we who moved here later on, in the 60s, 70s, even the 80s, when rents were 200, 300, 500 dollars. It wasn’t like we could afford our apartments even then. But at least there would be another worse one we could repair to when “times got tough.” And now, instead, there are fields further away, from which capital has been temporarily withdrawn. Oakland we hear. Last month we counted and realized that only three poets under the age of forty remain in San Francisco. And in each case it’s an exception—a quirk in the system—perhaps the wrinkle that determines the system’s face? The face that says yes to us and no to us with the same grinning wet mouth.

Kevin Killian’s new novel is called Spreadeagle (from Publication Studio). His next book is Tagged, a collection of his intimate color photos of poets, artists, filmmakers, musicians naked, or the next thing to it, edited by Darin Klein. (A show of this work opens at White Columns in New York on October 27th). On November 8, SFMOMA and San Francisco Poets Theater present a revival of Killian’s 1995 play WET PAINT, in conjunction with the Jay DeFeo retrospective (Nov 3 — February 3, 2013) organized jointly by SFMOMA and New York’s Whitney Museum.