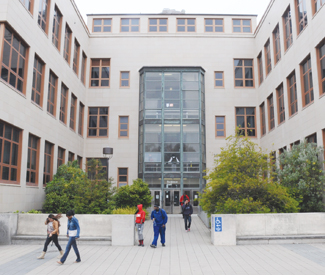 When Mayor Ed Lee appointed engineer and pro-development activist Rodrigo Santos to fill a vacant seat on the City College of San Francisco Board of Trustees, both men talked about the urgent need to save this troubled but vitally important institution.

“Our economic future is directly tied to the success of City College,” Lee said at a press conference, touting the school’s critical job-training role.

But when you cut through all the politics and hyperbole, the school’s biggest single problem is a lack of money — and the mayor and his new trustee aren’t doing much to help.

Neither Lee nor Santos have yet endorsed or publicly supported Proposition A, the $79-per-parcel tax that would stave off deep cuts to a district whose accreditation has been threatened over its anemic cash reserves and reluctance to scale back its course offerings (see “City College fights back,” July 17).

Nor have they appealed for support from their deep-pocketed allies in the business community, which City College supporters say should be doing more to support the district.

And while some say Lee is finally getting ready to endorse Prop. A, he’s done nothing to help the campaign.

“It’s a shame because [the mayor] has pledged to support City College,” John Rizzo, president of the Board of Trustees and a supervisorial candidate from District 5.

Lee also refused a request the trustees made last year to ease the more than $2.5 million in rent and fees that the district pays annually to the city. That’s a stark contrast to the city’s generous support of the San Francisco Unified School District, which gets an annual subsidy from the city of around $25 million, thanks to a ballot measure pushed by city officials of various ideological stripes.

“K-12 is important, but when we try to get help from the city, it falls on deaf ears and I don’t know why. Maybe little kids are cuter,” Rizzo told us.

Sup. Eric Mar said that dichotomy is a real problem, particularly given City College’s current challenges and the important role it plays in providing low-cost training to local workers. Mar has called for a hearing this month before the Joint City and School District Select Committee, which oversees SFUSD’s relationship with the city.

Asked about Lee’s unwillingness to help with City College’s fiscal situation, mayoral Press Secretary Christine Falvey said Lee has offered logistical support from city officials to help City College overcome the threats to its accreditation and has been carefully monitoring the situation, but she didn’t directly address why he has withheld financial support or endorsed Prop. A.

“The mayor has not taken a position on the parcel tax and is focusing his efforts on supporting the college’s need for serious fiscal and management changes and protecting its accreditation,” she told us by email Sept. 7. “The mayor knows it is more important than ever that the City support City College to make sure they get back on their feet for the sake of current and future City College students and for all San Francisco residents.”

Other Prop. A supporters agree.

“The mayor needs to step up and support this,” Trustee Chris Jackson told the Guardian, arguing that most of the district’s problems stem from steadily declining financial support from the state. “We have a revenue problem.”

“It is the workforce training vehicle for the city,” said Rafael Mandelman, a candidate for trustee who has been actively supporting Prop. A. “Maybe now is the time when the city shouldn’t say no to that.”

Other Prop. A supporters say they are hopeful that Lee may still come around. Alisa Messer, president of American Federation of Teachers Local 2121, which represents City College faculty, told us, “The mayor says he supports City College and we’re hoping he will support the measure soon.”

Gabriel Haaland, who has been working on the measure for SEIU Local 1021, also told us as we were going to press on Sept. 10, that Lee seems to be coming around: “From what I understand, the mayor is about to endorse it.”

When Lee appointed Santos — who has raised an unprecedented amount of money for his race, $113,153 as for July 1, mostly from the real estate and development interests he represents as president of Coalition for Responsible Growth — some argued that it would bring needed financial support for the district and the Prop. A campaign.

“He is expected to bring his allies in these fields into the fight to save City College, which faces a critical 2/3 vote on a parcel tax this November,” Tenderloin Housing Clinic Director Randy Shaw wrote on his Beyond Chron blog on Aug. 22, a day after telling the Guardian how the parcel tax was essential to City College’s future and Santos was uniquely positioned to support it.

But Santos, whose campaign didn’t return Guardian calls on the issue, hasn’t appeared at any Yes on A campaign events or offered any discernible support for the measure, whose supporters had only raised a little over $20,000 as of July 1. While there is little organized opposition to Prop. A, the fact that it needs approval by two-thirds of voters is a challenge that requires strong support.

Rizzo said Shaw’s argument doesn’t hold up. “It’s a nice theory,” he said, “but I haven’t seen evidence of that, and I haven’t seen Rodrigo at any Prop. A events.”

Santos hadn’t been involved with City College or educational issues before deciding to run for trustee, and he’s widely perceived as an ambitious politico setting himself up to run for the Board of Supervisors. At his press conference, Santos pledged to aggressively fight for City College.

“I join an institution that must be saved, and I’m absolutely committed to that goal,” Santos said.

Lee assembled a variety of representatives from “the city family” at his press conference, including trustees Natalie Berg and Anita Grier, Interim Chancellor Pamila Fisher, representatives from the Controller’s Office, Board of Education, Department of Children Youth and their Families, and the Mayor’s Budget Office.

“They, after all, need our help, need our support and they will not be able to accomplish it all by themselves,” said Lee, who pointedly didn’t say anything about the parcel tax at the event, even though he sang the praises of the district. “It empowers those economic sectors that we consider most valuable to our future, especially in the area of health care, hospitality, biotech, and now technology in general. We have become dependent on City College for their ability to prepare future workforces.”

Lee also sounded a tough love theme, saying “any improvement means a change from the status quo” and praising Santos as “someone who shares my vision of reform and will support the tough decisions ahead.”

Indeed, the board members face a number of tough decisions in the coming weeks, from whether to abdicate some of their authority to a special trustee empowered to make unilateral decisions about what programs to cut or campuses to close. The college is responding to a threat from the Accrediting Commission for Community and Junior Colleges to live within its means or lose its accreditation.

Santos didn’t mention Prop. A during the press conference that followed his swearing in, instead offering vague platitudes and promises that he’s willing to work hard and make tough decisions, while also making some puzzling statements about the district’s current situation.

“We must support the interim chancellor, Pamila Fisher,” he said. “Our primary duty is to ensure she enjoys the support and tools needed to implement difficult reforms. At the same time, we will hold her accountable, we will help her, we will challenge her.”

He appeared unaware that Fisher’s tenure ends in just a few weeks, well before any reforms could possibly be approved or implemented.

Some Prop. A supporters are hoping Santos will also challenge his allies in the business community to open their wallets and support both Prop. A and ongoing operations at City College.

“It would be great for the businesses to step up in a big way because they are really benefiting from our workforce training programs,” Messer said. “It’s clear to me the business community understands how important City College is to this city.”

Now, City College’s biggest supporters say it’s time for the city and the business community to put their money where their mouths are.

“City College certainly gives back to the people of San Francisco,” Rizzo said, “and it’s time for the city to give back to City College.”