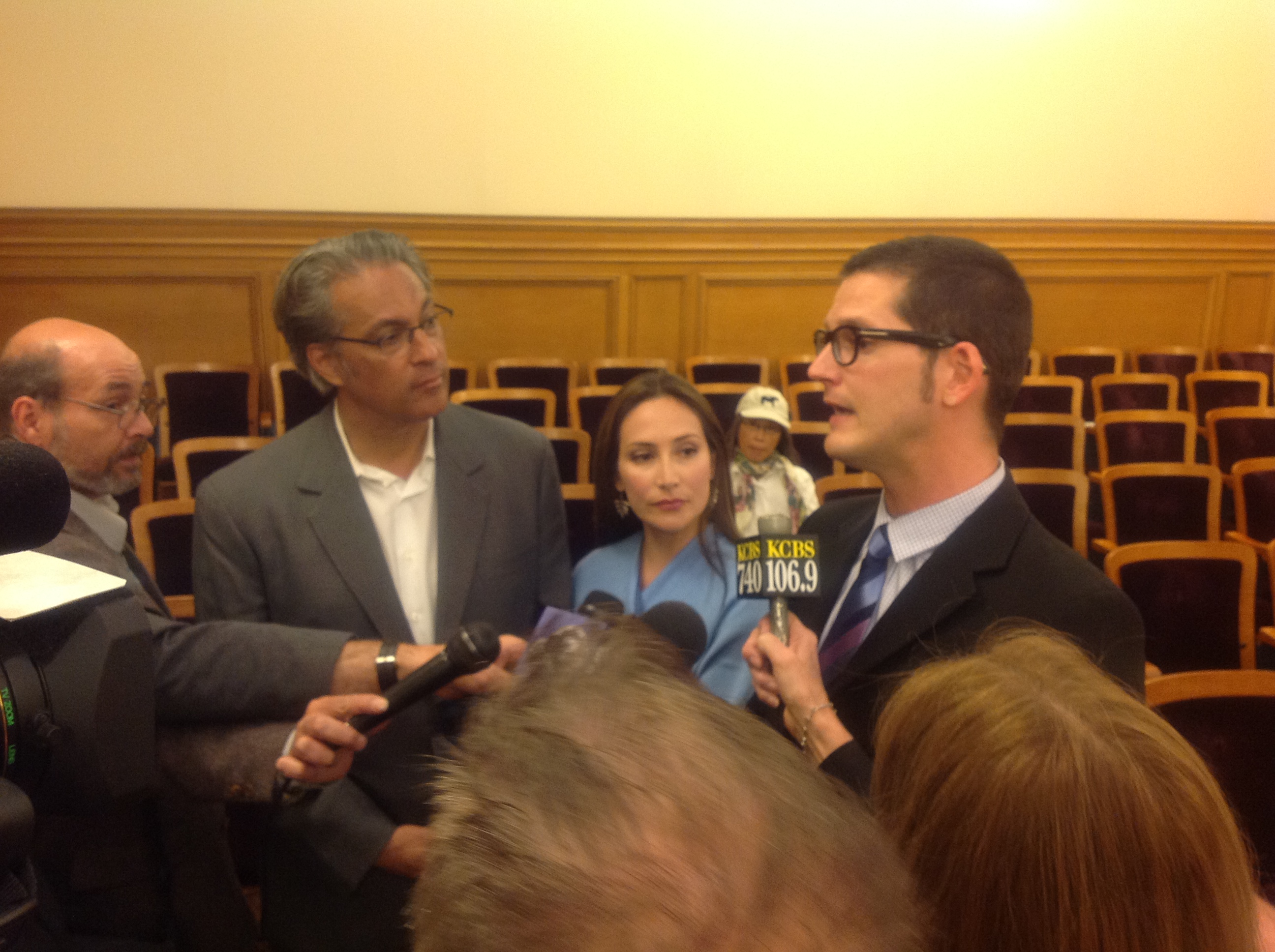 The Ethics Commission wrapped up nearly six months worth of proceedings on the official misconduct charges against suspended Sheriff Ross Mirkarimi today, finalizing its findings of fact and choosing Chair Benedict Hur to make its presentation to the Board of Supervisors even though he was the sole dissenting vote against removing Mirkarimi from office.

After making the key decisions during a marathon meeting on Aug. 16, today’s hearing was mostly about mopping up, and it was the most sparsely attended of the hearings so far. But there were still a couple of tough issues to hash out, and the commissioners who voted against Mirkarimi tried to strengthen their case at the last minute.
The City Charter mandates removal of an official if at least nine supervisors find he committed official misconduct. The commission had earlier discussed how they viewed that finding and the punishment as separate issues, but decided against recommending a punishment after discussing that charter language.
Commissioner Beverly Hayon today sought to remove any doubt about where she stood, adding a personal statement into the record that she thought the sustained charges — its 4-1 finding that Mirkarimi’s grabbed his wife’s arm during a Dec. 31 argument and subsequently pleaded guilty to false imprisonment — warranted Mirkarimi’s removal.
In a sign that the commissioners are paying attention to the political climate that has formed up around their deliberations, she made a reference to a discussion and vote last month by the Commission on the Status of Women and sought to clarify any “confusion” about where she stood.
Commissioner Paul Renne also sought to sharpen the findings of fact by adding language indicating the commission found the testimony of Mirkarimi and his wife, Eliana Lopez, to be a less credible and compelling description of what happened on Dec. 31 than the tearful 45-second video that neighbor Ivory Madison helped her make days after the incident displaying the bruise on her arm and saying she wanted to document the incident in case they divorced and there was a custody battle over their three-year-old son.
That language was inserted in the document without objection, a decision that drew a sharp rebuke from Lopez’s attorney, Paula Canny, during the public comment portion of the hearing. “My client wants you to know that you’re flat out wrong,” Canny said, criticizing the commission’s hostile treatment of both Lopez and Linnette Peralta-Haynes, Lopez’s confidante on the day Madison unexpectedly called the police.
“It has to be Eliana is not credible to justify your finding,” Canny said, accusing commissioners of selecting facts to fit impressions they formed when watching the emotional video. “The only reason Eliana made that video is to be used in a custody dispute.”
Mirkarimi attorney David Waggoner tried unsuccessfully to make changes to a commission summary document that he called “very one-sided,” including trying to add language indicating that the commission had unanimously rejected most of the charges that Mayor Ed Lee brought against Mirkarimi, such as witness dissuasion, abuse of power, and interfering with a police investigation.
Waggoner also objected to Hur’s suggestion that attorney Scott Emblidge, who is doing pro bono legal work on the proceedings for both the commission and the Board of Supervisors, calling it a conflict of interest given that the commission’s role is akin to that of prosecutor. And on that point, he found support from Renne, who was unaware that Emblidge will also be advising the supervisors, a dual role he found troubling. “I’m a little surprised and I don’t know why the board doesn’t have independent counsel,” Renne said.
Emblidge promised a “dry recitation” of the commission’s findings, but Waggoner recommended the commission’s executive director, John St Croix, when pressed by Hur for an alternative, a choice Hur rejected because St. Croix hasn’t been present at all the hearings. Finally, Renne suggested that Hur do the presentation, saying that he has been fair and represented all arguments well during the proceedings so far, something that Hayon and Commissioner Dorothy Liu enthusiastically agreed with.
It was an unconventional decision given that Hur made strong arguments on Aug. 16 about the troubling precedent that he thinks the commission’s decision represents, saying it gives the mayor too much power and opens the door to political manipulation if the official misconduct provisions are construed so broadly.
But he accepted the duty, telling the commissioners: “I’m willing to do it. It is awkward given that I was in the dissenting view, but I’ll do my best.”The case is expected to be sent to the board by Sept. 18 and it will have 30 days to act, meaning the decision will be just a few weeks before an election in which five supervisors are running to keep their jobs.Mirkarimi’s team has sought to delay the transfer of the case until after the election, noting many political interest groups and supervisorial candidates have been publicly putting pressure on the supervisors to remove Mirkarimi.