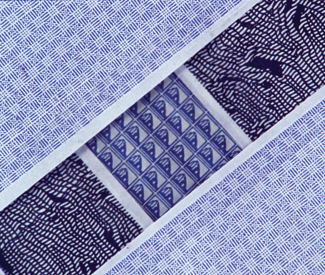 FALL ARTS The Castro Theatre (www.castrotheatre.com) just celebrated its 90th birthday and shows no signs of slowing down with an action-packed calendar. Look for a “QT vs. PT” run, double-featuring the films of Mr. Tarantino and Mr. Anderson (both of whom have new movies on the horizon — see below!); a tribute to the late Ernest Borgnine; and a “Back to School” series with 1985’s The Breakfast Club and at least one Triple Lindy. Plus, some groovy Midnites for Maniacs (www.midnitesformaniacs.com) shows, including a Candyman (1992) screening as part of a “Fuck Urban Sprawl!” triple-header.

The Christopher B. Smith Rafael Film Center (www.cafilm.org) hosts the 35th Mill Valley Film Festival (Oct. 4-14; www.mvff.com), as well as the US premiere of Mark Lewis’ Cane Toads: The Conquest 3D, which is huge news to fans of the Australian director’s 1988 cult doc, Cane Toads: An Unnatural History.

Outdoor screening series Film Night in the Park (www.filmnight.org) rolls into autumn with events around the bay, including a Sept. 29 screening of Midnight in Paris, an Oscar winner for current San Francisco Twitpic obsession Woody Allen, in North Beach’s Washington Square Park.

At every Other Cinema (www.othercinema.com) screening at Artists’ Television Access (www.atasite.org) this fall (Saturdays, Sept. 15-Dec. 22), there will be at least one 16mm component — plus, OC guru Craig Baldwin says, “We will be giving out free VHS tapes and vinyl!” Other radness: the local premiere of retro-experimental alchemist Damon Packard’s latest, Foxfur, and programs on outer space, spies, “psycho-geography,” and freaky religions.

The Pacific Film Archive (bampfa.berkeley.edu) is well-stocked with catnip for cinephiles: “Life is Short: Nikkatsu Studios at 100” (a nice counterpart to the PFA’s recent celebration of Universal Studios’ 100th birthday), including three by Seijun Suzuki; “L.A. Rebellion: Creating a New Black Cinema,” with a new print of Julie Dash’s Daughters of the Dust (1991) and the late Jamaa Fanaka’s Emma Mae (1976); “Rebel Without Applause: The Films of Alex Cox,” with Cox and critic J. Hoberman in person (Oct. 6); and film-school-in-a-screening-series programs on French classics and American Cold War cinema.

In addition to hosting “Not Necessarily Noir 3” (Oct. 19-31; “the emphasis is on post-’60s crime films with a smattering of horror,” says curator Elliot Lavine), the Roxie (www.roxie.com) unfurls documentaries about the Circle Jerks and artist Wayne White (of Pee-Wee’s Playhouse fame); the always-popular DocFest (Nov. 9-11; www.sfindie.com); and polarizing Sundance Film Festival sensation The Comedy.

Though it’s no longer permanently in residence there, the San Francisco Film Society (www.sffs.org) will continue to screen at New People, as well as at other venues. Upcoming events focus on cinema from Hong Kong, Taiwan, France, Italy, and the Bay Area. Plus, an artist-in-resident stint by Anna Boden (co-director of 2006’s Half Nelson) and an editing master class with frequent Spike Lee collaborator Sam Pollard.

Cult-movie paradisio the Vortex Room (Facebook: the Vortex Room) wins again with “Don’t Fear the Vortex,” an every-Thursday-in-October series panning such gold as 1982’s Alone in the Dark, about the escapades of insane-asylum escapees (including Jack Palance and Martin Landau), and the ultimate creepy-peeper flick, 1974 TV movie Bad Ronald.