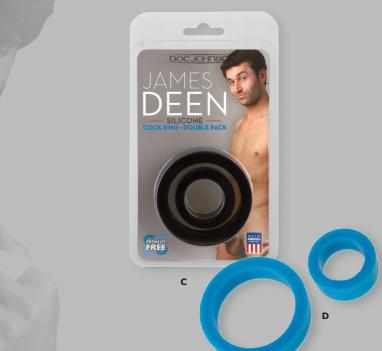 Anyone remotely familiar with the Deen canon knows about the Deenagers, the actor’s legions of underage fans who fill Tumblr with odes to his dick and smile. These superfans were immortalized in epic fashion by an ABC Nightline segment which host Terry Moran introduced with this warning of corruption and apocalypse: “For any parent concerned about what their teen does online, the huge popularity of the young man you are about to meet may be deeply disturbing.”

“But I thought pandas were supposed to be nice!” Orion pants, surrounded by hazy pink lighting, artfully-placed bamboo shoots, and silent pandas who mostly remove their furry paws by the end of the scene because their fluffy baseball mitts turned out to be prohibitive to the nitty-gritty of sex acts.

Not all of Kink’s regulars, and especially not the Bound Gang Bang enthusiasts found PANDAMONIUM!!! to their liking. User comments expressed their concern that Orion wasn’t even bound. Given the limited mobility of the men in the panda suits, she had to be mobile for copulation to even be possible. “I spent a lot of time holding fur out of the shot so we could see the penetration on camera,” said Princess Donna in an email interview.

But Deen says he did the panda gang bang — just like every other project he takes — less because of the viewers, or for the chance to express himself creatively, as much as the kicks. “Princess Donna said she had this idea, I said that’s amazing. While it was going on, I just wanted it to end. There was hair everywhere. But the second it was done and we were all hanging out after I was like, I wanna do it again.”

“It’s completely standard,” he says in our phone interview. “For pretty much every freelance talent, you go where the call takes you.” Sure, there are a few sex acts that Deen will not perform. These include sex with a person who is not into it, sex with clowns, and sex with men. He apologies to me for this last stipulation. “I’m a lame old straight boy.”

And the fact that Deenagers now refer to him affectionately as Baby Panda? (At ‘5″8, Deen made a shorter bear than his suited Kink peers on the shoot.) No dissonance there, says Deen, who hawked T-shirts emblazoned with the nickname on his website. There was no coordinated attempt to wind up alongside Justin Beiber and Robert Pattinson on dorm room walls, he says. “I’m not Joe Camel. I’m just going out and doing my job.”

Deen has minimal support staff besides his publicist. During our interview, I express my disbelief that a person that has sex for a living wouldn’t be worried about getting exploited without someone to review contracts, approve press requests. Deen shrugs it off. “There’s no reason to battle over everything, just be nice. You catch more bees with ants — honey, vinegar, whatever it is.”

And now, Hollywood is knocking, seemingly uncourted by Deen himself. Ellis bagged him for The Canyons role by tweeting that he was interested in Deen for his low-budget, Kickstarter-funded film. (That momentous tweet mentioned the actor would have “to act and be full-frontal naked banging girls and guys realistically.” Will Deen’s comfort zones shift for fame?)

The two had dinner to talk about the writer’s vision for the tale of disaffected 20-somethings moping around drop-dead beautiful LA locations. Ellis, Deen relates to me, has a somewhat cynical view of modern-day celebrity. “People like Charlie Sheen, his acting didn’t make him famous,” Deen explains. “It was because he was Charlie Sheen.” As actor with next-to-no inhibitions and a famously goofy tell-all blog, Deen was perfect material for Ellis’ experiment in equating stardom with sheer exposure.

And sure enough, Deen is now getting a taste of what’s it’s like to live life à la Sheen — or put more aptly, à la Lohan. All it took was for the two to duck out of a restaurant for a smoke break and paparazzi blew up the Interwebs with rumors they were sleeping together.

This kind of thing seems besides the point for someone like Deen, who it would appear rarely sleeps with someone without posting a picture of their distended orifice on his blog. If the LiLo rumors had been true, he wrote on his site, “I think I would tell everybody.” And search engine optimize it with a shot of her boobs, one wants to add.

“I’m not surprised, because he’s that type of guy,” says a post-panda Orion when I contact her about Deen’s recent rise in profile. “He’s very charismatic and he has a look that’s definitely commercial, so I’m not surprised that he would get into Hollywood, you know what I’m saying.”

Where will it all lead? I ask him about his career goals to round out our chat. “I want to keep myself in a constant state of smiles,” he says. “I like to smile. I am currently smiling.”