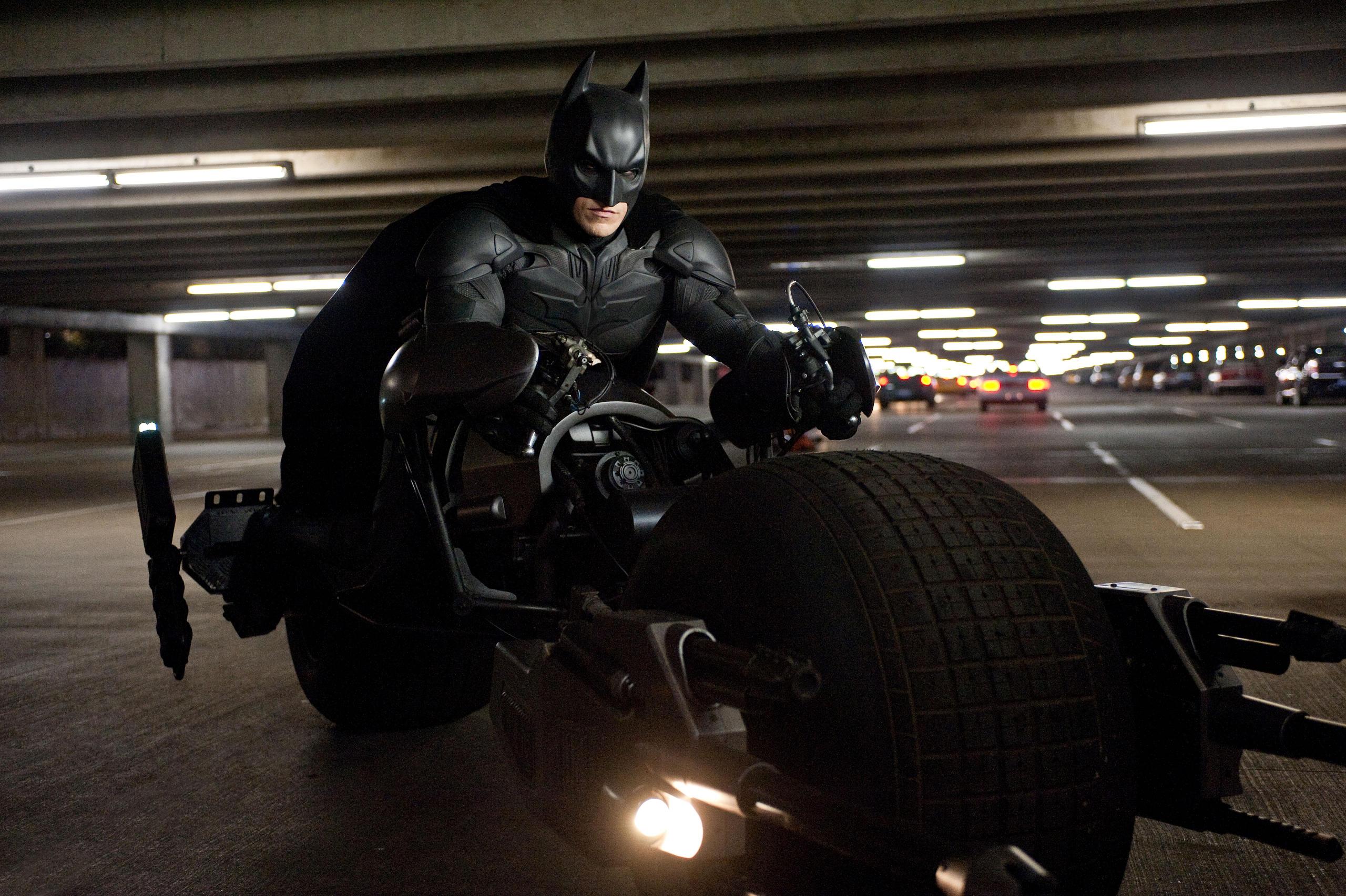 But THERE IS MORE TO LIFE THAN THE LATEST BATMAN MOVIE, PEOPLE! (Especially when this entry ain’t even the best in the series. See my review below. And to those who would jump all over a critic for being a critic … why so serious?)

And the Lumiere is screening a digitally-remastered Monty Python and the Holy Grail (1975), complete with all the lines you love to quote and featuring a new 12-minute short, Terry Gilliam’s Lost Animations.

Oh yeah, and this…

The Dark Knight Rises Early reviews that called out The Dark Knight Rises’ flaws were greeted with the kind of vicious rage that only anonymous internet commentators can dish out. And maybe this is yet another critic-proof movie, albeit not one based on a best-selling YA book series. Of course, it is based on a comic book, though Christopher Nolan’s sophisticated filmmaking and Christian Bale’s tortured lead performance tend to make that easy to forget. In this third and “final” installment in Nolan’s trilogy, Bruce Wayne has gone into seclusion, skulking around his mansion and bemoaning his broken body and shattered reputation. He’s lured back into the Batcave after a series of unfortunate events, during which The Dark Knight Rises takes some jabs at contemporary class warfare (with problematic mixed results), introduces a villain with pecs of steel and an at-times distractingly muffled voice (Tom Hardy), and unveils a potentially dangerous device that produces sustainable energy (paging Tony Stark). Make no mistake: this is an exciting, appropriately moody conclusion to a superior superhero series, with some nice turns by supporting players Gary Oldman and Joseph Gordon-Levitt. But in trying to cram in so many characters and plot threads and themes (so many prisons in this thing, literal and figural), The Dark Knight Rises is ultimately done in by its sprawl. Without a focal point — like Heath Ledger’s menacing, iconic Joker in 2008’s The Dark Knight — the stakes aren’t as high, and the end result feels more like a superior summer blockbuster than one for the ages. (2:44) (Cheryl Eddy)

Romantics Anonymous An awkward, bumbling Parisian chocolatier named Jean-Rene (Benoît Poelvoorde) falls for his gorgeous, equally awkward sales rep, Angélique (Isabelle Carré), while never missing an opportunity to say the wrong thing, surrender to shyness, or panic under pressure. It’s crucial for films involving such protracted awkwardness to give the audience something to cling to emotionally, but instead we’re handed a limp, formulaic story, sorely underdeveloped characters, and lazy writing in which the protagonists act uncharacteristically stupid/gullible/oblivious for the sake of plot-expedience. Amélie (2001) mined similar thematic territory, but its success lay in the depth of its characters; Romantics Anonymous is about little more than the idea of two hopeless romantics, and that’s simply not enough to hold interest. It’s beautifully scored, lovingly shot, and steeped in vintage French atmosphere — but that doesn’t compensate for sketchy characterization and weak, predictable storytelling. (1:20) Roxie. (Taylor Kaplan)

30 Beats A sweltering summer day or two in the city ushers in a series of youthful good-lookers, unencumbered and less than dressed, together in kind of NYC-based mini-La Ronde that I’m surprised Woody Allen hasn’t yet attempted. Fresh young thing Julie (Condola Rashad) is off to pop her cherry with lady’s man Adam (Justin Kirk of Weeds), who’s more accustomed to chasing than being chased. Unsettled, he consults with sorceress Erika (Jennifer Tilly), who plies him with sexual magic and then finds herself chasing down her booty-call bud, bike messenger Diego (Jason Day), who’s besotted with the physically and emotionally scarred Laura (Paz de la Huerta). What goes around comes around in director-writer Alexis Lloyd’s debut feature, but alas, not till it’s contorted and triangulated itself in at least one ridiculously solemn BDSM scene. Matters get trickier when romance begins to creep into these urban one-offs. Nonetheless, those with short attention spans who like their people-watching with a healthy splash of big-city hookups, might find this adult indie as refreshing as a romp with a beautiful stranger they’ve briefly locked eyes with. (1:28) (Kimberly Chun)

Trishna Ever difficult to pin down, director Michael Winterbottom continues his restless flipping between the light (2010’s The Trip), artily experimental (2004’s 9 Songs), pulpy (2010’s The Killer Inside Me), and the dead serious (2007’s A Mighty Heart). Trishna, loosely based on Thomas Hardy’s Tess of the d’Urbervilles and set in small-town and big-city modern-day India, lines up neatly on the bookshelf alongside Winterbottom’s other Hardy bodice-ripper, 1996’s Jude. By chance beautiful village girl Trishna (Freida Pinto) falls in with the handsome, thoroughly Westernized Jay (Riz Ahmed) and his laddish pals on holiday. A truck accident leaves her father unable to provide for their family, so she goes to work at the luxury hotel owned by Jay’s father and overseen by his privileged son. There she gently gives him language tips, accepts his offer to educate her in travel industry management, and enjoys his growing attentions, until one day when he rescues her from roving thugs only to seduce her. Though she flees to her family home and eventually has an abortion, Trishna still proves to be an innocent and consents to live in Mumbai with Jay, who is flirting with the film industry and increasingly effaces his trusting girlfriend as their sexual game-playing becomes increasingly complicated. The shadows of both Hardy and Bollywood flit around Trishna, and this cultural transplant nearly works — the hothouse erotic entanglement between its two principals almost but not quite convinces one that Trishna would be driven to desperate ends. Still, even as Trishna, like Tess, infuriates with her passivity, her story occasionally enthralls — the fruit of Pinto’s surprisingly brave, transparent performance. (1:53) (Kimberly Chun)