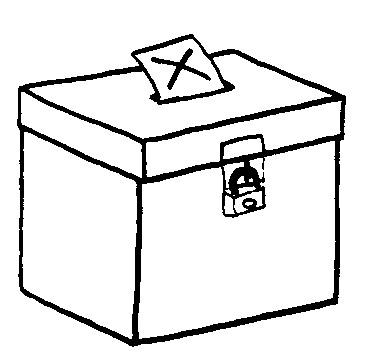 Since San Francisco began using ranked choice voting in 2004 and public financing of campaigns in 2002, the city has been a leader in the types of political reform badly needed at state and national levels. People of color today have an unprecedented degree of representation and progressives are a dominant presence in city government. Elections are being decided in November, when turnout usually is highest, and the combination of public financing and deciding races in one election minimizes the impact of independent expenditures and Super PACs .

Yet progressive stalwart Calvin Welch, whose work we have long admired, recently authored a Bay Guardian oped against RCV. His charges against RCV are as wrong today as they were when he first made them 10 years ago when he opposed RCV on the ballot. And given the horrible Supreme Court ruling known as Citizens United, which has opened the floodgates on corporate campaign spending and did not exist when San Francisco last used separate runoff elections, returning to two elections is a direct threat to the future of San Francisco progressivism.

The most serious of his claims is that RCV favors “moderate to conservative candidates” because “left-liberals do very well in run-off elections” since “in low-turnout elections, left-liberals vote more heavily than do conservatives.” He cites the 2000 supervisorial races and 2001 city attorney race, in which “the more liberal candidate for City Attorney, Dennis Herrera” bested “Chamber of Commerce functionary Jim Lazarus.” He asserts “that’s a verifiable San Francisco political fact.”

He continued: “If San Francisco had used [ranked choice voting] in November, Herrera most likely would have won by an even greater margin. In November, the liberal/progressive candidates for city attorney won a combined 60 percent of the vote…In the December runoff, however, Herrera won with only 52 percent of the vote. Thus, due to the proportionally greater decline in progressive voter turnout, Herrera probably lost approximately 8 percent of his potential vote, making the election close.”

DeLeon also rebutted Welch’s citation of the supervisorial races in 2000 as ones that demonstrated a progressive advantage in low-turnout runoffs, writing:

“Progressive success that year was NOT due solely to a one-time surge in turnout among progressive voters…Many powerful forces converged in that election, not least the anti-Willie Brown backlash, the cresting of the dot-com invasion, and the return to district elections, which forced despised incumbents to stand trial before angry neighborhood electorates.”

DeLeon concluded:  “Based on the evidence presented, I conclude that December runoffs have hurt progressive voters, candidates and causes in the past and (absent same-day runoffs) will continue to do so in the future, even under district elections.”The Bay Guardian cited Professor DeLeon’s study in March 2002 (see  and scroll down to “A is OK”), and Mr. Welch is ignoring these results today just as he did then.

Certainly progressives haven’t won 100% of RCV elections — should any political perspective? — but they have done well nonetheless, electing  Bay Guardian-endorsed candidates like John Avalos, David Campos, Eric Mar, David Chiu and Ross Mirkarimi, despite those candidates not being incumbents. Other progressive incumbents first elected before RCV elections, like Aaron Peskin, Chris Daly, and others, were re-elected under RCV. And Mirkarimi was elected citywide in the sheriff’s race. On  the flip side, progressive Eileen Hansen most certainly would have beaten moderate Bevan Dufty in a November RCV contest for D8 supervisor; instead she lost in December after finishing first in November.

Research has demonstrated that voters in low turnout elections are disproportionately more conservative, whiter, older, and more affluent; those who don’t participate are people of color, young people, poor people — and progressives. So having a mayoral race in a low turnout September election has real consequences not only on voter turnout but on the demographics of the electorate.

While we share the priorities of Welch’s progressive economics, we believe progressivism must be more inclusive, especially if it wants to enjoy the support of these burgeoning demographics. While disappointed by the lack of progressive achievements of President Barack Obama, we still view the election of the first African American as president as a major progressive achievement.

Finally, we would assert that the ranked ballots used in RCV have been important for San Francisco democracy. Just look at the recent “top two” primary on June 5, and you can see the defects of the methods proposed to replace RCV. In many races across the state – including in the Marin County congressional race where progressive Democrat Norman Solomon lost by 0.2 percent — too many spoiler candidates split the field and candidates got into the top two with extremely low vote percentages, some as low as 15 percent of the vote. In one race where there was a Latino majority and a solid Democratic district, the Democrats ran so many candidates that the Democratic vote split and two white Republicans made the runoff with low vote percentages.

San Francisco risks such elections if we get rid of RCV. Think of the last mayoral election, and the choice for Asian voters if we used single-shot plurality voting instead of RCV. Which Asian candidate would they vote for with their single-shot vote — Lee, Chiu, Yee, Ting, Adachi? What kind of vote split might have occurred? And to avoid that, what kind of backroom dealing would have occurred BEFORE the election to keep that many candidates out of the race to prevent that vote-splitting?  We saw such vote splitting in the 2003 mayoral election as well, with various progressive candidates running and splitting the progressive vote. Going back to plurality elections would be damaging for constituencies that often run multiple candidates, such as the Asian and progressive communities.

RCV has been good for San Francisco, and we should keep it. For those who would like to see a runoff in mayoral races, Board president David Chiu has proposed a compromise that, while increasing the costs of running for mayor, is far better than the repeal measure for September elections. Chiu’s proposal would keep RCV to elect the mayor, but with a December runoff if no mayoral candidate won a majority of first rankings in November. The 2011 mayoral election would have gone to a runoff, with John Avalos as Ed Lee’s opponent.

San Francisco progressives should embrace a view of progressivism that is inclusive, promotes higher turnout and is based on a politics that is looking forward instead of backward to some golden age that never existed. Ranked choice voting and public financing are two parts of the puzzle for ensuring a vibrant progressivism.

Steven Hill led the campaign for ranked choice voting in San Francisco, and Matt Gonzalez was President of the Board of Supervisors and legislative author of the RCV charter amendment. See www.SFBetterElections.org for more information