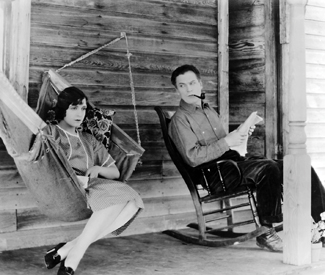 FILM In 1969, a lot of silent films unloaded on the Library of Congress by Paramount Pictures was found to include The Canadian, a little-remembered 1926 drama that proved a major rediscovery when shown to new audiences under the American Film Institute’s banner. Its director, William Beaudine, had never seen it — hustling between assignments at different studios, he’d had no time — and would die at age 78 in March of 1970. But the prior month he managed (just out of the hospital, in a wheelchair) to catch a revival screening. Surprised by both the film and his standing ovation afterward, he admitted “Maybe I wasn’t such a bad director after all.”

That wasn’t just false modesty speaking — over the course of six decades in the business, Beaudine no doubt had been called a bottom-rung director, or worse. This wasn’t due so much to the actual quality of his movies (had anyone bothered to evaluate them as a whole) as the assumption that no one so ludicrously, indiscriminately prolific could possibly be good. Upon retiring a couple years earlier, he’d completed some 500 theatrical films (including shorts) and approximately 350 TV programs. No one even knows the precise numbers, as he occasionally worked under pseudonyms. What could you say about a man credited with such titles as Blonde Dynamite (1950), Tuna Clipper (1949), Billy the Kid vs. Dracula (1966), Voodoo Man (1944), Trick Golf (1934), The Girl from Woolworth’s (1929), and Bela Lugosi Meets A Brooklyn Gorilla (1952)? How could a one-man factory be expected to be an artist, too?

The truth was that Beaudine seldom got the chance to be one, and by being so pliant and efficient at directing low-end commercial product he probably helped ensure those chances would be rare. Still relatively unknown, The Canadian was certainly one such exception. It plays Saturday afternoon as part of the 17th San Francisco Silent Film Festival, on a program that will also see an honorary award go to Telluride Film Festival directors Tom Luddy, Gary Meyer, and Julie Huntsinger for their event’s long-standing efforts at preserving and exhibiting silent cinema.

A working-class Manhattan native infatuated with the movies from childhood — Beaudine and his brother actually acted in a 1900 short for Thomas Edison’s company — he began working in the then-NYC-centered early industry while still a teen, performing nearly every job behind (and a few before) the camera. He apprenticed under pioneers D.W. Griffith and Mack Sennett, graduating to the director’s seat shortly after a second, permanent move to Los Angeles in 1914.

Beaudine quickly acquired a reputation for being fast and funny — comedy was considered his forte, alongside working with child actors. It was the latter talent that won the attention of “America’s Sweetheart,” film industry tycoon Mary Pickford. Grudgingly accepting that the public still only wanted to see her in juvenile roles despite the fact that she was pushing 40, she chose him to direct two “comeback” vehicles after a year’s hiatus. Sentimental 1925 entry Little Annie Rooney was a great hit; the next year’s more Gothic Sparrows is still considered by some her best vehicle.

These prestige assignments and several other box-office successes should have lifted Beaudine to the top tier of Hollywood directors — he was already paid accordingly — yet curiously his self-effacing flexibility and ability to deliver the goods under-budget seemed to work against his acquiring the kind of artistic cred that might have let him choose his projects, or be assigned bigger, A-level ones. Frequently loaned out by whatever studio he was currently contracted to, he invariably did a sound job, even if the material was sub-par.

The Canadian itself was an example of his ability to roll with the punches. Sent east by Paramount to make a football picture, he arrived in New York only to find he was now directing a rural drama instead. Improbably based on a W. Somerset Maugham play, it starred Thomas Meighan as an Alberta farmer who marries his neighbor’s sister — a sort of grudge match, as she (Mona Palma) is a European society snob just recently forced here by dwindling family fortunes, and who proposes marriage herself largely to spite the brother and sister-in-law she’s managed to offend.

Sometimes compared today to Victor Sjöström’s 1928 The Wind with Lillian Gish, The Canadian is much less extreme in its style, melodrama, and emotions. (Its heroine doesn’t nearly go mad, for one thing.) The taming-of the-snoot gist is routine, but played out with charming naturalism and restraint. A somewhat difficult, weather-challenged location shoot near Calgary paid off in admiring reviews and good business, although by then Beaudine was already well into other projects, the most immediate being SF-set Frisco Sally Levy (1927).

Beaudine nimbly transitioned into “talkies,” freelancing rather than tying himself down. Yet perversely his adaptability, and knack for getting the most out of a budget, got him typed as a B-pic director rather than promoted to the front ranks. Wiped out in the 1929 stock market crash, he accepted what turned out to be a very successful stint abroad directing some of the top English comedians (notably Will Hays in 1936’s deliciously titled Windbag the Sailor). But those films weren’t seen in the U.S. When he returned home, Beaudine was — for reasons still murky — shut out at every Hollywood major, despite a long track record and being widely liked by coworkers.

His remaining three decades were a testimony to dogged workaholicism, versatility, and solid craftsmanship under sometimes trying circumstances. He worked for all the low-budget “Poverty Row” studios, as well as companies targeting “Negro-only” cinemas, and Protestant church circuits. He chalked up umpteen bottom-half-of-the-bill features in popular series, including dozens starring those aging adolescent cutups the Bowery Boys. He also directed infamous “sex hygiene” film Mom and Dad (1945), which for years played grindhouses and tent shows while fending off as many legal challenges as Deep Throat (1972) years later. Moving into television, he cranked out episodes of everything from The Mickey Mouse Club and Lassie to The Green Hornet — becoming surely the sole person ever to direct both Mary Pickford and Bruce Lee.

This year’s Silent Film Fest contains many more treasures, from two with the “It Girl” Clara Bow (1926’s Mantrap, 1927’s Wings) to films by Ernst Lubitsch, Josef von Sternberg, Georg Wilhelm Pabst, and Buster Keaton; from China, Russia, and Sweden; and with irrepressible cartoon id Felix the Cat. If you loved The Artist, check out The Mark of Zorro (1920) — its leaping, grinning star Douglas Fairbanks was the unmistakable model for Jean Dujardin’s Oscar-winning turn. *